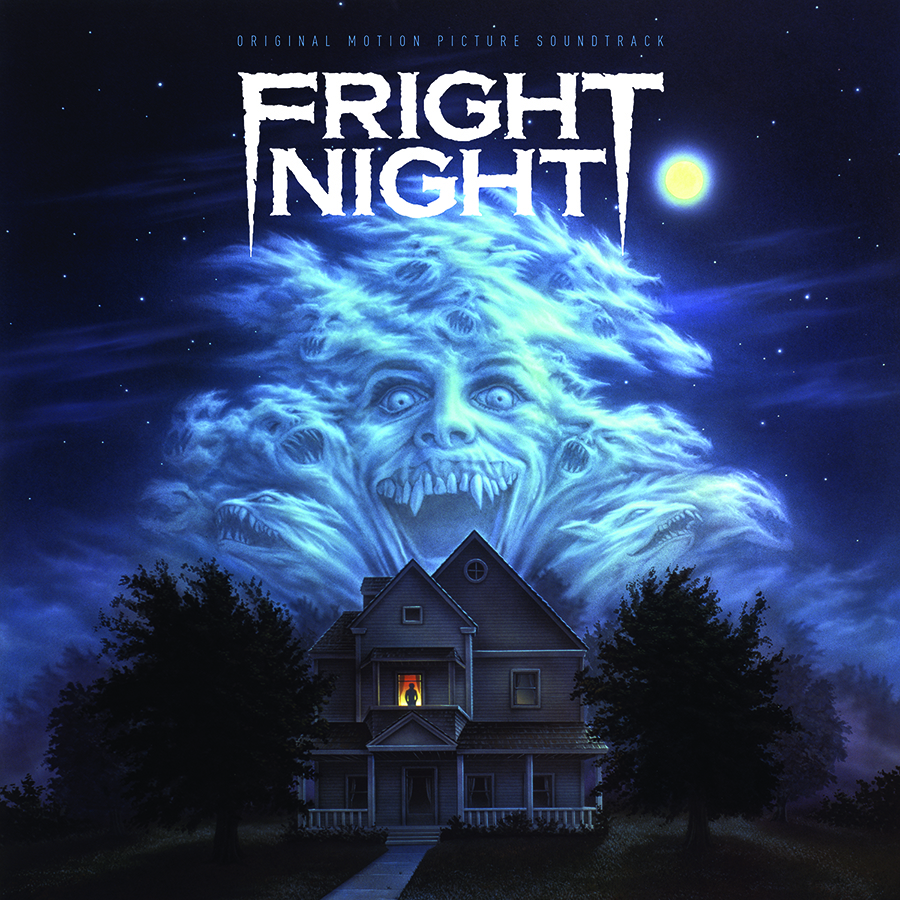 The soundtrack to Fright Night, the 1985 vampire film, has been of print since the 1980s. It just missed the “let’s shovel out everything out on CD” era, so it was never issued (legitimately) on CD. Night Fever is reissuing it for its 30th annivesary, with remastered audio and pressed on 180-gram blue/white evil-haze vinyl (limited to 2,000). There will also be a blue glow-in-the-dark variant (limited to 200) and a picture disc.

The Night Fever webstore has all three, while go indie for the 2,000 copy variant.

It will be released on March 25th.

Chris Brown
After appearing on classical and punk rock records in the 1980s, Chris Brown, settled into a career at a music/movie/book/video game store. While at Bull Moose, he proposed Record Store Day. He currently combs new release lists in search of repressings of weird old European soundtracks and production music.