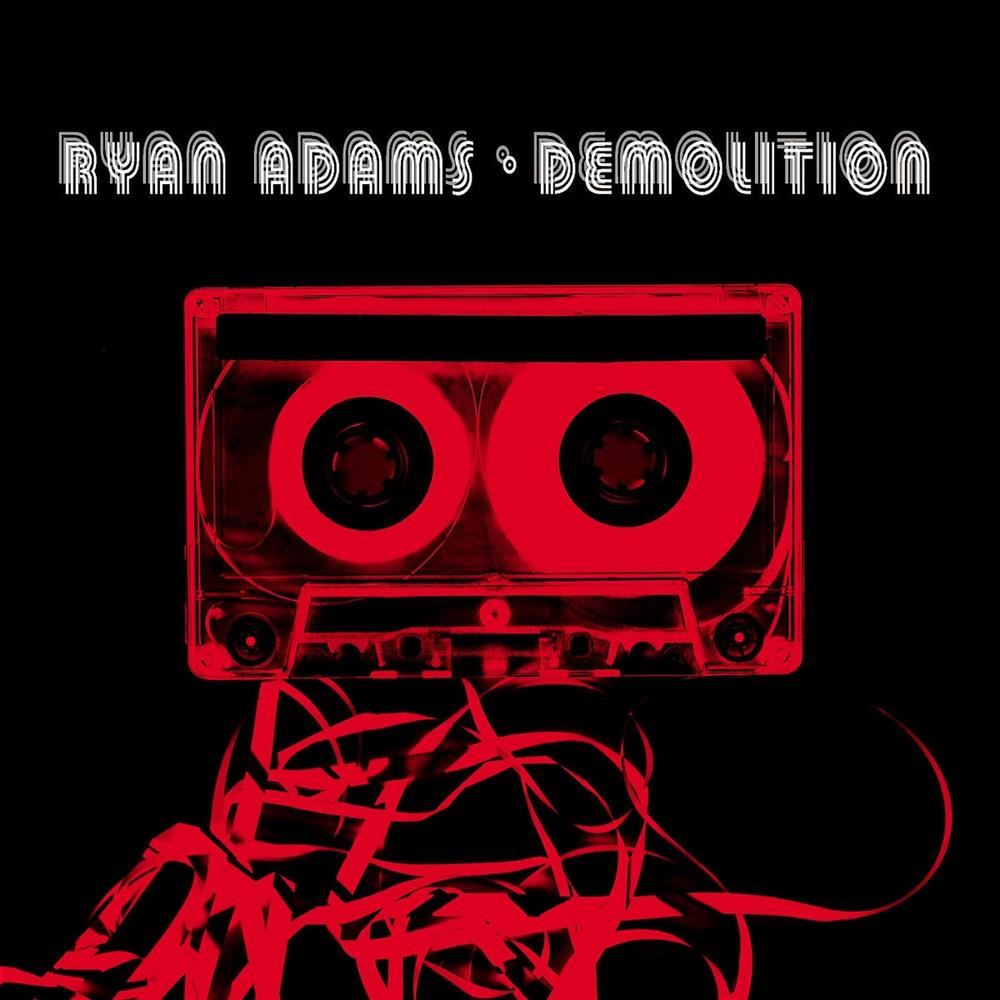 The fact that Ryan Adams’ Demolition is even in my record collection is a bit strange for a number of reasons.

First of all, while Demolition is listed as the third full-length Ryan Adams album by reputable sources such as Wikipedia, it isn’t actually an album at all. Rather, this record is a mixtape that Ryan’s old label, Lost Highway, compiled from numerous recording sessions and other full-length projects that were in the pipeline at the time. As a result, Demolition lacks both flow and consistency. It’s almost bizarre the album ever even got a vinyl release considering its decidedly non-album status. I mean, just think about all of those albums that you want pressed, and then think about the fact that this thing that Ryan Adams didn’t even intend as a cohesive album is incredibly easy to find. Is that injustice, or is it just comic irony?

It’s especially weird that Demolition is in my collection since I only own two Ryan Adams albums at this particular juncture. (The second is Ryan’s 2014 self-titled record, which, let’s be honest, is much better than Demolition.) I even consider myself a pretty big Adams fan, but I just haven’t gotten around to acquiring his albums on wax, yet. Even Gold, which I adore.

Bottom line, Demolition is the perfect album for my first Random Pull because it is an incredibly random entry in my collection. I don’t play it often and sometimes I forget I even own it. But when you’re a newly-minted record collector, looking to build up your collection, and Best Buy has a sale where new copies of Demolition are going for $5, you throw the album in your cart, because why the hell not?

I had a Best Buy gift card when that particular sale was going on in the fall of 2014, which meant I picked up six or so records for about $10 out of pocket. Among the haul were all-time favorites (Jason Isbell’s Southeastern, Dawes’ Stories Don’t End, and Jimmy Eat World’s Chase This Light), solid catalog entries (John Mayer’s early 2000s guitar-pop staple Room for Squares), and…Demolition. It probably goes without saying that Southeastern has gotten a lot more play in the year and a half since that purchase than Adams’ glorified B-sides collection.

All the snark aside, I do like Demolition. I like it a lot. This record contains some of Ryan’s most gorgeous ballads, some of his best ramshackle rockers, and some seriously weird shit that probably makes a lot more sense now than it did in 2002. Today, we know Ryan as an idiosyncratic, ultra-prolific dude who is as willing to be super serious and introspective (Heartbreaker, Ryan Adams) as he is to dive into weird side projects (his Orion metal album), tossed off sonic diversions (his 1984 punk album), and heart-on-the-sleeve divorce albums disguised as populist publicity stunts (his full-length cover of Taylor Swift’s 1989). Back in 2002, he was still a new-on-the-block singer/songwriter, one who had been anointed as the next acoustic-guitar-slinging hero upon the release of his debut (2000’s Heartbreaker) and then knocked down a few pegs for the slicker, poppier follow-up (2001’s Gold).

If Demolition was supposed to offer up answers about what kind of artist Ryan was going to be, it didn’t. The album doesn’t have quite the sheen or punch that Gold has, but it doesn’t have the sparse, bedroom confessional feel of Heartbreaker, either. It also feels like a mixtape. This album has some of Ryan’s liveliest country groovers (the harmonica-blasted “Hallelujah,” not a Leonard Cohen cover), some of his most immediate love songs (“Desire”), some of his most demoralizing break-up ballads (“She Likes to Play Hearts”), and at least one of the greatest, most resilient things he ever wrote (“Dear Chicago”). It’s also got snippets of raw, shambling rock and roll (“Nuclear,” “Starting to Hurt,” and “Gimme a Sign”) that sound nothing like his first two albums, but sound a whole lot like his fourth (2003’s much maligned and mostly misunderstood Rock N’ Roll). And all of this material is on the same album that ends with Ryan sounding like he just shot up on horse tranquilizers — on the slow-to-the-point-of-dead “Jesus (Don’t Touch My Baby).”

Nowadays, Demolition is typically regarded in one of two ways. Those who think of it as a proper album call it one of Ryan’s worst, if not the nadir of his entire catalog. In the context of his discography, it certainly feels ambitionless and confused. Those who know of its roots and the label intervention behind it tend to be a bit kinder to Demolition, viewing it as a compilation of decent songs that don’t fit together at all, and that’s okay. The best thing I can say for Demolition is that it got some top-notch Adams material out into the open, rather than letting it languish in the vault for years at a time. Many of the other songs on the albums which Demolition was culled from (48 Hours, The Suicide Handbook, and The Pinkheart Sessions) weren’t so lucky.

The Suicide Handbook songs got the fairest showing, because a bunch of them (“Wild Flowers,” “Firecracker,” “La Cienega Just Smiled,” and “Answering Bell”) got polished up and fleshed out for Gold. But “For No One,” one of Ryan’s sweetest ballads, missed the cut and has never been properly released. 48 Hours, arguably Ryan’s most overtly alt-country album since the Whiskeytown days, is arguably the crown jewel of his unreleased stuff, though. In particular, the steel-guitar-laden “Walls” and the splendid acoustic “Like the Twilight” are top 20 Ryan Adams songs, and both are tunes that most casual fans haven’t even heard. (Way to go, Lost Highway!) The Pinkheart Sessions, finally, is the weakest of the three Demolition albums, but it’s still got a fun Replacements-esque punk ethos about it—particularly the gleefully messy “Mega-Superior Gold.”

Ryan Adams does not like Demolition, and you can’t blame him. He once said that “the rock songs are plodding and the quiet songs belonged to better records,” and that’s about the best description that can be ascribed to this LP. Putting this record on the turntable is definitely a reminder of how much I’d rather have 48 Hours on wax. But it’s also a reminder that, even when his label was fucking everything up, Adams was still one of the sharpest, smartest, most prolific, and most versatile songwriters ever. Let’s just be thankful that Ryan owns his own label now and can do whatever he wants with his music. It’s better for everybody that way.