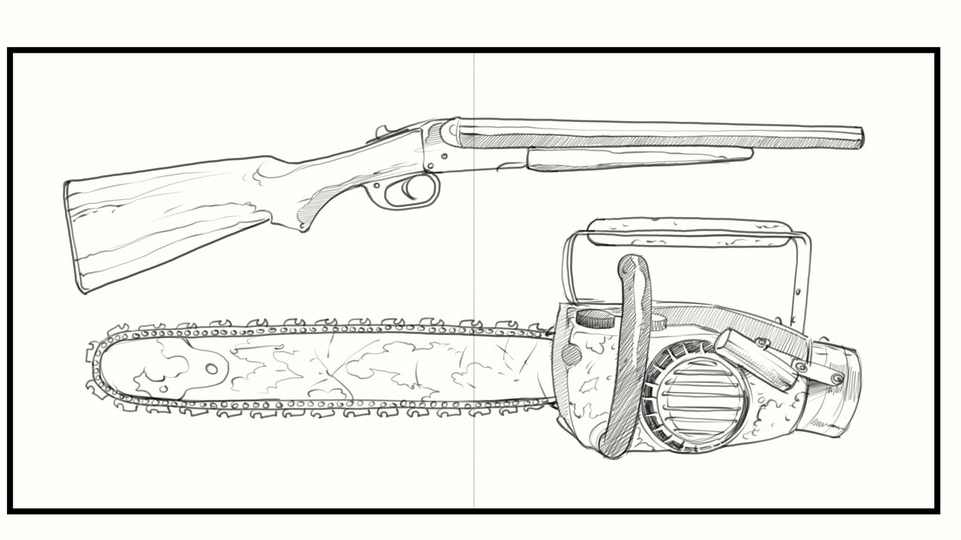 Okay, this is pretty fun. Waxwork has been teasing their Evil Dead 2 release for some time now and it looks as though they’ll be going about this release like no other soundtrack label has done yet — with “Fan Designed Packaging” featuring artwork from the design outfit Phantom City Creative. PCC are no strangers to vinyl soundtrack artwork, having most recently worked on the massive Batman the Animated Series Vinyl Box Set Mondo put out a few months back.

“Waxwork Records is excited to launch our very first fan designed soundtrack poll. What this means is that you get to vote on various concepts for the front album cover, inner gatefold, and back cover art of the LP jacket for our upcoming soundtrack release of the 1987 horror classic, EVIL DEAD 2.”

So not only are they letting fans get an even better look at the making of one of their soundtracks, but fans are actually getting to contribute to how the final product will turn out. You can go to the site right now to check out their full writeup, see all the designs, and vote! Choose wisely everyone, I gotta review this thing after all!

They also unveiled some cool patches featuring their new logo on their Instagram – these dropped. Sub holders will be getting these for free.