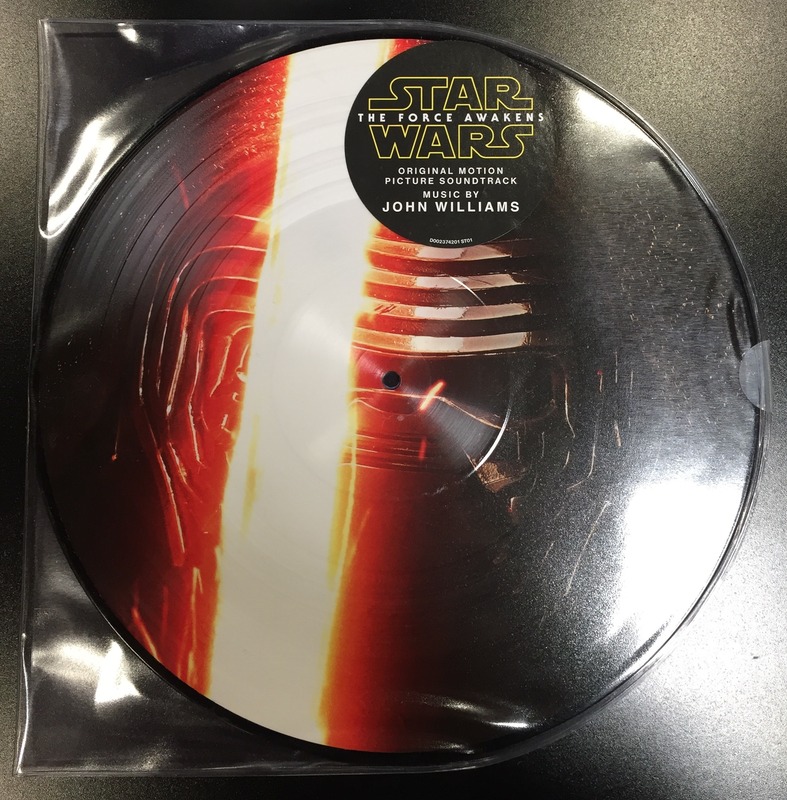 Back in December of 2015, the first vinyl version of the Star Wars: The Force Awakens soundtrack was made available for pre-order. It’s since been pushed a few times (dropped down below $40 only once) and is now set for a May 20th release date at $47.99. Hot Topic to the rescue!

HT will be releasing a picture disc 2xLP version of the soundtrack this Friday (tentatively), shown below (pictures courtesy of Travis Peacock of HT). There’s no price listed right now, but I’m just going to assume it won’t be $50.

We’ll keep you updated. We can’t seem to get a really great Star Wars picture disc, with RSD being pretty dull and this being the “stuff in front of their faces” poster design. Probably just what Disney is providing retailers though so I won’t complain too much.