(#blessed) They finally made BB8 a picture disc 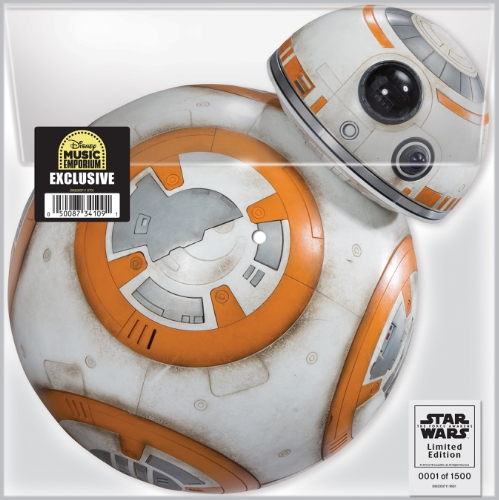 I’ve been crapping on the Disney people every time we see a picture disc for The Force Awakens and it’s not BB8. Well crap no more!

Currently at WonderCon, they have a BB8 vinyl release that includes “March of The Resistance” and “Rey’s Theme,” aka the same tracks that are going on the RSD picture disc release. An image from @parksandcons also has it limited to 1,500 (the RSD one is 5,000). So we have BB8, it’s a small run though so we’ll see if it makes it out of the con alive and for online sale.

And a reminder, they just released the full soundtrack in a pic disc, on sale at Hot Topic (and WonderCon if you’re there). There’s a black version eventually coming for you audiophiles out there.

Note: In this photo I saw a couple other cool things. Is that the Tron Legacy 7″ for “Translucence”? And maybe another Star Wars picture disc with a stormtrooper on the bottom?