Random Pull: Valencia — We All Need a Reason to Believe 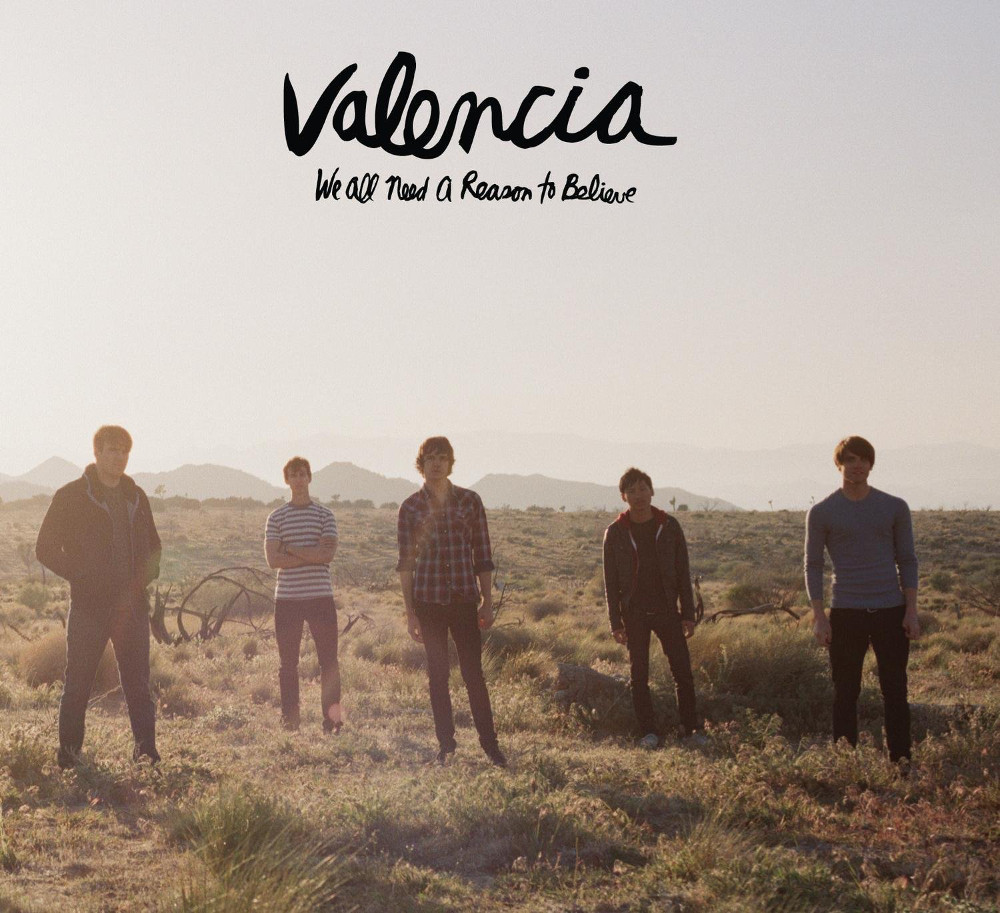 Most pop-punk albums are about the beginnings of relationships, the ends of relationships, or summertime. And more recently, apparently, pop punk has become the official genre of pizza. Valencia’s sophomore masterpiece We All Need a Reason to Believe technically is about all of those things (except the pizza, probably), but it approaches them in a fundamentally different way than your average within the genre. Suffice to say that, while I’ll still pull this album out every spring when the weather finally warms up, it’s weightier than your average windows-down pop punk record. It’s also better: arriving in 2008, We All Need a Reason to Believe was a little late to capitalize on the mid-2000s genre boom or to go down in history as an undisputed classic of it. For me, though, the list of albums in the “pop punk” sphere that hold a candle to this one is very, very short.

Valencia frontman Shane Henderson lost his girlfriend in a tragic accident in 2006, and suffice to say, the event changed his life forever. Valencia’s first record, 2005’s This Could Be a Possibility, was a fine if unremarkable pop punk LP. All of the music Henderson wrote after losing the love of his life is on another level. Suddenly, Henderson wasn’t making records because he wanted to; he was making records because he had no other choice.

That much was evident from his 2007 album When the Flowers Bloom, a one-off release from side project The Promise of Redemption that stripped down Valencia’s sound to a more bare-bones acoustic structure. Originally, Henderson didn’t even intend to release that record for public consumption. Rather, those 13 songs were his grieving process — his way of “getting through,” as he states on the album’s intro track. Ultimately, he did put When the Flowers Bloom out into the world, with the hopes the record’s excavation and exorcism of his demons would help other people through their own losses. I’ve heard a lot of records in my life; I have never found one as heartbreaking as Bloom.

If that was Henderson’s grieving process, then We All Need a Reason to Believe is his attempt to move on. Signed to Columbia and with producer Ariel Rechtshaid behind the boards — a remarkable bit of trivia now, since Rechtshaid has gone on to produce for Brandon Flowers, Vampire Weekend, Haim, Beyonce, and Adele, to name a few — things were looking up for Valencia in 2008. Their record reflects that fact, with sunny, summer-ready rock songs that look forward to the future with hope aplenty. There are songs about going home, falling in love, hitting the beach, rolling the windows down, driving alone until we find ourselves, and staying up all night — among other things. Those lyrical tropes, in some form or another, could be found on the vast majority of pop punk records. Even if you listen to this album without knowing about Henderson’s loss, though — as I did for years — there’s something about it that makes those stories feel more real and more lived in than they usual do in this genre.

When I first heard this record, I was a few months shy of my high school graduation. I didn’t know anything about Valencia and I definitely didn’t know Shane’s story. I was just looking for a catchy record to listen to a lot as the spring came rolling in and the weeks left in my high school career dwindled. This record was perfect for that role. The chorus hook in “Holiday” — “When I’m home for a week on a holiday/I look around, everything has changed/Life’s not the same since you gone away” — seemed to anticipate the way this town was going to change when me and the rest of my graduating class left it behind in a few months. Hell, “Free” was on my end of high school mix CD, a big anthem perfect for closing out one chapter and starting the next.

When I listen back to We All Need a Reason to Believe now, knowing what happened to Henderson’s girlfriend and how it devastated him, it’s not hard to see why his stories about going back home or remembering better times felt so authentic to me seven years ago. Whether he’s driving the streets of a familiar town or revisiting his memories in dreams (musing about “The Good Life”), Henderson spends this disc recalling the summers he shared with the girl he loved before she just wasn’t there anymore. So yeah, We All Need a Reason to Believe really is a summer record. It’s just a different kind than most of us are familiar with.

Valencia would only release one more album after this — 2010’s almost-as-good Dancing with a Ghost. Shane Henderson then put out a 2013 EP under the moniker of “Shane Henderson and the Future Perfect,” but the supposed full-length never materialized. Last year, Valencia did a handful of tour dates where they played this record in its entirety, but there was no word of the band getting back together. We were fortunate to get a vinyl pressing of We All Need a Reason to Believe from Bad Timing Records in 2013 — the label’s second release ever. Sadly, it seems like we’ll never hear from this band again, and who knows if we’ll get another record from Henderson in any form.

Still, if you’re only going to release a small handful of records in your life, When the Flowers Bloom and We All Need a Reason to Believe are the types of records you should make. Both are as genuine as albums come, works of art fueled by love and loss and reflecting both in their words and big-hearted melodies. I’ve outgrown a lot of the pop punk records I used to love and most of them don’t even get mp3 play-throughs these days — let along vinyl purchases. As for modern pop punk, the less that I say the better. Those records just don’t have the same hooks or heart that the genre used to have. Even with all of the evolutions my music taste has gone through, though, We All Need a Reason to Believe still won’t let it go, and frankly, I don’t want it to.