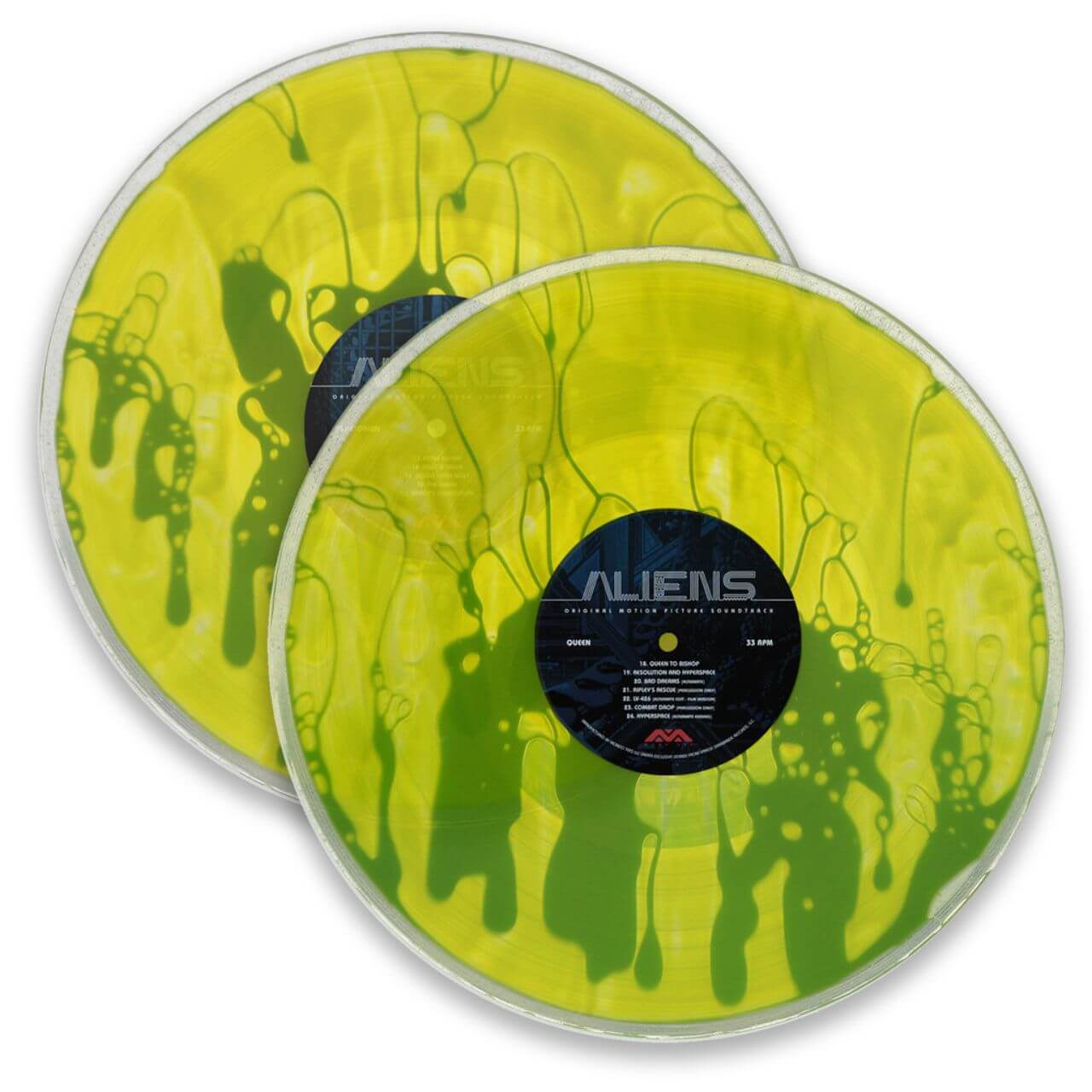 Update 4/21/16: Mondo’s own release cleared up some of the confusion. No standard vinyl reissue, there will be 75 copies of the liquid filled records for Aliens, priced at $225. Some will be available at a South Lamar pop-up shop on April 26th, while others online at 11 a.m. CST.

Prometheus vinyl will be on sale at the same time.

As part of “Alien Day,” April 26th, Mondo will be releasing new variants for the Aliens score and the vinyl release for Prometheus.

The press release through The AV Club says it will be reissued on standard vinyl (so just more copies? This has been released already) and a limited edition (75 copies) clear wax with green blood inside. They don’t mention where exactly those will be on sale (it will be a bloodbath I’m sure).

The Prometheus vinyl release will be on heavyweight grey splatter vinyl (limited to 1,000) and on black vinyl.

You can see the Prometheus art below. Killian Eng does artwork for both releases.