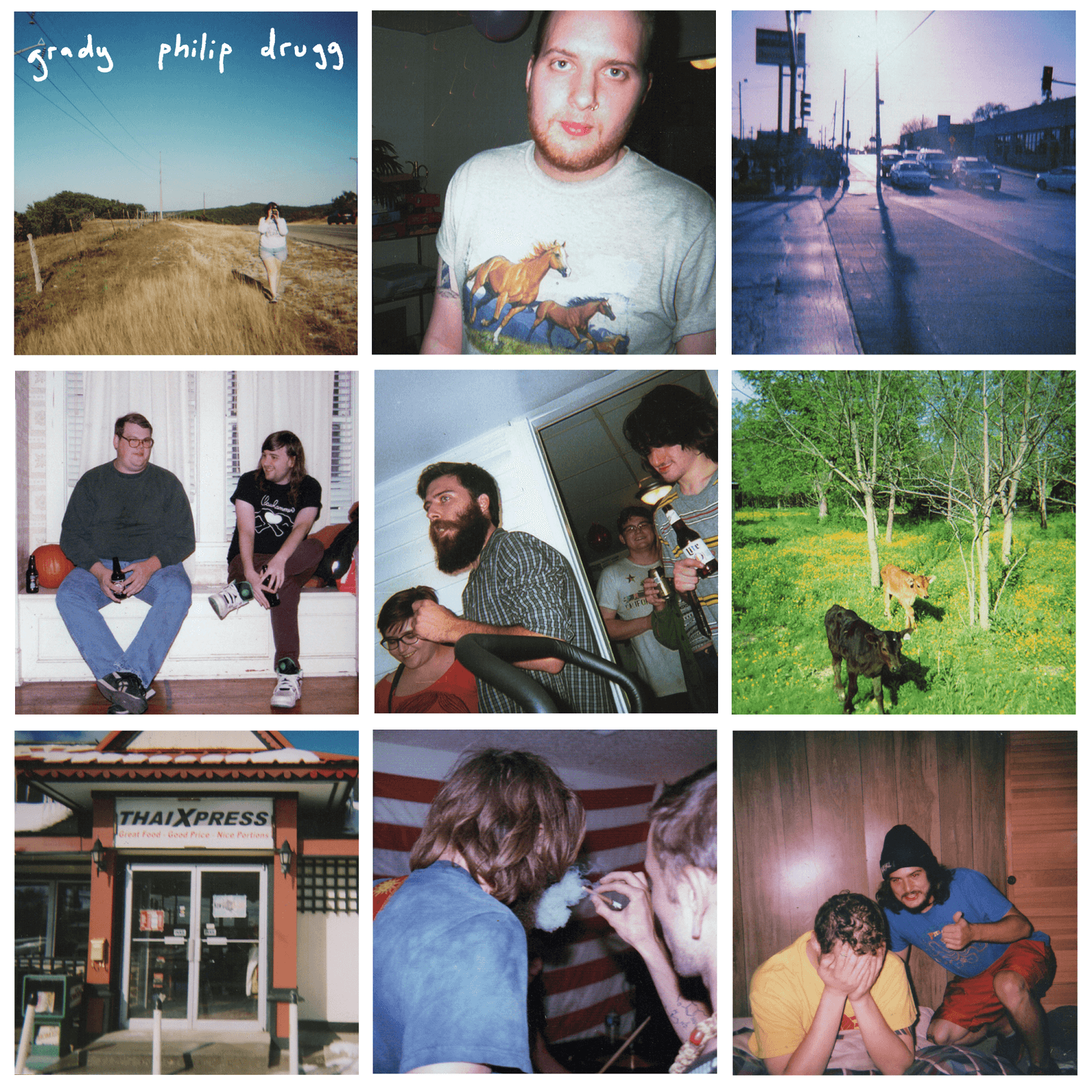 Over at Near Mint, they’re giving a cassette release to the self-titled album from Grady Philip Drugg. The cassette run is limited to a little over 50, with 26 on “Lime Green w/White Ink” and 31 on “Royal Blue w/White Ink.”

Grady Philip Drugg was given a four-track recorder by his girlfriend and wrote a dozen songs in fourteen days. Does the result speak to this gift? Sometimes. Songs like “If You Love Her” and “Nonbeliever” ooze with timeless pop zest, the latter boosted from a nostalgic keyboard swirl. Other times, no.

The cassettes will be shipped out on or around May 20th.