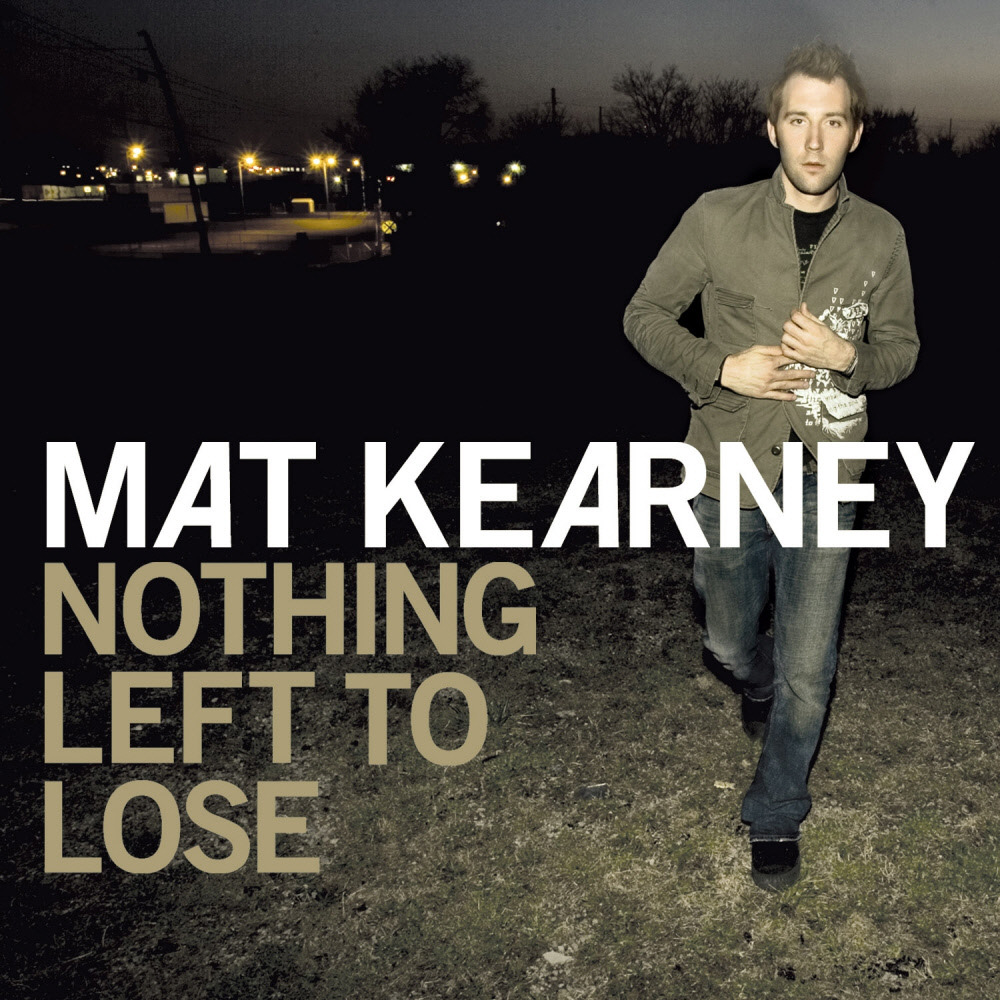 “Please Press” is a feature that runs regularly, detailing the albums that Modern Vinyl would love to have on the vinyl format. If you have a vinyl release that you just can’t live without anymore, either leave a comment below, or email news@modern-vinyl.com.

I almost feel like I should quit asking for represses while I’m ahead, as I’ve already gotten the milestone reissue (The Wallflowers’ Bringing Down the Horse) I most hoped would be coming in 2016. But there are several incredible records celebrating their 10-year anniversaries this year that I hope end up on vinyl. Number one on that list would be Butch Walker’s The Rise and Fall of Butch Walker and the Lets-Go-Out-Tonites! (and let’s get Letters while we’re at it), but since I pretty much heard it from the man himself that neither of those things are going to happen, I’ll move on to my next-favorite unpressed gem from 2006: Mat Kearney’s Nothing Left to Lose.

By all accounts, Nothing Left to Lose — Kearney’s major label debut, but contrary to popular belief, not his first album — was a weird mainstream pop record for 2006. Prior to this record, Kearney had at least partially been a contemporary christian music artist. On this record, though, he freely flits between being a post-Garden State bedroom balladeer, a frontman of a Coldplay-esque arena rock band, and a hip-hop freestyler. The result is a 13-track, 56-minute genre-bending release that probably wouldn’t get anywhere near a major label today, but which got a Columbia release and rapidly rocketed Kearney to (relative) stardom.

That’s not to say Nothing Left to Lose was a huge hit or that any of its singles became ubiquitous to the degree of 2006’s world-conquering “song of the summer,” Gnarls Barkley’s “Crazy.” But Kearney — who I stumbled upon through a free iTunes compilation back in the day — did manage to score two minor hits with this record in the form of “Undeniable” and the title track. More importantly, he followed probably the best path to stardom that most mid-2000s singer/songwriters and melodic rock bands had: landing songs in TV soundtrack slots. Specifically, Kearney was a stalwart of early Grey’s Anatomy pop.

This information probably doesn’t make Nothing Left to Lose sound like an album worthy of a 10-year celebratory 2xLP vinyl pressing — or this column, for that matter. But Kearney is a damn sharp songwriter and the album is one of the most ambitious and fully formed major-label debuts of the 2000s. In fact, it was so great in so many ways that Kearney seemingly had nowhere to go but down after he released it. While I’ve liked the three albums he’s released since, they’ve followed a perfect staircase of diminishing returns, the likes of which I don’t think I’ve ever seen from any other artist.

Nothing Left to Lose probably stands a slight chance at a vinyl reissue this year for three reasons. 1) It was a modest hit with a few singles that pretty much anyone could enjoy if they come on at the bar; 2) Grey’s Anatomy is still on TV, so they must have done something right; 3) Kearney has a fairly faithful following and has done vinyl releases for his last two records, the most recent of which just came out last year. Kearney is active, he likes the format, and this record is probably what he is still most known for. Come on guys, make it happen!

I got this album (on CD) for Christmas 2006, and I remember being pretty taken aback by all of the rapping/spoken-word stuff, as I had only heard the more melodic tracks prior to slapping it on my holiday wish list. Not being much of a rap fan then, I was skeptical of  Kearney’s approach, but I quickly fell in love with these songs. What Kearney was doing lyrically was so clearly a cut above of most of the other artists on the radio (or most of the other artists on the Grey’s Anatomy soundtrack), and his big spoken-word sections provided the space he needed to spit out some  vivid, atmospheric poetry. “Undeniable” is a patchwork of high school nostalgia wrapped up in a blissful pop chorus. “Can’t Break Her Fall” is a photo album of a love that didn’t work, spilled into a mold of lilting summer night atmosphere. “Bullet” charts Kearney’s early music career and pays fitting tribute to the one person who always supported him. “Renaissance” surveys the wreckage and redemption of a car crash, laying down beautiful lines like “through the ash, siren screams, and red beams, I hear you sing softly to me.”

Even the songs without the rapped verses weave a beautifully meandering Americana tapestry. “What’s A Boy To Do” tells a wrenching story of sexual confusion, pain, and fear ultimately surrendered up to the arms of suicide; “All I Need” is Kearney at peak craft, spinning that kind of beautifully simplistic love song that songwriters spend lifetimes chasing; “Crashing Down” begs the question of whether or not Kearney missed the boat on becoming an arena rock star, a la early-2000s Coldplay; “Where We Gonna Go from Here” muses about hitting the highway and leaving everything behind, like a lost Bruce Springsteen cut still burning up the radio; and closer “Won’t Back Down” leaves the strains of “hallelujah” echoing through layers of reverb-drenched piano.

There are a lot of things going on in the 13 tracks that make up Nothing Left to Lose. And 10 years later, it’s still Kearney’s most eclectic album — a record so versatile it’s not surprising Kearney pared things down for a more straightforward singer/songwriter approach on the follow-up, 2009’s City of Black and White. But even though Nothing Left to Lose is all over the place from a stylistic standpoint, it has never felt disjointed to me. The themes of this record — of movement and travel, of endings and beginnings, of departures and long-awaited homecomings — tie the songs together and make for a poignant, cohesive listen. For me, it’s an album about home.

Throughout my last two years of college, I lived right across the street from train tracks. Every time I’d hear the whistle blasting through the window of my apartment, I’d think of this album and that line in the title track that goes “I can still hear the trains out my window/From Hobart Street to here in Nashville.” For Mat, in that song, the sound of the train is taking him back home. For me, hearing that sound and thinking of these songs has always taken me back to my hometown and to the summer night when I was 15 and heard “Nothing Left to Lose” for the first time.

Now I’m 25 and a lot has changed. I took this album’s advice and packed up and left, striking out toward new things. College and that apartment where I lived are little more than memories to me now, like the sounds of those train whistles lost and forgotten somewhere on the breeze. As for my childhood hometown, there’s always going to be that piece of my heart that’s drawn back there. And at the end of the day, I guess that’s why I want this album on vinyl: no matter where I am, it takes me back home.

Please Press Nothing Left To Lose.