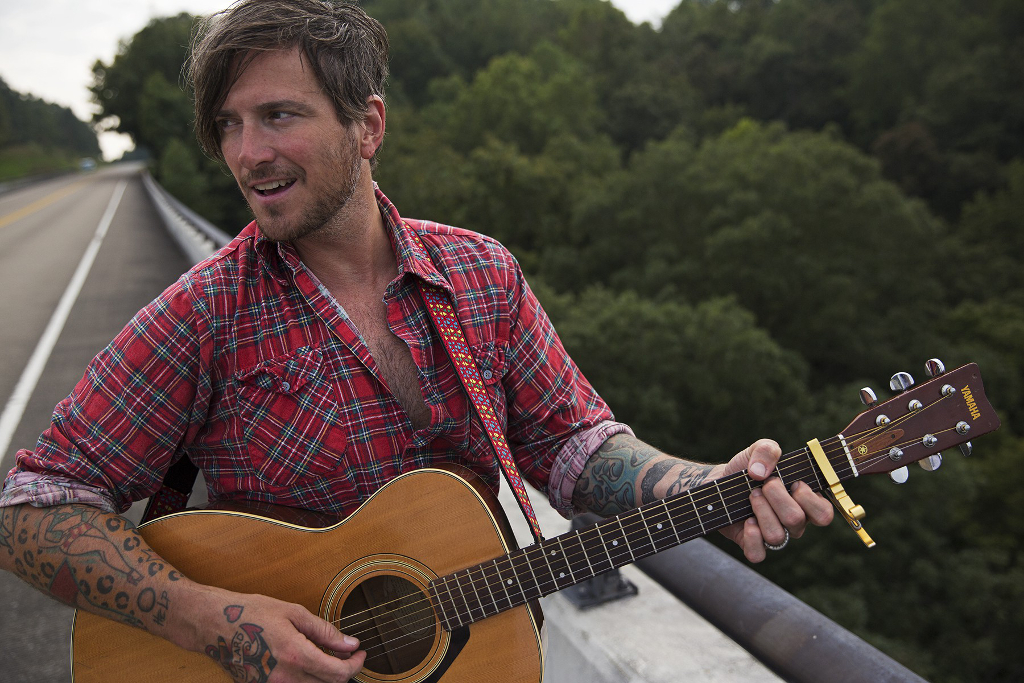 The selections will total no more than 50 minutes.
The selections are arranged in logical fashion, as in how you’d like to hear them in a real tracklisting.
I’m also imposing a rule on myself here, where I don’t reuse any songs that opened or closed albums as the opener or closer for my Perfect LP.

Let’s just get this bit of business out of the way: Butch Walker is my favorite artist ever. His albums have probably meant more to me than any other catalog, at least since I really started getting into music back in 2004. And leading up to the release of his Peachtree Battle EP in 2013, I wrote about every single one of his albums in individual pieces over at AbsolutePunk.net (RIP). I even got to interview him last year, which was life affirming. I’ve spilled a lot of ink over this guy’s music over the years and a bunch of his songs mean the world to me for personal reasons. Needless to say, distilling his discography down to 50 minutes and what amounted to 12 tracks was the ultimate challenge.

To make things easier, I decided to stick just with Walker’s solo career, which encompasses all but one of the albums he’s made since 2002’s Left of Self-Centered. We’re excluding 2008’s Maya, a record made with the one-off side project 1969, but it wouldn’t have landed any tracks on this list anyway. Not using Marvelous 3 tracks meant that I had to leave off “Cigarette Lighter Love Song,” which is one of his best and one of the few songs from that era he’ll still play live from time to time. I probably couldn’t have figured out a spot for it anyway, since it’s five minutes long and would result in some “stacking of the closers” at the end of the playlist, which I wanted to avoid. Still, “Cigarette Lighter Love Song” is a masterwork and is a song you should track down if you haven’t heard it yet.

Probably the only other super notable omission is “Best Thing You Never Had” from 2004’s Letters. Many Butch fans hold this track to be his gold standard, and he played it as the main set closer at every one of his live shows, ranging from about 2004 up to 2011-12. It’s a great song (and, truly, the ultimate bitter breakup anthem), but its impact has been stunted a bit for me by how many times I’ve seen Butch perform it live. Plus, Letters — which is my second favorite album of all time — had already provided three other songs for the playlist and I wanted to cap it there (even though I hold it in such high regard).

A few other points:

Now, before I ramble on too much, the selections that did make the cut:

As I said above, “Uncomfortably Numb” was almost my leadoff track, but this one starts the LP off in a completely different (and no less satisfying) fashion. “3 Kids in Brooklyn,” our first selection from Sycamore Meadows, is arguably the best live song in Butch’s catalog. Sporting a 12-string rave-up with an Irish-whiskey-soaked sing-along refrain, “3 Kids” is Butch at his raucous, rambunctious best. The opening lines — “I left a town of sinners, redneck priests, and meth lab stalls/To find myself a few more just like me” — also just felt like an appropriate starting point for an album.

Far Away from Close (from Left of Self-Centered, 2002)

Our one and only selection from Butch’s solo debut, “Far Away from Close” also remains one of his purest and catchiest pop songs. One listen to that bridge should show why this metalhead turned pop-punk kid was able to write songs with some of the biggest mainstream artists in the world. I’m pretty sure Butch loathes Left of Self-Centered now, but this underrated gem is good enough to hang with his upper echelon.

It was a regret that I could only fit one song from 2011’s The Spade, the loudest, loosest, and purest rock ‘n’ roll record Butch has ever made. If I had to distill that riot of an album down to one track though, it made sense to pull the lead single — a song so infectious that it’s impossible not to sing along. Another of Butch’s finest live numbers, “Summer of ’89” is also one of several autobiographical songs on this record, telling the story of how he got his start playing in bars and clubs when he was still a teenager.

Another autobiographical number, “Going Back/Going Home” is our second track from Sycamore Meadows and maybe the most definitive song in the Butch Walker discography. After losing his home and all of his belongings in a 2007 California wildfire, Butch said to an interviewer “I finally know the difference between going back and going home.” That bit of insight forms the backbone to this lyrical gangbuster, a song that sees him re-centering his perspective on what matters most in life right before our ears. The mid-section — where Butch “raps” through his entire story as an artist — made this one indispensable for the “perfect” Butch Walker LP.

Rich People Die Unhappy (from The Rise and Fall of Butch Walker and the Let’s-Go-Out-Tonites!, 2006)

This is the last song I added and it made the cut as something of an afterthought. The first selection from 2006’s The Rise and Fall, “Rich People Die Unhappy” is also the most overtly country song Butch ever recorded — even as he’s continued to drift more and more in the Americana direction for the past 10 years. The arrangement is drenched in pedal steel, but the lyrics and imagery are all Dylan — fitting, since Butch borrowed the conceit of Dylan’s “Subterranean Homesick Blues” for the video. Full disclosure, this song only made the list because I had 2:37 to spare and it clocks in at 2:29. Still, “Rich People Die Unhappy” is a criminally overlooked diamond in the Butch Walker discography and, like the album it comes from, deserves another look.

Chrissie Hynde (from Afraid of Ghosts, 2015)

The first inclusion from last year’s Afraid of Ghosts and our LP’s first real ballad, “Chrissie Hynde” closes out side one on an elegiac note. Featuring production from Ryan Adams, “Chrissie Hynde” is all acoustic guitars and reverb-y pianos, surrounding one of the most innately gorgeous melodies Butch ever wrote. The story — of a man about to be whisked off to prison, away from his kids and the woman he loves — is evocative and haunting.

What better way to open side two than with the closest thing Butch Walker ever had to a hit? (As a solo artist, at least; Marvelous 3 were one-hit wonders in the ’90s.) To this day, I don’t understand how “Mixtape” — our first selection from the masterful Letters — didn’t make it to radio. In his memoir, 2011’s Drinking with Strangers, Butch said his label boss believed so thoroughly in “Mixtape” that he tried to have another artist cut it. Said “other artist”? A pre-fame Katy Perry, though her version has yet to see the light of day.

Another track from Letters, “Don’t Move” has been my go-to “favorite Butch Walker song” for a long time. This one shows off the gleaming pop production that made Letters great, as well as the late-night melancholy defining most of the album’s best tracks. More than anything, though, this song displays just how great Butch is as a singer, with some impressive vocal acrobatics on the chorus and a massive emotional payoff on the bridge. When I first heard “Don’t Move,” I thought it had the best bridge I’d ever heard — though that wasn’t saying much at the time. 12 years later, I stand by that thought. Suffice to say the claim carries a lot more weight now.

When Canyons Ruled the City (from The Rise and Fall of Butch Walker and the Let’s-Go-Out-Tonites!, 2006)

After three more melancholy tracks, we move into the final stage of the album with one of Walker’s most majestic pieces of work to date. The closer from The Rise and Fall, “When Canyons Ruled the City” is a sly bit of songwriting where the canyons around Southern California get personified as people living and trying to find their way in Hollywood. It all comes back around to that soaring wordless hook, another splendid live sing-along in the Butch discography. On record, it’s the perfect finale, but I like how it plays here as a counterpart to the next track.

Closer to the Truth and Further from the Sky (from Sycamore Meadows, 2008)

“Canyons” is arguably Butch’s biggest epic, but “Closer To The Truth” comes close. The third and final selection from Sycamore Meadows, this track is best described as “Butch Walker goes Springsteen.” Of all his records, Sycamore Meadows is the most indebted to classic rock influences, with Elvis Costello, Tom Petty, and Springsteen all providing audible points of reference. “Closer to the Truth,” fittingly, is a unfettered highway anthem, led by acoustic guitar, but so loaded with glockenspiel and wordless vocal wails that it sounds like a cross between “Born to Run” and “Jungleland.” This song also has the honor of housing maybe my favorite Butch Walker lyric: “We were hungry for anything that had a pulse/As we freed ourselves from the rain.” As the set’s last big rock song, “Closer to the Truth” is the perfect tee-off for the emotional fireworks of the final two tracks.

We end the record with a pair of songs about fathers and sons. The first, an acoustic ballad that originally showed up as the bonus track on Letters, is a storytelling song about a father who will never get the chance to know his son. Thanks to a life of fuck-ups, the narrator is estranged from his ex and blocked out of his kid’s life, and the fallout is devastating. Ultimately, the guy ends up driving his car into the ocean and killing himself (I think), with the song’s final words — “Thinking of you with my last breath” — among the darkest in Butch’s catalog. “State Line” has never gotten enough attention and only rarely shows up in live setlists, but it belongs on any shortlist of Butch’s most impressive achievements.

The second song about fathers and sons is the one that most directly addresses the passing of Butch’s father. The penultimate track and linchpin from Afraid of Ghosts, “Father’s Day” is an emotional tour de force and the perfect finale to this makeshift LP. From the gut-punch final verse to the visceral and cathartic guitar solo that Ryan Adams provides to close out the track, this song is one never failing to put a lump in my throat. With our favorite artists, it’s often difficult for their latter material to stack up to the albums and songs that made us fall in love with their music in the first place. Somehow, though, even with my own personal bias and emotional baggage considered, “Father’s Day” might just be my favorite Butch Walker song at this point. It’s such a powerful expression of grief and loss that I can’t imagine any other song closing out a collection of Walker’s finest material.

Have your own LP? Leave it in the comments.