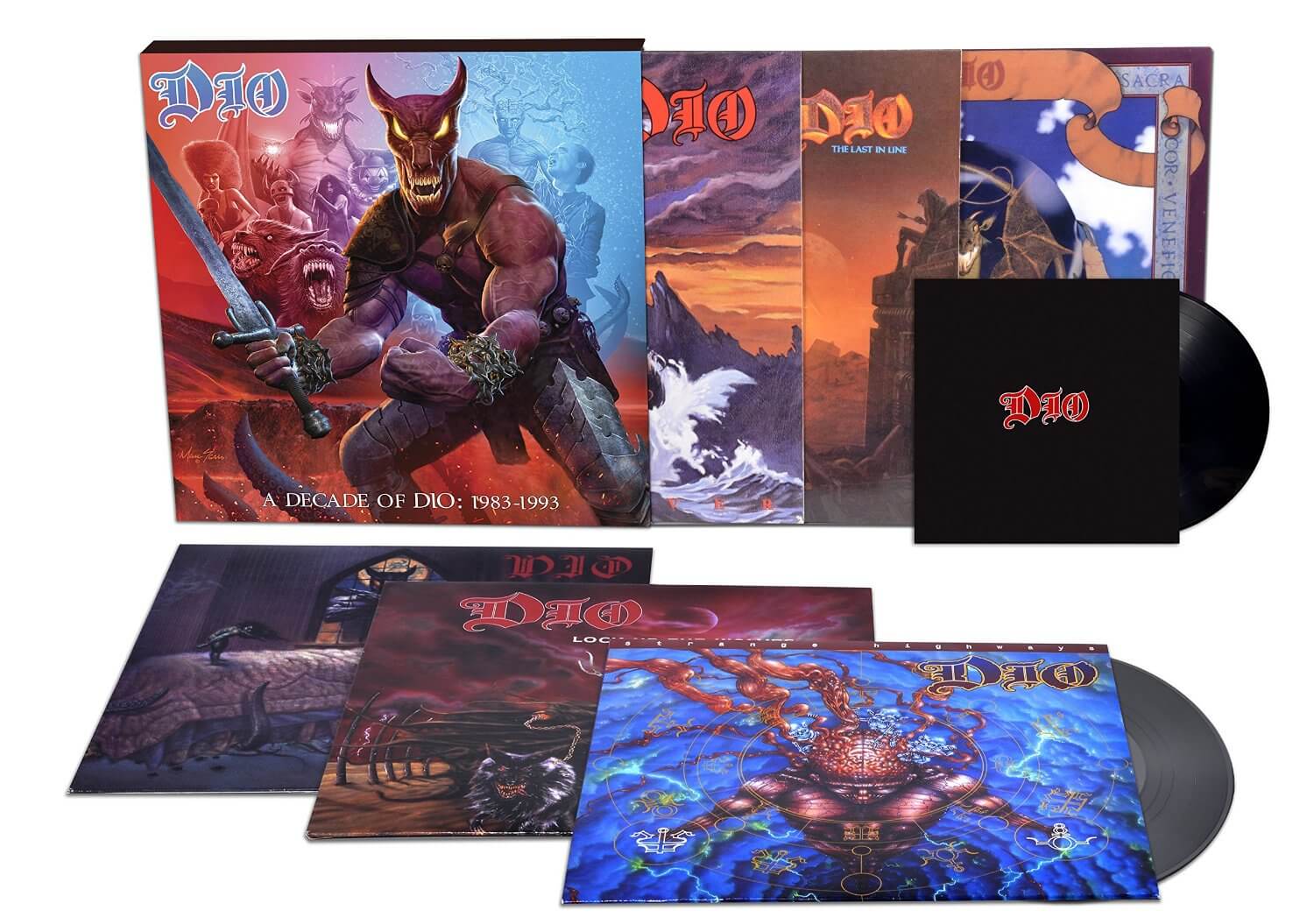 Dio’s first six albums are being released in a box-set, each with remastered audio. The 6xLP set (plus 7″ single), comes in a box with Marc Sasso artwork, who did much of their artwork.

On the first side of the 7″ single is the 1983 version of Evil Eyes, which was originally released as the b-side on the Holy Diver single. In addition, this version is different from the one featured on the 1984 album The Last In Line. The flip side features Time To Burn, which was the only studio track featured on the otherwise live release, Intermission (1986).

The set is being released on October 4th.