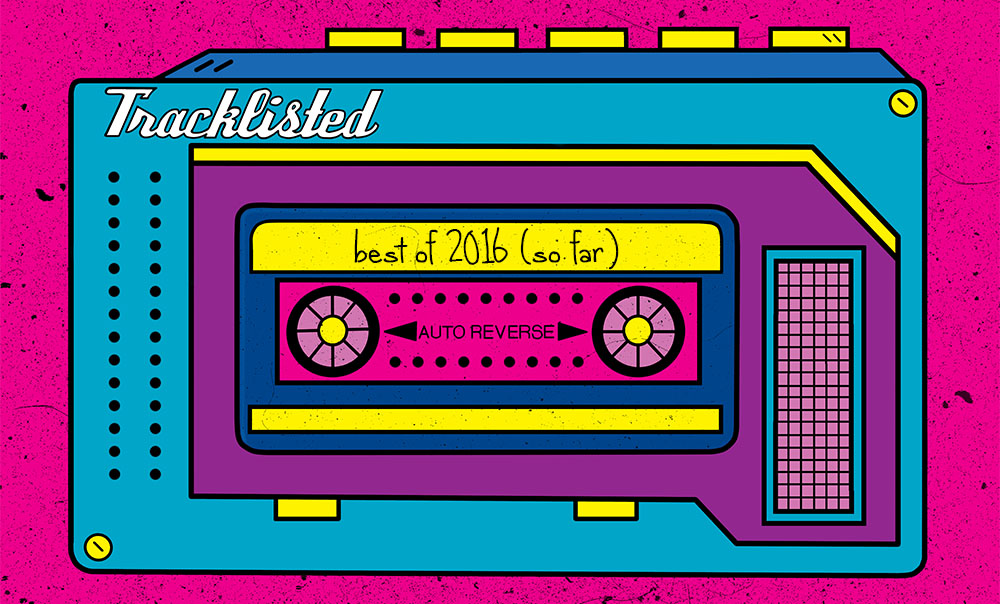 I could regale you of tales, ones of 2016 having “gone by too fast,” ones of…well, the passing of time, mortality, all that. But let’s live in the now. And the now includes some damn good music. We’ve had no shortage of high-profile excellence in 2016 through 6 months, Beyonce’s Lemonade probably landing the largest (a certain, possible infidelity adding to its explosiveness), and Kanye’s The Life Of Pablo/Waves/Swish/So Help Me God being the most experimental release strategy, if he even had one, of the last eight years (I’m placing In Rainbows high up there, as well).

And while that’s present — sans Beyonce given the streaming situation — it’s the ascent of outfits like Pup, Mitski, Japanese Breakfast and Camp Cope (a late discovery here), that’s probably of more interest to our readers (and it’s no surprise 3 of the 4 are female-led groups). Meanwhile, old favorites like Owen, Sam Means, The Thermals are still must listens and will probably be for years to come. Some other highlights: