Juliana Theory’s ‘Deadbeat’ getting reissued, up for order soon 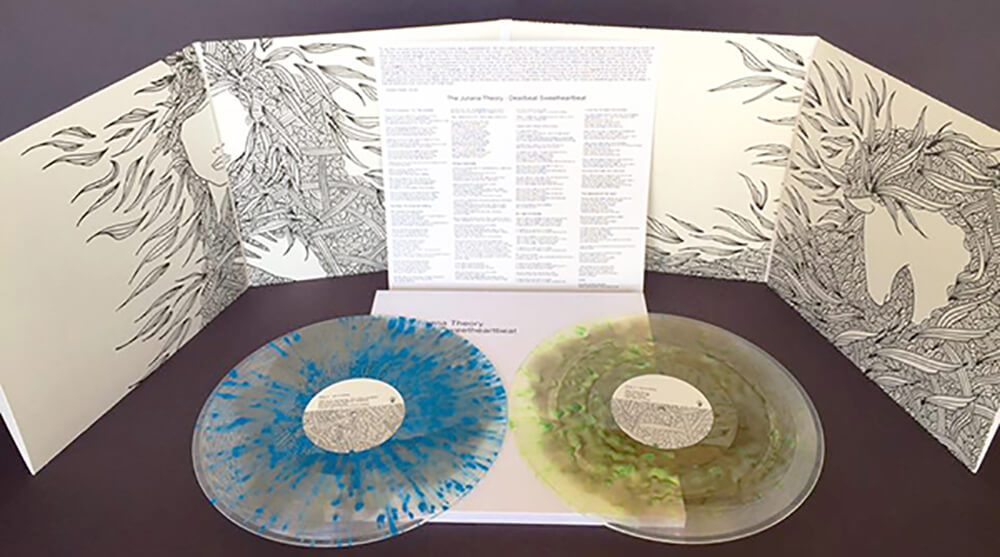 Mind Over Matter Records has unveiled their highly anticipated reissue of The Juliana Theory’s Deadbeat Sweetheartbeat. The 10th anniversary run will be limited to 500 copies, in a 2xLP set of clear with splatter combos. The gatefold jacket, seen above, is a quad-fold, over 4 feet in length when opened (woah). That’s all encased inside a “a screen-printed, hand-crafted slip cover made here at MOMR.”

Music wise, you get 4 bonus tracks (previously available as DVD audio), now presented in their original form. You’ll also get new liner notes, including lyrics for those extra songs and a message from Josh Fiedler.