(Re)Born of Confused Nostalgia: The Curious Case of blink-182’s ‘California’ 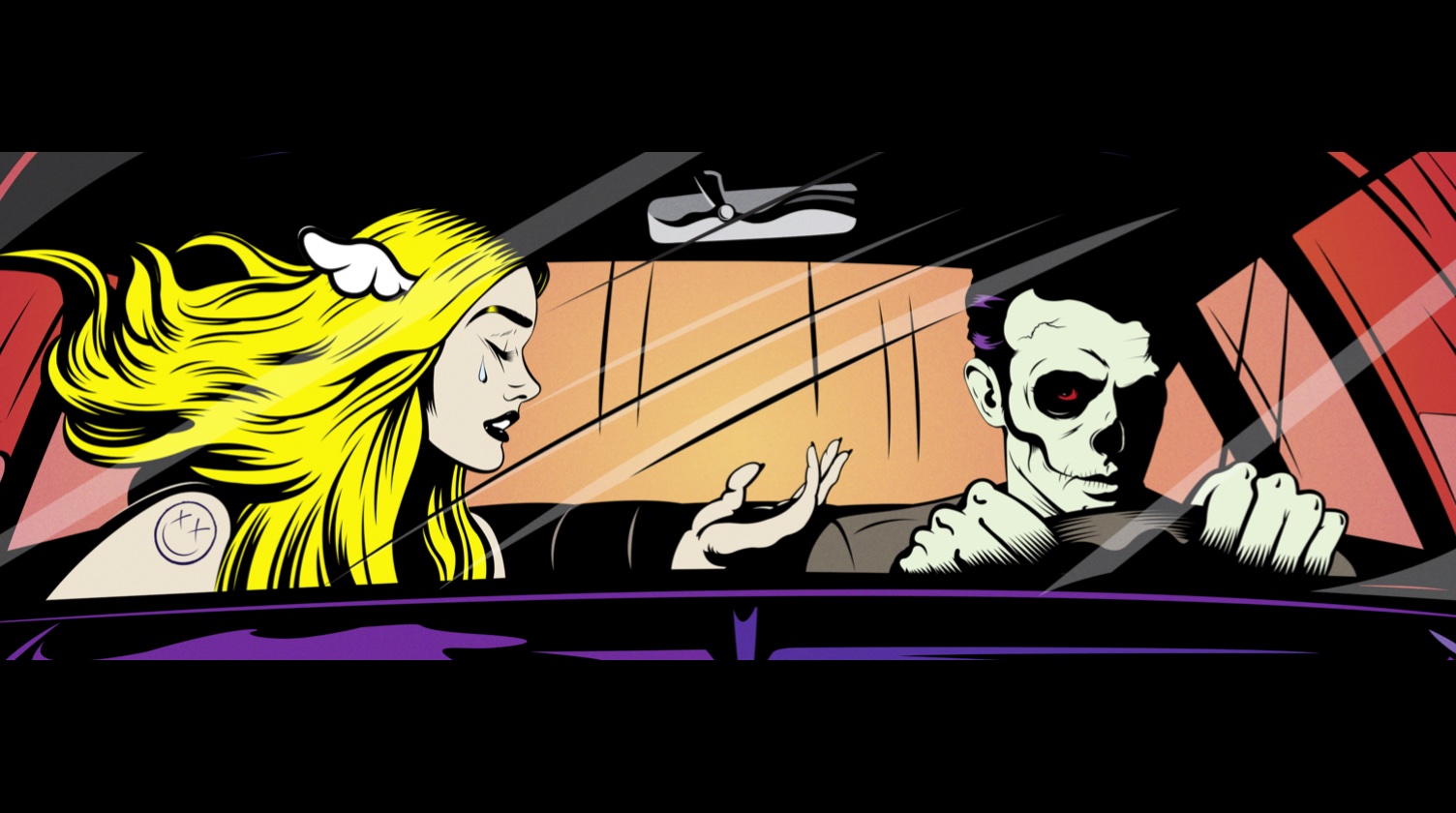 In 2001, blink-182 released their fourth full-length album, Take Off Your Pants and Jacket. And on June 30 of that year, the album sat atop the Billboard Top 200, edging out Eminem and his friends in D12.

In 2016, blink-182 released their seventh full-length album, California. As you’re reading this, press releases have already pinged out that the pop-punk veterans’ “comeback record” — in scare quotes because principal guitarist Tom DeLonge didn’t come back — debuted at #1 in the U.S. It had already done so in the U.K., the first from the band in any iteration to do so. California dethroned Drake’s Views, the Canadian rapper who reigned for an impressive nine weeks.

Plenty of blink-182 history (or drama, depending on your loyalty to the group) has unfolded since the Poway, California trio topped weekly sales charts with cheap masturbation puns. A record dropped which excised all the toilet humor in favor of a new sound in 2003, its unclear title somehow causing more contention than that sonic swap 1. The rest is a blur: DeLonge departed the band for the first time in 2004, the band reformed at the 2009 Grammys, released Neighborhoods in 2011, departed Geffen Records to self-release Dogs Eating Dogs in 2012, only to have DeLonge leave the band again in 2014, this time — to prove, once and for all, that aliens exist. Barker and Hoppus (possibly motivated by the slight industrial-goth posturing of their (+44) project) enlisted Matt Skiba to replace DeLonge 2. We’re all caught up.

California is more a sequel to Take Off Your Pants and Jacket than a continuation of blink-182’s darker, more experimental fare. That’s not to say Take Off Your Pants and Jacket wasn’t daring. Manager Rick DeVoe all but forced Hoppus and DeLonge to write “The Rock Show” and “First Date,” respectively, simply because the record lacked the signature blink-182 sound without them. Even without those happy-go-lucky hits, the band delivered a loose concept around teenage problems just like they always had. It just was wrapped in a post-hardcore shell, delivered without umpteen “na-na-na” choruses and porn star cover art. California was self-financed, and despite being licensed to the corporate behemoth BMG, blink-182 could deliver whatever that wanted. The pressure was off: no more Rolling Stone stories or constant MTV cycles. It’s interesting, then, to consider 2016 blink mimes many of Take Off‘s classic landings. “She’s Out Of Her Mind” is a sunny pop-punk number alternating between being in love with and a loudspeaker for an antisocial, The Cure-loving girl. It borrows the two-note repeat riff from 2001’s “Anthem Part Two.” To be fair, pop-punk thieves from its genre’s crown jewels all the time, and Tom DeLonge took that same riff to his space-rock summer camp Angels & Airwaves to blow open “Everything’s Magic.” It’s excusable — Skiba’s for many, a surrogate DeLonge. It’s hard to fill those moon boots.

California is, instead, more guilty of borrowing too much from a closet of co-writers 3. Although Fall Out Boy’s Patrick Stump earns his keep for a wooden metaphor on “Sober” (“I’m a dandelion/You’re a four-leaf clover”) and a “na-na-na” chorus (!), “Los Angeles” has its title sung with the same lift as Stump’s “Centuries.” Other key players include a member of Evanescence — did they okay all those Bauhaus mentions? — and of course, producer John Feldmann, who once toured with blink-182 as a member of Goldfinger. Are these extra voices to blame for Skiba’s musical dress-up on this record? He’s not DeLonge, true, but his “whoa-oh” accents on “San Diego” prove otherwise 4. “Teenage Satellites,” kissed by keyboard plinks and space metaphors (hi, Tom), finds Skiba lifting his vocals to match, if not sound like, All Time Low’s Alex Gaskarth. (Feldmann also helped produce All Time Low’s stadium smash Future Hearts, so maybe that’s no accident either.)

Is blink-182, then, a product of the pop-punk generation that bubbled up in their absence or (re)born of their own confused nostalgia? Nostalgia does play into a record penned by men over 40 primed for the teen comedies in which they once appeared.

“Kings of the Weekend” pins Saturday debauchery on “punk-rock bands.” And Mark “Built This Pool” to see some naked dudes. That 14-second joke track, anchored between two catchy, but emotionally loaded songs, breaks the flow of the album. The loose concept pervading California is more taut than Take Off‘s alleged arc, probably because all three tracks bearing California city names share an out-of-place center of gravity. “Los Angeles” kicks up E-drum dust and a goth-rock bent; “San Diego” spooks up another Cure namedrop and pop-punk’s classic “hometown gone wrong” narrative; “California” is a near-ballad augmented by light, plucked guitars and a love letter that would make 2003 Yellowcard blush. Ending the record with the title track would place California in the same vein as blink-182’s 2003 LP. It’s slower than the burning sentiments before it, and ends with a thesis statement: blink is back, even if they never truly left their home base.

Yet, California is endcapped by “Brohemian Rhapsody,” another joke track. After a brief Skiba solo (anyone need some “M+M’s“?), Mark explains, “there’s something about you that I can’t quite put my finger in.” Yeah, blink-182 is past the stage of celebrity magazines and fans poking around their every move. A whole crop of bands owing their sound has since stolen the spotlight on stages as big as ones they used to headline: no finger-putting here. But, at the same time, this joke underlines the “can’t quite” of California. Going almost two decades without toilet humor in records and then returning to the fold seems like recapturing lost youth, especially when other cooks make sure that attitude fully bakes through as genuine. I guess this is what growing up actually does to you: you can mistake timelessness for timeliness, 15 years too late. Dammit.