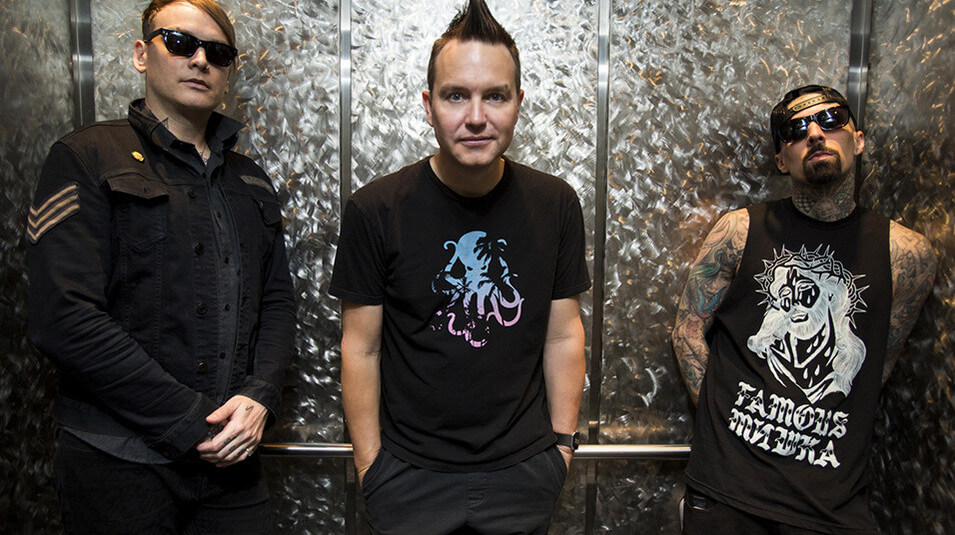 It’s no secret the build-up to the reboot of beloved nerd property Ghostbusters was a poisonous one. Between manbabies either outright refusing to watch (thank you gents) or watching the trailer 50 times while then “YouTubing” their mental breakdowns (aka reactions), it’s been “hostile” to say the least. And then there’s randomness like this.

Anyways! The replacement of Bill Murray and company with quite literally some of the funniest actresses on the planet has certainly inspired its fair share of misguided passion. Despite the original’s humor not exactly being based in gender — there’s some innuendo, sure, but nothing enhanced solely through male delivery — the sex swap has been met with an anger not often seen in pop culture digestion, although the hate spewing community attached to Batman V. Jerk Superman: Start Of Stuff certainly came close (2016 is the year nerd rage hit its boiling point). We’ve got a bunch of angry commenters, mostly men, lashing out at an entity simply because the main roles are now inhabited by women 1.

But we can’t say the swap wasn’t needed? The long rumored third entry — the one that would keep the core cast in place, wrinkles and all — is detailed extensively over at Vulture, with news hitting as early as 1996 and stretching out over the next 15 or so years. And it’s a pretty easy cycle to follow. Harold Ramis and Dan Aykroyd work on a script, Bill Murray is cordial in public, yet wants nothing to do with it. One entry is especially excellent:

February 2011: Murray tells Howard Stern, “I guess I’m the problem. Before I was an asset, [but] now I’m a problem. There’s a script somewhere [on my desk], but I haven’t read it yet.” He continues: “I’ll get to it … I gotta get to it — I feel bad. I got a message and I think people — I don’t want to hurt anyone’s feelings — it’s not the foremost thing in my mind, so I don’t think about it.”

About a year later, in June of 2012, Murray tells Letterman they’ll be trying again (a script that is) and in February of 2014, Harold Ramis passes away, basically extinguishing any hope of the original four strapping on the proton packs once again.

On a structural level, the comparison points between pop-punk, and the outfit I’ll use to drive this comparison, blink-182, are more so fun (this probably won’t be the case later on).

The build up and subsequent execution of new full length album California is basically what Ghostbusters 3 would have been, especially given Murray’s relative lack of interest. The majority of the original cast returns, minus the one, truly unique component (Tom = Bill Murray, in case you want to know my scientific logic here, the individual who could barely be bothered to respond to requests for future activity, films), playing through the franchise beats at reduced levels. The franchise stalwarts — let’s, to complete the comparison, give Mark Hoppus the role of Dan Aykroyd, the originator unwilling to let the moniker pass despite a slew of worthy side projects available; and Travis, the Harold Ramis, the unsung hero of the project, the baseline and straight man on which all great moments are eventually built — give it their all, yet the magic, or in blink’s case, the tension, is no longer possible given the missing pieces. It’s two cast of characters, obviously past their creative peaks (the best word to describe California is probably “breezy,” a far cry from the more interesting “tension” of Neighborhoods or “urgency” of untitled), trudging on with the near guarantee of financial success.

But the more necessary, and perhaps destructive line of thinking, comes with a comparable toxicity. You see, the reaction to an all-female Ghostbusters is exactly the reason it needed to occur, if only to illuminate the depths in which nerd culture had sank. The environment, or at least recent reputation of pop-punk isn’t much different in its, to borrow an earlier phrase, hostility. Take the constant defense of our chosen genre, reminding this writer of “ruining one’s childhood,” which was a Ghostbusters impasse (aka defending the core values of one’s cultural footprint). And you know what? I’d venture to guess a Hollywood-like reboot of blink, especially if accompanied by a gender swap, would net similar venom. Reality, meet probability. And while I’d convict neither project of specifically pushing a misogynistic agenda, or directly fostering the gender-fueled anger we’re speaking of, in blink’s case, it’s important to note and recognize a relative boy’s club surrounding their ascent.

Take blink’s humor, for example, or at least the vibe that tracks like “Built This Pool” desperately attempt to recapture on California. Clearly of its time, it’s that humor often defining the casual fan’s view. They were young, it was their image, yet the now relic of The Mark, Tom, and Travis Show and its exclamation of “boobies” probably wouldn’t score as many laughs today (especially given Tom’s admittance that she’s “way too young” immediately after). It’s not an attempt at being a “wet blanket,” it’s a reassessment of what pop-punk is currently associated with 2 and an admittance that blink, or at least what fans choose to fawn over (their live show, the banter, the joke tracks), probably helped foster the issues currently being dealt with. They are, after all, still joking about sexual misadventures, attempting to recapture….something they probably don’t need, with lines like  “There’s something about you, that I can’t quite put my finger in” in the aptly titled “Brohemian Rhapsody.” Blink is still operating as a bro’s club, making bro jokes 3.

Even the straighter played romanticism on the new record is tipped towards the guys, the only “she” explicitly stated in the tracklisting being “out of her mind,” and going from yelling at the narrator to throwing herself on the floor. Other mentions include a woman leaving Mark behind (“Cynical”), a tough customer at a bar (“Bored To Death”), another departing girl (“No Future”), and hey, another departing girl (“California”). And sure, additional tracks range from more even keeled flaw recognition (“Rabbit Hole,” both being haunted houses, superstitious) to straight blame absorption (“Sober”), but you’d think the genre stalwarts would be able to craft a more balanced portrait. The humor is clearly toned down, yet the audience aims are kinda similar? They’ve always been a band for the boys, even if their female audience has clearly occupied more and more of the share 4.

A generation partly inspired by such unevenness has only seemed to contribute to what we’re dealing with today, a scene in which every few months we’re met with yet another “do we separate the art from the artist (or label) situation.” It’s a leap to blame anything major on blink, as it would on Peter Venkman and company, so instead we compare art, that for whatever reason, measures out to being “made for dudes.” Or at least protected by such.

Ghostbusters and blink reign as godfather figures of their respective scenes, and in each, issues of anger and entitlement have boiled to the surface. It’s a slightly odd proposition, as neither the original Ghostbusters, nor blink-182, are necessarily enablers of these hateful aspects of culture — my quibbles with blink lyrics aside, they certainly weren’t “building a scene” when writing songs about dog fucking — it’s what audiences have apparently taken from this pop art. And it’s our refusal to evolve from male ghostbusters. And well, from dick jokes.

Theoretically, both entities (or genres) face the same issue. What happens when your audience changes? What happens when the world changes? And while Ghostbusters needed a complete gender swap (secretary included) to illuminate their scene’s issues, California, and the inability to even execute the most minor of tonal change — the inclusion of a couple (immature) joke tracks leading that charge — made me ponder the same with blink.

Ghostbusters broke up a boy’s club that needed broken up. Sound familiar?