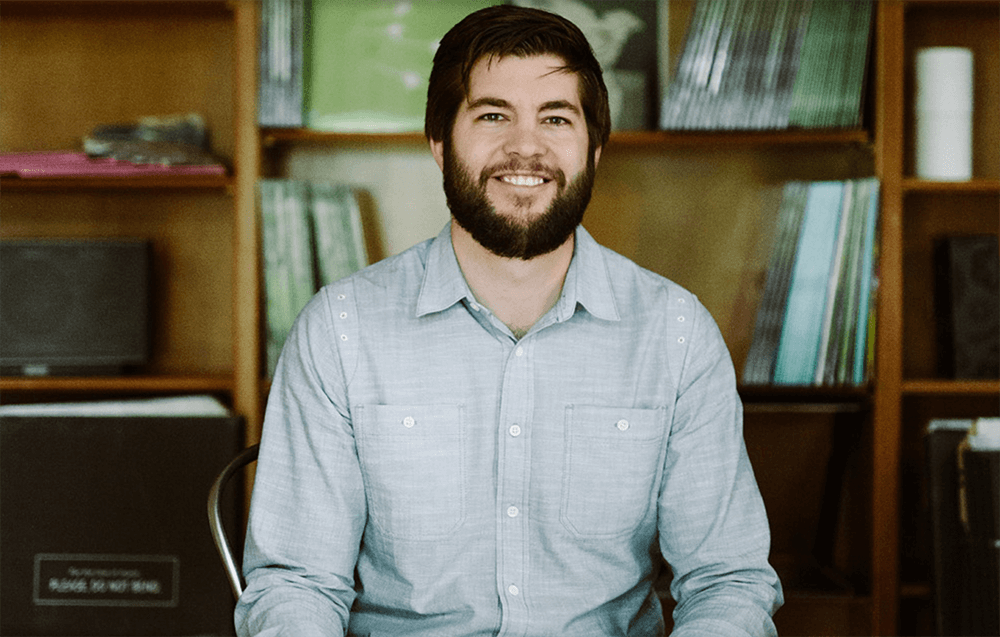 Record subscription service Vinyl Me, Please is at this point, a phenomenon. Billed as “the best damn record club,” it’s managed to make #mailday fun again, a monthly record paired with cocktail recipe, custom artwork and more. Hell, even the release announcements are anticipated and marked days for collectors.

I’ll admit: I was skeptical, at first. Why not just walk down to your local shop, hand them $25, and ask for something they think is good? Well, some of us aren’t lucky enough to have that shop, and some of us just like getting stuff in the mail.

All of that said, how the hell do they pick this stuff out? What makes this “the best damn record club”? We called up the company’s head of label relations, Cam Schaefer, and proceeded to ask him exactly that, just 10 minutes after he got home from a camping trip in the Colorado mountains.

Modern Vinyl: Vinyl Me, Please is based out of Boulder, right?

Cam Schaefer: Correct. It started in Chicago, and then about — two years, now — the two co-founders, Matt [Fiedler] and Tyler [Barstow] moved out to Boulder, and I moved out soon after.

MV: Did you move from Chicago, as well?

MV: That is a very interesting background for somebody in the music industry. I’ve been doing interviews for some time, and I think this is the first instance someone’s mentioned military service.

CS: We’re rare. I think the only other person I know in the music industry with service is Terry Groves, the guy who runs Pickathon. He was in the Army, back in the day, and I just found that out a few weeks ago. We were remarking that we were the only ones we know. [laughs]

MV: Does that past military service help you now – like, a regimented attention to detail must be really necessary, especially in the Air Force?

CS: Yeah, I think it does. I mean, it’s obviously kind of an indirect translation, for sure, but I think an attention to detail comes in handy, especially when you’re talking about getting vinyl records made. It’s just that there’s a lot going on in that process that you have to keep track of, and when you’re doing it for one major project a month, and then four or five smaller, limited-edition ones all at once, you have to be able to keep track of it.

I think more than anything, though, I used to fly overseas a ton. I flew C-17s, for the most part – the big transport aircraft – so, we’d normally have three pilots, and we’d rotate who was actually flying. Crossing the Atlantic, I listened to like, tons and tons of music. I would go into a trip with a list of albums I wanted to listen to, and when you have 13-14 hour flights with nothing else to do, you get to listen to a lot of music.

MV: Was that stuff you were reading about, friends were telling you about, stuff that you had built up, like, “Oh, I’ve gotta hear that”?

CS: It was a mix. I would read a bunch of music blogs. I’ve always been into music. I mean, I never thought that I would do anything in the music industry – just ’cause, even at an early age, I understood that it was one of those industries that you kind of have to start out in. It’s not something you just pop into when you’re 30 years old or something, although I guess part of why I’m something of a rare breed is that I did do that.

But yeah: I loved music, even though I never thought of it as something that I would do for a career. I was always listening to music, reading music blogs, talking to friends about music. I had an inner circle of friends whose tastes I trusted in music, and they would give me recommendations. Plus, I’ve always had a list of classic albums that I know I should know, but haven’t listened to yet. I always have that in the back of my mind: like, “Oh, I’ve never listened to this Velvet Underground album, even though everyone says it’s a classic. I should probably do that.”

That seems like it makes you the perfect person for your position at Vinyl Me, Please. How did you come to be the head of music and label relations at the company?

I had a music blog with a buddy who was also in the Air Force, called Vinyl + Cocktails. We had this Tumblr. It was born out of the fact that we were doing shift work while we were in Vegas, and we just happened to be on the same shift for quite a while. Anyone that’s worked on shift work knows that you can’t just get out of that pattern on the weekend – you have to stay on whatever schedule you’re on, or else it messes up your sleep and everything.

We had families, so, when we’d be working the midnight shift, on our time off they’d obviously be fast asleep when we were just starting our day. Luckily, he had a house with a very understanding wife, where we could just listen to records from 1 a.m. to 8 a.m., and not bug anyone. So, that’s what we would do: we would just listen to album after album, and every time we’d go into a listening session, we’d decide what we were going to drink that night. We decided to document that process, and that’s what the blog was born out of.

Matt and Tyler both were readers of that blog, and so they connected with us about a month after they started Vinyl Me, Please, kind of on two levels. One, to come with a cocktail pairing for their monthly featured record; and two, I think they just recognized that the group of people that were resonating with what we were doing might be the same sort of people who might like what they were doing.

That was how the connection started, and about eight months later, they asked me to take over all their marketing and social media. At the time, I was just finishing up my Air Force stint, so I was just doing it on the side. We actually weren’t allowed to have cell phones in my workplace, so I’d actually go out in to the parking lot on my lunch hour and do Twitter and Facebook and things like that.

That’s how I got first connected, and over time, gradually, I just was drawn more and more to the music and label side, and I started to manage those relationships and basically, I was the first one to cry, “uncle!” and say I was doing two full-time jobs, and that I needed to do one or the other. Luckily, they were awesome and supportive and gave me the choice. I said, “I’ll do music and label relations, and we’ll find another head of marketing.” 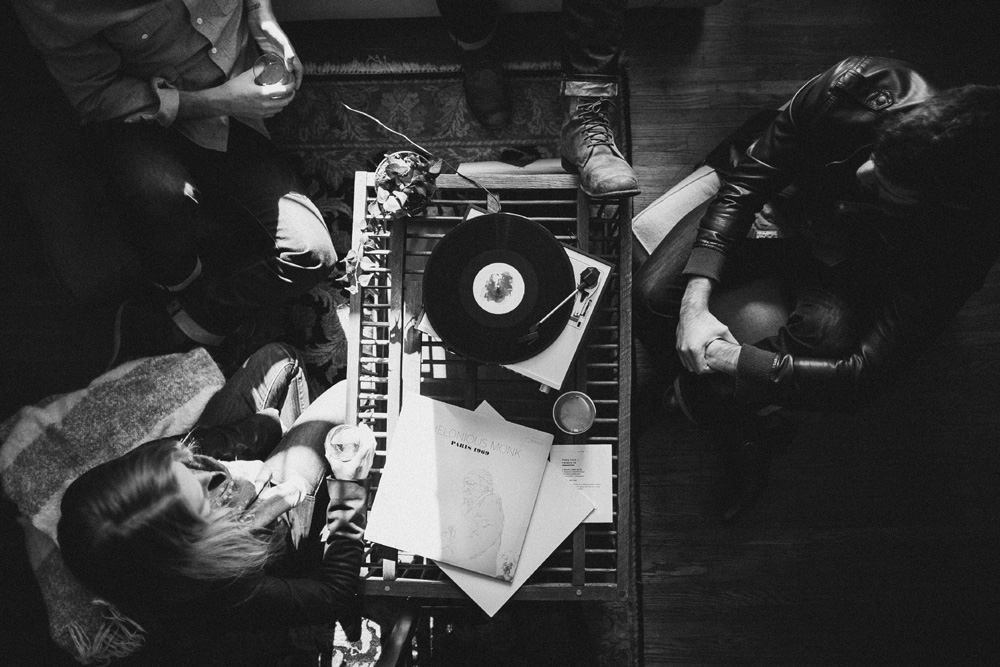 As I understand it, you have a pretty big hand in determining which albums get picked for Vinyl Me, Please?

Yeah. There’s kind of two different processes going on at the same time: one is for our monthly feature, which is our album we select to send out to all of our members. How that generally works is that we all try to narrow it down to four or five albums, any of which I think will be great picks. Then, I send those out to the five members that make up the decision-making committee for the monthly feature.

They listen multiple times to each album, and over the years, we’ve developed an internal scoring sheet, where we judge different factors, ranging from musical – Is it a complete album, something we think is cohesive? Are there any weak parts of the album, or is it pretty strong throughout? – to things like, when was the last time it was reissued? Has it only been pressed once and has never been reissued since? Where is the artist at in their career? Things like that.

I lead the process of gathering all that input and getting the discussion going. We generally narrow it down to two albums, and then it can be as short as an hour, or it can be as long as three or four, where we’re debating the merits of the two. Then we pick one. That’s how it works for the featured album.

Then, we have our members-only store, where we’ll curate an additional 25-30 titles each month that are usually comprised of new releases and new reissues. Within that, we’ll have three or four that are member store exclusives, limited-edition, exclusive colors. For that, they’ve given me a lot of leeway to pick what goes in the member store.

All of our team, though, loves music, and each month, people will chime in with albums they want to make sure are in the member store, but for the most part, they kind of let me have at it in terms of what we do for our limited-edition exclusives. [laughs]

It’s interesting that you mention that one of your criteria is to look at where someone is at in their career, because Weezer’s “Pinkerton” timed out really nicely with their new album, which people are sort of hailing as a return to form. Then, there’s BadBadNotGood’s “IV,” which is sort of their coming into their own.

Thanks. I appreciate it. We put a lot of effort into it, because that’s sort of the bread and butter of our membership [our monthly featured record]. We put a lot of thought into what we end up picking. On the surface, it can kind of seem random, in that it skips around from genre to genre, and even different decades and styles. I think, though, it’s intentional on our side. There’s nothing in our monthly feature that we’re just kind of throwing out there, seeing if it will work or not.

Is there a Vinyl Me, Please aesthetic? A lot of the monthly features have been of an All Songs Considered bent, if that makes sense.

It’s one of those things. If I had to pick our aesthetic – and I realize it might sound a little cheesy – it’s that we are all about finding great albums. So, at the end of the day, the album is what we’re after. It’s not necessarily a specific artist or a specific sound. We’re trying to find albums that you can sit down and listen to from start to finish, and are complete as a piece of art.

Vinyl Me, Please’s next monthly offering is My Morning Jacket’s 2005 album, “Z,” out of print on vinyl since a 2011 picture disc pressing. The member exclusive pressing features clear vinyl with multi-color splatter, as well as a gatefold sleeve in a VMP-exclusive color scheme, along with an art print of Kathleen Lolley’s cover image.