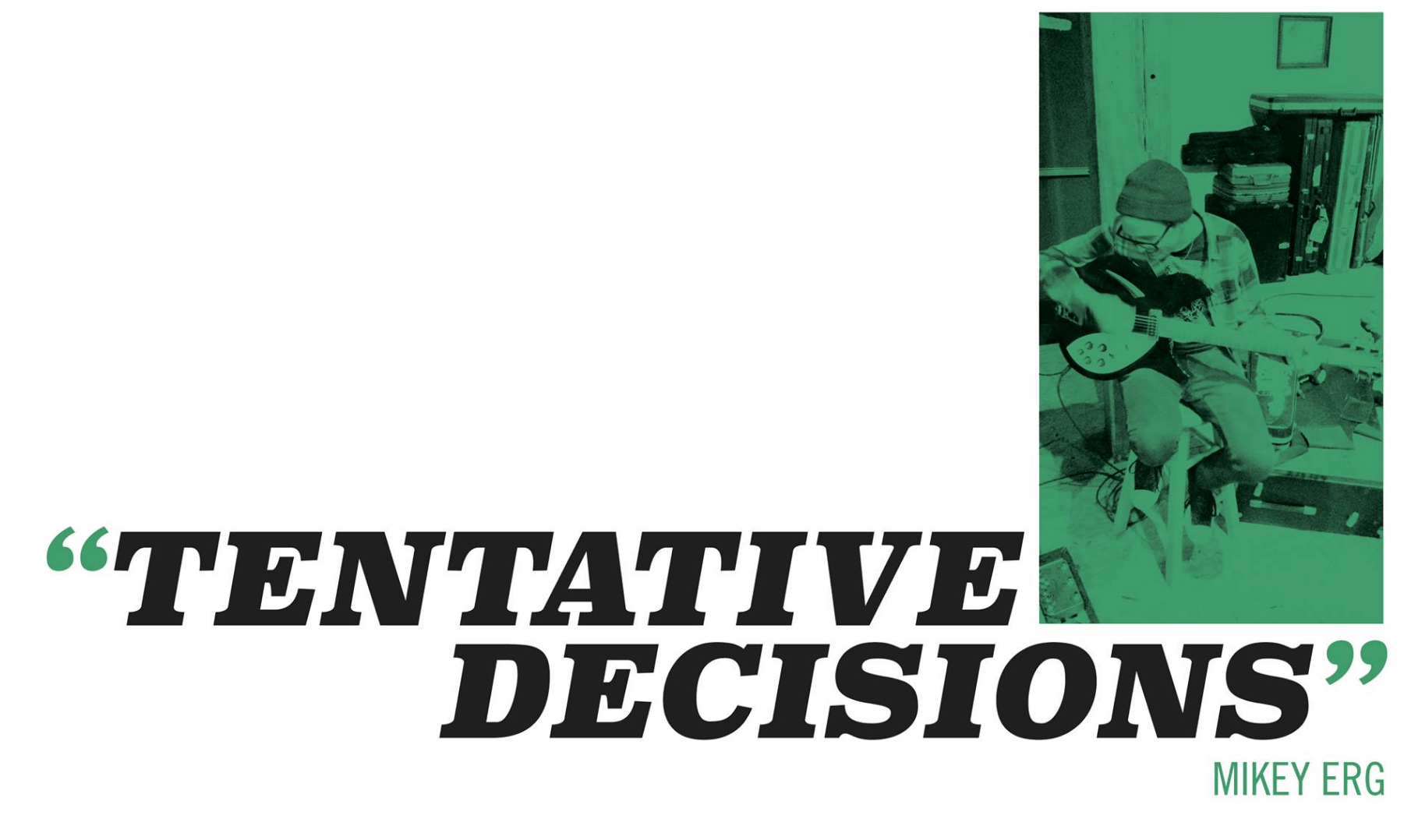 Ever since the breakup of beloved pop-punk trio the Ergs in 2008, drummer and singer Mikey Erg (né Mike Yannich) has been busy…insanely busy. He’s played drums for nearly every pop-punk act on the East Coast, he’s toured constantly, and all the while he’s been the drummer for the LLC, the house band for Fusion’s The Chris Gethard Show.

However, musical output focusing solely on Yannich’s distinctive songwriting has been frustratingly scarce. While he’s been making music pretty constantly, hearing that voice has been limited to less than a handful of singles and splits. That thankfully came to an end with the release of his debut solo LP, Tentative Decisions, on Don Giovanni at the end of June.

Tentative Decisions is pop-punk on its surface, but repeated listens reveal it to be a run through of the width and breadth of power-pop throughout the years. Songs like “Scene Turnout” remind you of early cuts by Love, while album opener, “Faulty Metaphor,” is an anthemic and bouncy rocker that brings up memories of Ultimate Fakebook.

We spoke to Mikey Erg by phone from southern California, just after he’d wrapped a tour pulling double duty: his full-band solo material opened for the Worriers, for whom he plays drums. We talked about Tentative Decisions and recording it with Bomb the Music Industry’s Jeff Rosenstock, as well as the musician’s influences. 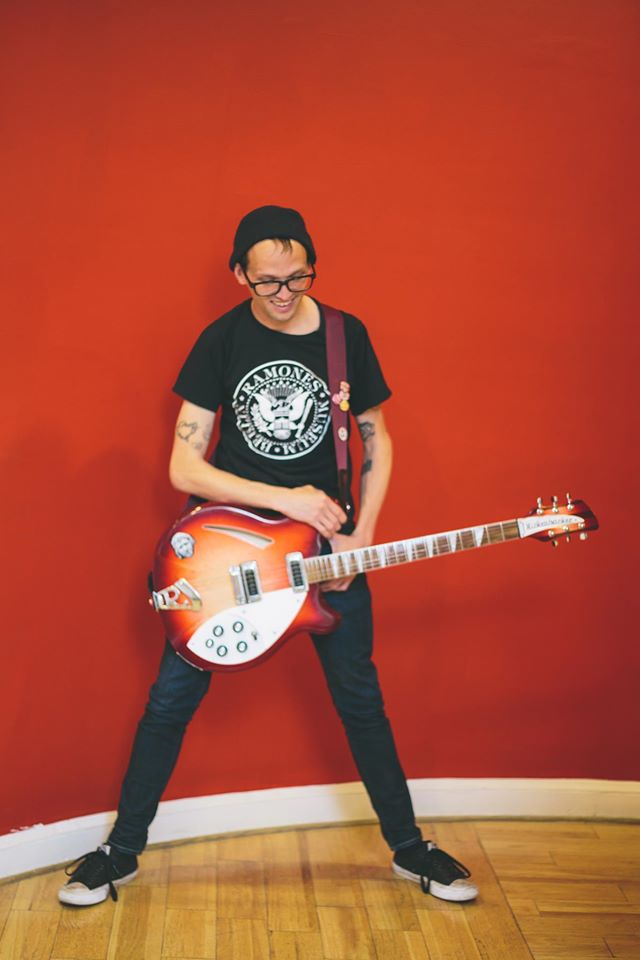 Modern Vinyl: Tentative Decisions is on Don Giovanni, and they just seem to be killing it with records lately, including yours.

Mikey Erg: Thanks. Yeah, yeah – it’s good company to be in.

MV: You’ve done stuff with the label in the past, right?

Erg: I think that the first LP they put out was the Ergs’ Dorkrock[corkrod] record.

MV: Is there something about working with a label that has – I don’t want to say “punk rock ethos,” but a label that just has, you know, ethics?

MV: Is it “working with friends” in terms of people who run the label and people who are on the label, as well?

Erg: Totally. That’s cool, too, because you can tour with bands that are on your friends list. But, yeah: it’s cool to know that the people who run the label have your best interests at heart, you know?

MV: Now you’ve got your first solo record. I read that AV Club interview, and you talked about how it took so long for this record to come out. Wasn’t there a big delay in one of your early solo singles – that split with Lemuria’s Alex Kerns?

Erg: Well, back when the Ergs broke up in 2008 – and I was absolutely ready for a break at that point — I was ready to not be the songwriter for a minute and just kind of play music and not focus on the creative side of things. I definitely needed a break.

I guess they all kind of came out around the same time – the Paper + Plastick heart-shaped record and that split – but they were like, the first three songs I had written since the Ergs, and they kind of took a while. Also, that Alex Kerns split took a while, like a year after those songs were recorded, so it may have seemed like a longer time.

MV: You just mentioned there that you really just wanted to take some time and play music. Was part of that writer’s block due to the fact that it’s just hard to write music when you’re so busy playing it with other people?

Erg: Definitely. Taking a break turned into not having enough time to do anything other than be on tour. And I don’t really typically write on the road – a song here and there on the road – but typically, I just sit with a guitar and just come up with a song kind of outright. There’s not a lot of time to do that when you’re sitting in a van or sitting at a loud club.

MV: I know the joke is you’re in basically every band ever, and now you’re also in a band that’s on television on a fairly regular basis. What’s it like being in the LLC, and participant to all of the madness of “The Chris Gethard Show”?

Erg: It’s cool. We just practice and write songs every week, and play them in front of an audience, on a show that’s just – my job is pretty much just playing drums and laughing at comedians. I can’t think of a better job. [laughs]

MV: Listening to “Tentative Decisions,” it just seemed like it was a highlight reel of power-pop of the last 30 years. It combines all of these things I love, and made me want to jump up and down from the first moment I dropped the needle.

Erg: That’s awesome to hear. I’m a student of music. I’ve been listening to music since I was born and obsessed with it since I could convey to my parents that I was obsessed with it. Basically, since I had the words to tell them, “Buy me all this music!” or “Give me all this music” or “Put the radio on.” Like, I’ve always just been obsessed with it, so I take a lot from everything. So, yeah: I have a ton of influences, and I’m glad that it shows on the record.

MV: It’s fun to listen to, because it shows that you’ve learned from your influences, but it’s not a case of, “Oh, this is your such-and-such song.” It’s just a fun record. Was it fun to record?

Erg: It was fun to write the songs and try to figure out like, “This is my Lemonheads song, I guess.” There were certain songs that I wrote where I definitely knew what the influences were, but it’s also fun to hear people say, “Oh, I hear a lot of Elvis Costello in this certain song,” because it’s like, “Yeah. I wasn’t thinking that at the time,” but it’s obviously going to come through, because he’s one of my favorite artists.

Recording it was great, because Jeff Rosenstock and I have a lot of the same influences, but there’s certain other things that he listens to that I might not have gotten to yet that he just added to the record. It was a really, really fun process. We did the basic tracks – which was just us rocking in a studio, me and my friend Lou, and Jeff on bass – and once we had those, we went to [Rosenstock’s] apartment.

Once we there there, it was a really fun part, because we could just add whatever we wanted. I’d be like, “Make it like this Beatles’ song,” and play him an example, and then he’d figure out the line I was trying to rip off, and make it happen. It was that kind of process.

MV: I imagine that part of the joy of working with Jeff Rosenstock is the unbridled enthusiasm he brings to the process.

MV: I think that’s what shows through most in “Tentative Decisions”: not the influences, or fun, or excitement, but that it’s enthusiastic. For as downbeat as the lyrics can be, the music is very much “let’s go!”

Erg: Jeff’s like that at all times, and for me, it’s doubly exciting, because it’s like, I’ve been waiting to make this record for so long. I was both happy that it was coming together, and that it did come together way quicker than I would’ve even imagined it. Usually, when I write a song, the demo is almost a better version of it, because of that feeling of, “Oh, I have to get this song on tape! This exciting!” is right there. So, even though those songs were around for a little while beforehand – they’d been around for a couple of months – getting to hear them actually played with full instrumentation was just super exciting.

MV: Speaking of playing with a full band, what’s the difference between fronting a band actually from in front, as opposed to behind the drum kit in the Ergs?

Erg: Drums are kind of like my primary instrument. They’re the first thing that I learned how to play. But, it’s just so much fun to be fronting the band, bashing the guitar, and just thrashing around on stage. The Ergs was just me on drums and singing, which was also super-fun, but it’s a totally different animal when you just get to play guitar in front. 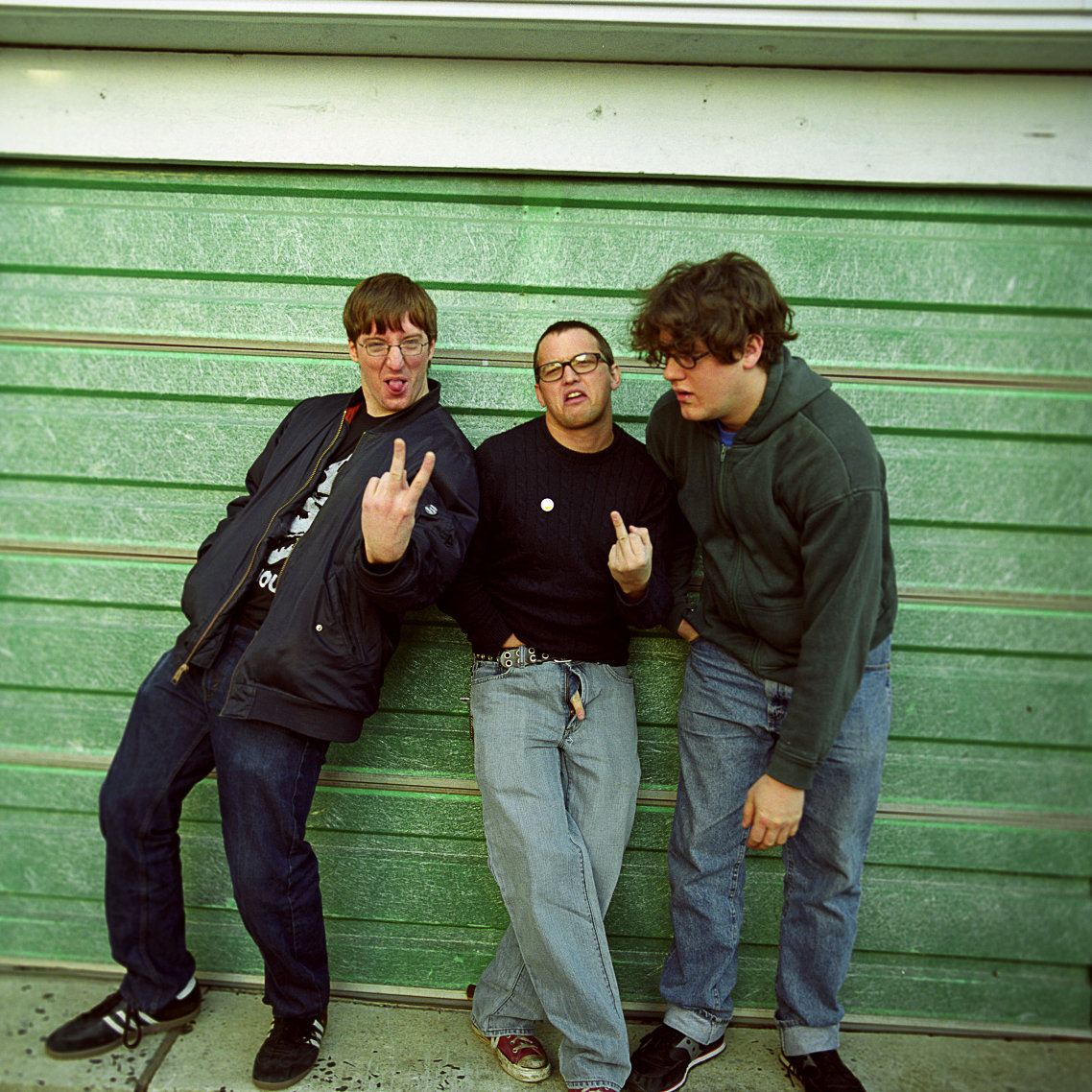 MV: For the Ergs’ reunion show at the Fest in October, you’re releasing a new 7-inch from the band. How important are physical releases for you?

Erg: I feel it’s pretty important. They live forever. They’re what people will always be able to listen to. When we decided to do the reunion show, we decided that we wanted to commemorate it with something other than just 45 minutes of music people could see live. We wanted to do a new thing. Just a little souvenir of the fact that it happened, you know?

That’s like, when the Ergs broke up, that 12-inch EP [That’s It … Bye] came out. We had these songs that we were working on, and I was pretty adamant that we do something with them. There’s nothing worse than when you see a band live a bunch of times, and they play those couple new songs, then they break up, and you never get to hear those songs again.

I always hated it when bands wouldn’t record their last material. Just as a fan, that’s how I feel. I feel like I’d be cheated if I got to hear a couple songs live and never got to keep them.

“Tentative Decisions” is now on sale at Don Giovanni. The first 500 copies are on red vinyl (still in stock).