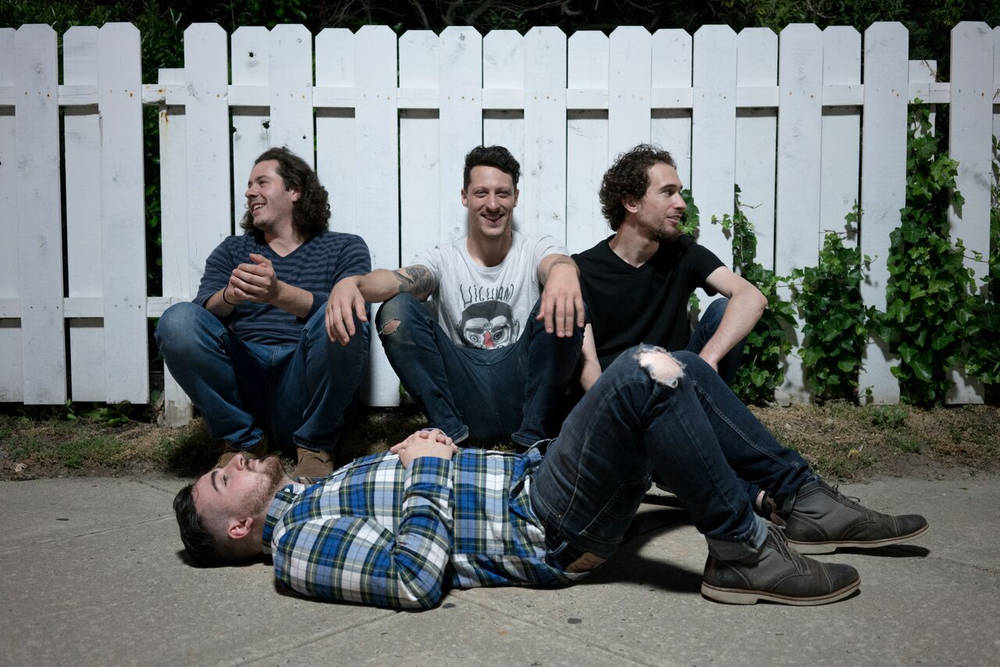 Belmar, NJ four-piece Toy Cars crafts indie-minded pop songs that both hiss and howl. On their forthcoming EP “Sleeping Patterns,” heartland rock’s gritty boom is greeted with a goofy sensibility that churns out odes to Bjork at the same rate jaunty shout-alongs (such as that on “Stone,” streaming below) threaten to rattle the rafters of a DIY basement. Since this five-track effort is coming this fall on vinyl via Counter Intuitive Records and Sniffling Indie Kids, the boys in Toy Cars contributed tales stemming from their crate-digging nostalgia.

(We also asked Toy Cars to contribute to our first (!) guest Tracklisted, which you can listen and read through here.) 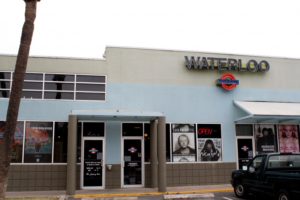 A few months ago, I took a spur of the moment trip to Austin with my brother who was going there for business. I found myself spending a lot of time during the days when he was busy, wandering around the city on a bike that came with our Airbnb. After watching a bunch of bats fly out of a bridge (if you’ve ever been to Austin you know what I’m talking about) I headed to Waterloo after reading its Yelp reviews, and was not at all disappointed. I’m a huge nerd for PUP and they had every pressing of their new record, as well as a bunch of local stuff from bands I’d never even heard of. The thing I liked most about it (which is kind of lame but also funny) is that their own store’s merch was awesome. Usually when you go to a store that carries a bunch of cool shirts, they have one of their own and it sucks, but they had really cool stuff. I bought a shirt and mug that I drink warm milk from before bed. Don’t tell anyone. 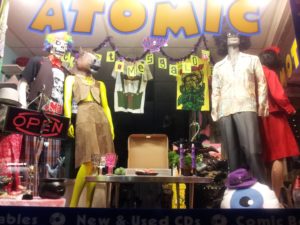 This was a place that would carry anything from vinyl to vintage clothing, to even movie memorabilia. I didn’t have a place to go to summer camp all the time when I was younger and I’m sure my parents didn’t like the idea of me staying home by myself at such a young age, so I would spend my summers at my dad’s insurance office in Point Pleasant. When not hanging out in the backroom watching TV or drawing, I would walk around town checking out local stores for comic books, skateboards and music. I discovered Atomic. I could search through a library of music and discover the unknown. The first record I ever purchased was Enema of the State when I was six or seven years old. Ever since that first purchase I would continue getting my CDs there and vinyl later on. Unfortunately, Atomic CDs closed up a few years back and I lost that short walk to the record store. 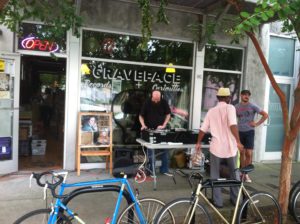 While touring through the last few years, I discovered really quickly that Savannah was my favorite place to play, and just be in general. I’ve never played a bad show there, and the city is beautiful and filled with a lot of awesome history and cool people. So it’s not much of a surprise that my favorite record store is Graveface. It’s not the best record store on earth, but it has a cool vibe, an awesome selection, and it carries music from artists that are local to Savannah which is not something you see a lot anymore. Unfortunately, I’ve never had the chance to buy an actual record from here because usually at this point we still have a lot of road time left and I don’t want to ruin vinyl. One day! 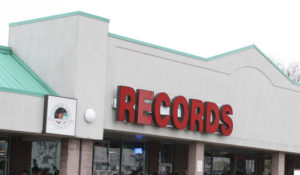 My favorite record store has been and always will be Vintage Vinyl in Fords, NJ. In my younger days of commuting back and forth between my hometown of Sparta, NJ and Asbury Park to play shows with my old band, I found myself pretty frequently routing my trip to the store because of its incredibly wide selection of old and new vinyl… literally, anything I could think of and every limited edition print I wanted. Not to mention, they’re always hosting solid in-store performances, from Brand New (I snuck in to see the Devil and God record release) to The Gaslight Anthem, who I saw there shortly before they became as big as they are today. They also carry cool local art and magazines (this is how I found out about “Weird NJ”) and everyone on staff seems like someone I could hang out with.

Toy Cars’ latest EP, titled “Sleeping Patterns,” is available on vinyl via Counter Intuitive Records and Sniffling Indie Kids. The run is limited to 300 total copies, split evenly between orange and transparent purple 7″ wax. Vinyl will ship in mid-October past the release’s September 16th street date, and can be pre-ordered here.

In a band and want to tell your own Brick-n-Mortar Stories? Email james.cassar@modern-vinyl.com with a list of your favorite record shops and a paragraph describing your love for each selection. Sending a store’s webstore link along with each write-up is preferred.