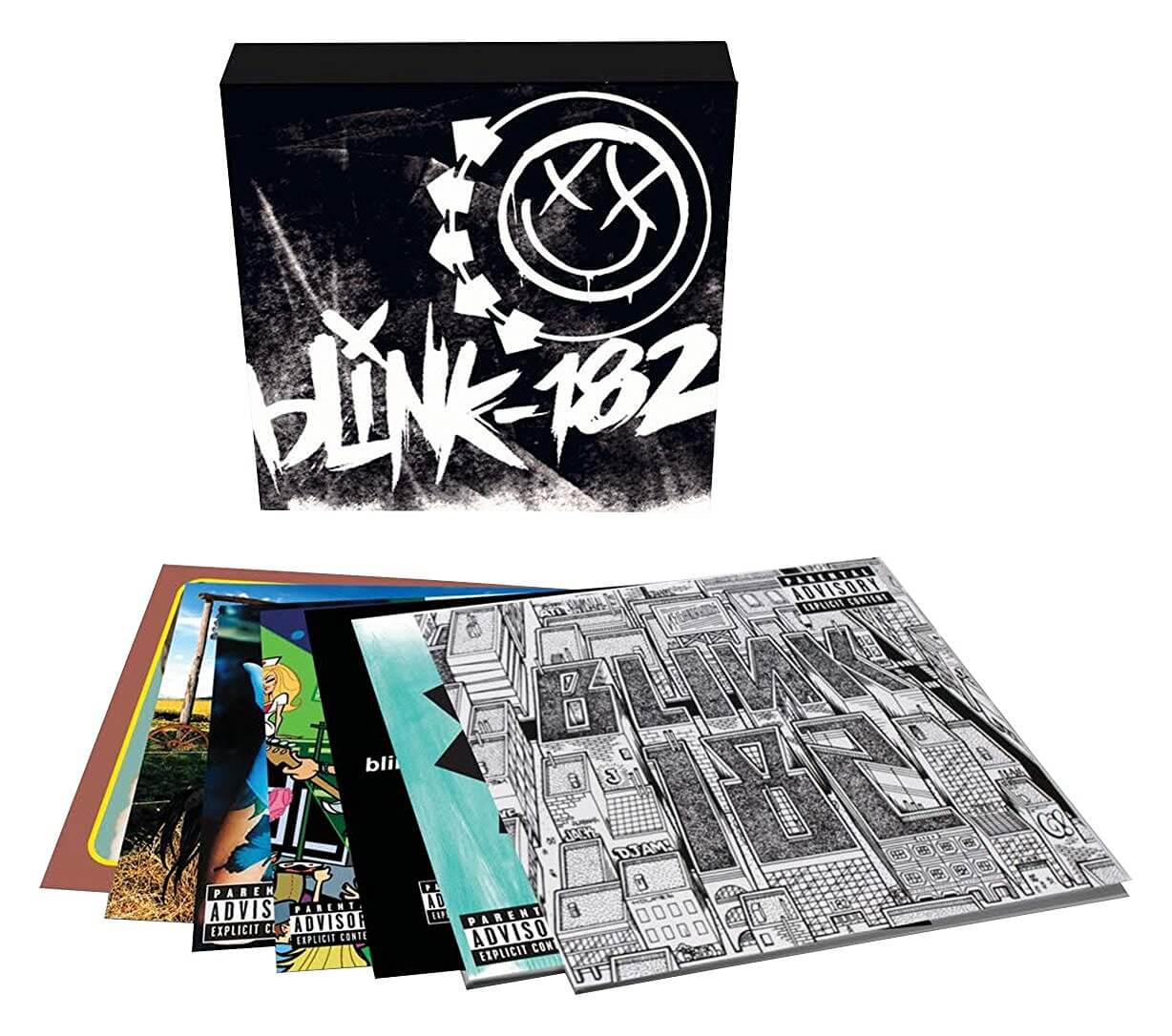 Update 9/23/16: This has popped up in U.S. now. They also have the individual reissues, as well. Again, these are the Geffen ones: Untitled, Mark Tom and Travis Show, Cheshire Cat, Enema Of The State, Neighborhoods, Dude Ranch and TOYPAJ.

All are coming out on October 7th, except Dude Ranch and TOYPAJ, which are on October 21st.

Through Amazon UK and Amazon CA, there’s a listing live for a blink-182 vinyl box-set, a 10xLP collection featuring 7 albums. There’s also individual listings for the following: Untitled, Cheshire Cat, Enema, TOYPAJ, Neighborhoods, Dude Ranch and the live record. That’s your 6 albums. I don’t see any indication of Dogs Eating Dogs getting in there for its first pressing.

SRC Vinyl and Hot Topic have been stocking blink vinyl for the last couple years, HT being the splatter variants and SRC being the “Hi-Fi” editions.

This just looks like Universal getting in on the game themselves. Both individual reissues and box-set are being released on October 7th.