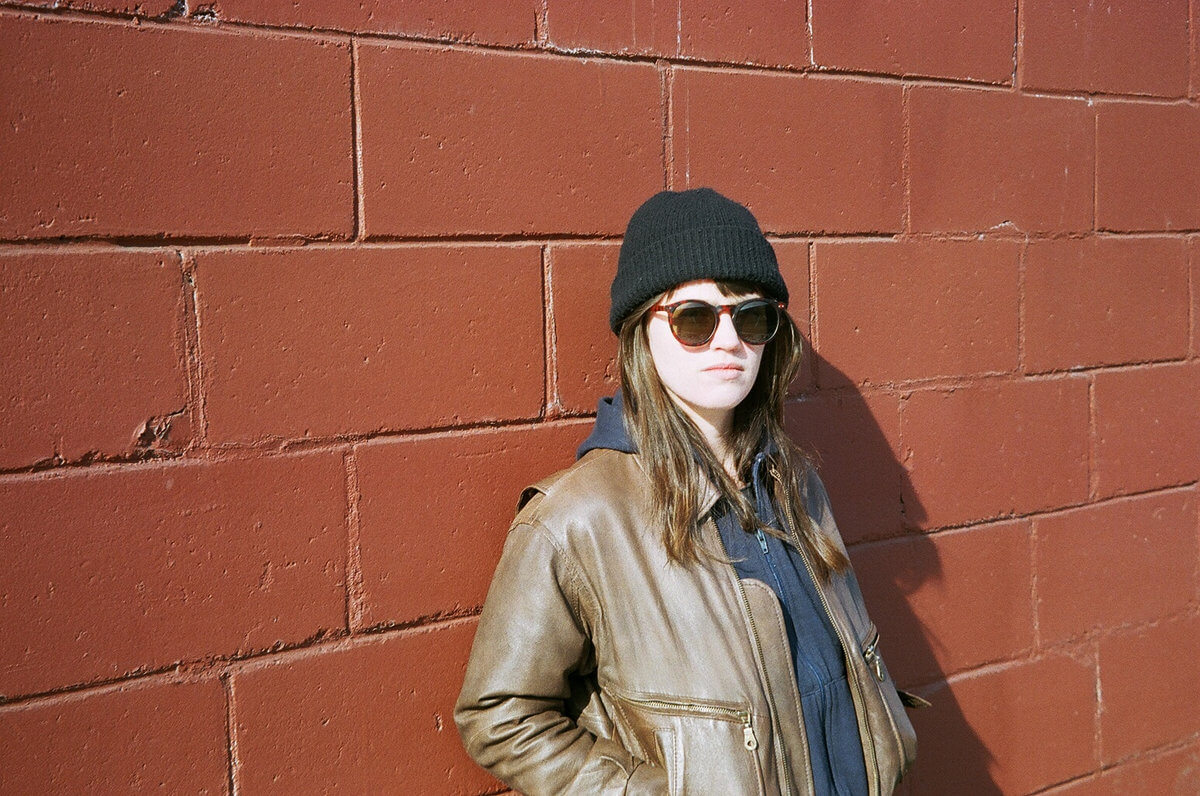 In the six years since the release of their demo 7″, Big Eyes has gone from being a scrappy pop-punk band to being an act whose music really reflects the Cheap Trick song from which they take their name. With the release of their third LP, Stake My Claim, the former trio — now quartet — returns to Don Giovanni Records, and owes just as much to classic rock as it does the punk scene from which the band first came. Hearing the opening dual guitars on the title track, one’s instantly hooked.

And while even the band’s first single had songs like “You Ain’t the Only One” aiming for the back of the clubs, Stake My Claim has cuts like “Cheerleader” that blast clear to the rafters of an arena. “Leave This Town” sees frontwoman Kait Eldridge’s voice the clearest and strongest it’s ever been, and if album closer “Alls I Know” doesn’t leave you wanting more, you’re probably dead inside.

We spoke with Eldridge by phone about the album and the band’s bigger sound.

Kait Eldridge: I definitely see it that way, because the band has always had different people in it, and the line-up that it is right now, is just super-tight. I feel like, because we’re tighter than ever before, we’re kind of losing the scrappy punkness or whatever [laughs]. We’re just sounding more and more like a rock band.

We played at [New York City club] St. Vitus a couple months ago and Brooklyn Vegan said we were sounding like a new wave of [a] British heavy metal band. I thought that was so cool. We’re definitely getting more Thin Lizzy comparisons than ever before – and like, hard rock, Blue Oyster Cult and stuff.

MV: When I first heard the band, on that initial 7″, I thought Big Eyes sounded like a punk band playing Cheap Trick songs, but “Stake My Claim” seems like you’re taking more opportunities for things like guitar solos. Is that something that’s possible because the band is so tight?

KE: I would say so. I used to try and would keep things as simple as possible – and that’s definitely one of the things that I still try to do. Pull out the bullshit, you know? I feel like our songs are getting shorter and shorter, because my guitar playing’s getting better. And now that we have two guitar players, there’s more room for a lot of guitar work.

MV: The song that really stood out to me was “Leave This Town,” since it steps away from that earlier, punkier material the most dramatically – especially in terms of pacing. It seems almost Tom Petty-ish in the vibe it has.

KE: Oh, I love Tom Petty. Yeah, I think that a lot of our material is getting slower – more mid-tempo. Our original drummer, who’s still my buddy, CJ [Frederick], I feel like everything we did was faster, because he’s just a faster drummer. The drummer we have now is more laid-back and reserved, so it just comes back through the songs.

MV: You mentioned it, and I’ve been kind of curious: as Big Eyes has gone along, the lineup has changed on a fairly regular basis. Does that have to do with you moving cross-country a couple of times?

MV: This lineup’s been together how long?

MV: Big Eyes puts out a lot of singles, and it gives the listener a chance to hear where the band is pretty regularly, rather than having to wait years for an LP. Are singles important to you and Big Eyes?

KE: Yeah, because with all the different lineups, you have to take time to teach the new people all the different material, and I feel like I tend to write songs kind of in bunches. Like, I’ll sit down and write 10 songs in a month, which would be an LP’s worth, and then in the next two months, I might only write two songs. So, it’s like, “Let’s keep the ball rolling and put out a single,” and then we’ll put out the LP when we’re nice and ready.

MV: Part of what I love is that Big Eyes puts out a lot of split singles, which sort of lets me know what you all like musically.

KE: I always try to find bands that are on a similar wavelength to us. They don’t have to sound identical to us, but just kind of the vibe we’re trying to hang with.

MV: It seems as if your return to Don Giovanni has coincided with the label’s identity becoming one that’s strongly feminist. Was that an important thing for you?

KE: Oh, absolutely. I feel like that was a major factor in us deciding to come back to Don Giovanni. When we moved out to Seattle, Don Giovanni was – at that point – still like a New York / New Jersey localized kind of label, and it didn’t feel like it was right when we were in Seattle. But, once I moved back to New York, by 2014, Don Giovanni had majorly expanded and there were just so many cool and hard-working bands who I appreciated on the label. It just felt like a really good fit to come back to.

Big Eyes’ “Stake My Claim” is available on vinyl from Don Giovanni.