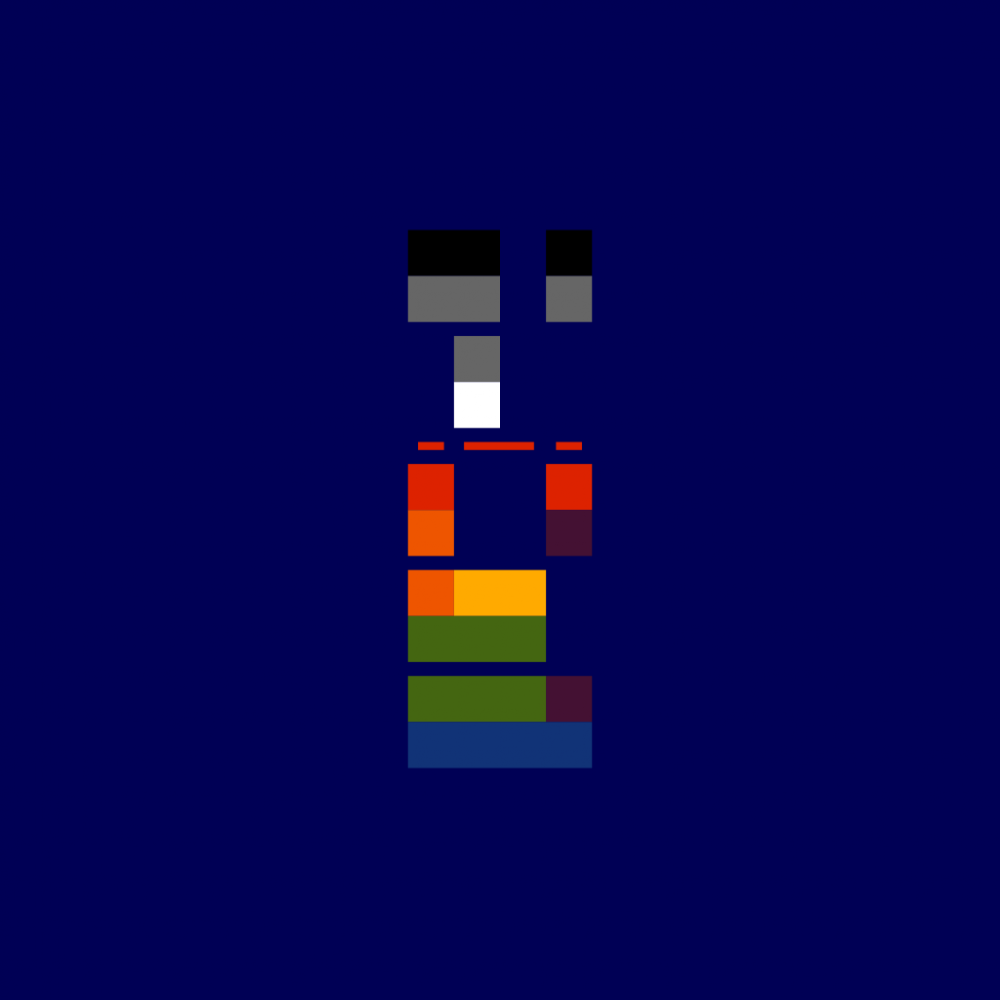 My name is Abby Kruthoffer. I am a writer for Modern Vinyl.

The album I am thankful for is Coldplay’s “X&Y.”

Like many whose passions are rooted in music, a lot of my childhood memories were founded around particular songs and their respective moments. But I’m not talking middle school, teenage memories; I’m talking about the very few you have from before age five. I have a vivid memory of sitting in the back of my mom’s car, looking at the back cover of Coldplay’s Parachutes CD — which had the band leaning over a railing and a large blue sky filling the backdrop. Parachutes was released in 2000, when I was two years old, so that moment was probably from around age three or four. While I don’t think I could fully comprehend and recall conscious ideas I had about this album, I just might have been tired of hearing it.

Fast forward a few years, when I’m 11, and my mom asks me to join her at a concert. It would be my first: Coldplay at Riverbend Music Center in Cincinnati, Ohio on June 4, 2009, in support of Viva La Vida.

I don’t remember how much I listened to that particular album, or any other Coldplay albums in advance of the show, but I do know how much I listened to them afterwards. The show blew my mind, realizing how infectious and beautiful the band’s melodies were. So without knowing release dates, or studying the production credits, or reading blog entries about them, I jumped in.

I came out on the other side with a particular affinity for X&Y. I loved the cover art: a seemingly cryptic, uneven block of colors against a navy background. Once I had gone further into these tracks, I realized how many of them had shaped my life. I’d never gone out of my way to learn song titles before, much less remember lyrics. I listened to X&Y with extreme familiarity. It began, and is continuing, to shape my present.

The opening song, “Square One,” sits as a sweeping, stadium-sized track. The way the drums kick in during the beginning establishes a rhythm that continues to grab my attention even today. Songs like “White Shadows” and “Speed Of Sound” ring similar in their execution, but still have unforgettable hooks. The acoustic tracks on X&Y are some of Coldplay’s most moving, with “A Message” delivering exactly what it implies, and “‘Til Kingdom Come” being the song originally meant to be performed with Johnny Cash before his untimely death.

“Fix You” was the hit single that everyone latched onto in 2005 when this record was released. Although relying on a couple cliches, the lyrics to this track are some of frontman Chris Martin’s best work. While I don’t think one of Coldplay’s main strengths is this songwriting, I do think X&Y has a solid batch of their most comprehensive and clever lines to date. “What If” is built around a strong motif, and even though “Swallowed In The Sea” sounds a bit like nonsense, its biggest musical moments are accompanied by its strongest lyrical flourishes.

My first moments in a recording studio were spent performing my own rendition of “Swallowed In The Sea.” I was 12, and attempted to play every instrument, while singing as much as I could manage. While I’m completely embarrassed of this recording and refuse to show it to anybody (mostly due to dislike of my own voice), it opened me up into a new world of music making.

Coldplay showed me my first self-imposed musical opinion, my first concert, my first time properly listening to an album, and my first time in a recording session. I’ll be the first to admit this is a band that has gone from musically brilliant to mediocre at best; from fairly respected to embarrassingly uncool. After playing “Talk” on many November drives to Atlanta for Thanksgiving, I couldn’t help but take the opportunity to set the record straight on my Coldplay opinions, while acknowledging a heavily influential album in my life. I fully believe X&Y was their peak, and I’m thankful for all of the experiences I have had because of that record. I’m sure some album would have come along at some point to give me these experiences, but I’m very glad X&Y was it.

Abby Kruthoffer
Abby is a Cincinnati, Ohio native attending The Ohio State University for a degree that will hopefully lead her into the music industry. She plays guitar, watches too much comedy television, and also writes/manages for another music blog, The Indie Sound.