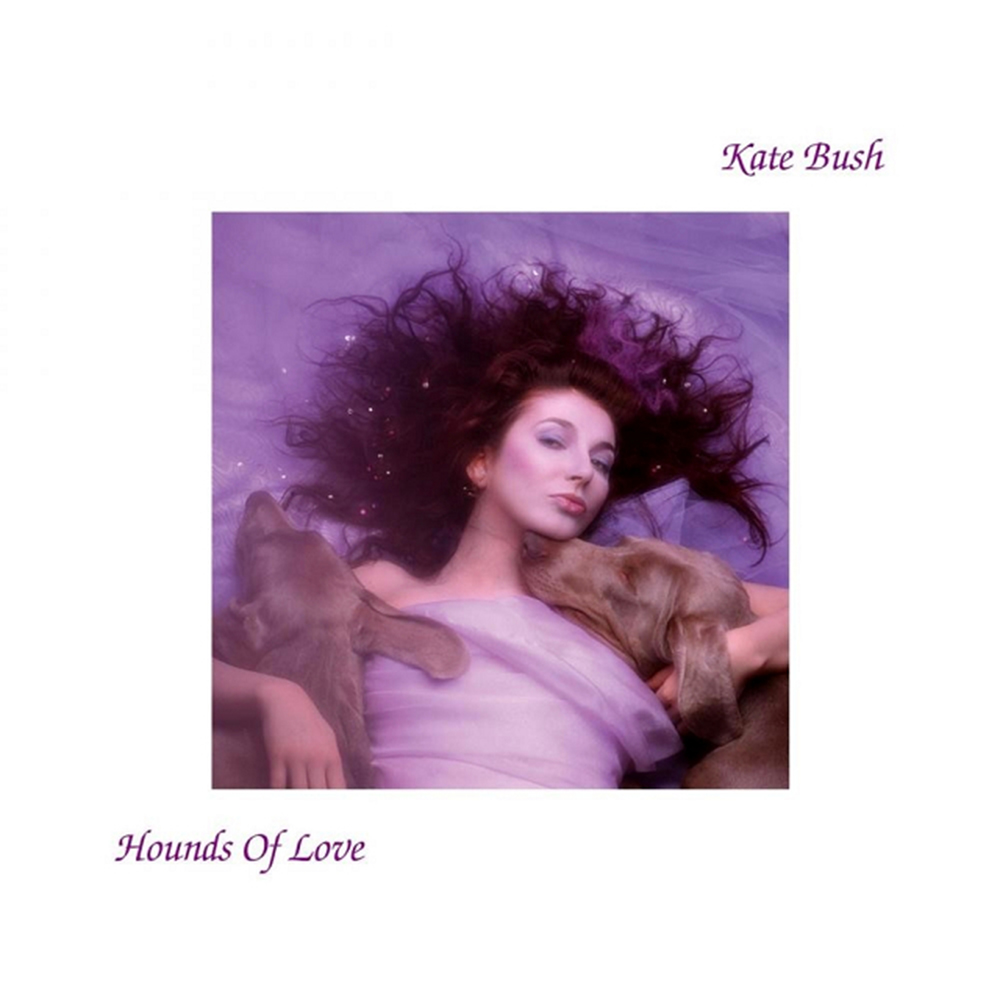 My name is Alan Miller. I am a writer for Modern Vinyl.

The record I am thankful for is Kate Bush’s “Hounds of Love.”

Kate Bush’s 1985 masterpiece Hounds of Love, with its marbled purple wax and minimalist album art, is my vinyl safety blanket. It was love at first listen, primarily due to her biggest single off the album, “Running Up That Hill,” and follow up “Cloudbusting.”

I can’t recall the first time I heard Kate Bush, but it had to have been in my early 20s. While she’s a household name in the UK, her music is a bit hard to come by in the U.S. Still, if you begin to dive down the rabbit hole of progressive and experimental music (as I did) you’re bound to come across at least one of her albums, most likely this one. To my ears, there’s no better example of combining the fierce exploration of progressive rock with the aurally pleasing sensibilities of pop music than Hounds of Love, a feat often attempted but usually falling short for a variety of reasons.

The way the album works is this: Side 1 is the pop singles like “Running Up That Hill,” “Cloudbusting” and “The Big Sky,” while Side 2 is one continuous musical idea (a dream sequence), split into smaller musical segments. It works best on vinyl where the split is easy to discern; I could see how viewing the whole album as one piece would be a little jarring and strange. As excellent as the singles are on Side 1, it’s the artistry on Side 2 that makes this album special. The segments range from delicate and quiet (“And Dream of Sheep”) to downright sinister (“Waking the Witch”), with all manner of rhythms and ideas in between (“Jig of Life”). Technically, it’s a marvel; using an early sampling synthesizer called a Fairlight CMI (also made famous by Peter Gabriel), it allowed her to give these recordings an otherworldly feel at times, sampling different sounds and playing them back at various pitches over traditional acoustic instrumentation. When you put this piece on and give it your full attention, there’s a good chance you will be transported into a whole different world, something slightly more fantastic and magical than the place you are now; it’s escapism at it’s best.

And while Side 2 is a real adventure, it’s Side 1 that I use for comfort. I’m thankful for lyrics like this from “Cloudbusting”:

‘Cause every time it rains,
You’re here in my head,
Like the sun coming out–
Ooh, I just know that something good is going to happen.
And I don’t know when,
But just saying it could even make it happen.

After the outcome of the last U.S. election, I’ve feared not for myself, but for my friends whose skin color, gender and sexual orientation don’t match that of the incoming administration. I’ve chosen to use Bush’s lyrics as a personal call to arms, because deep down I truly believe that something good is going to come out of this. It’s the last line that seals it though; we can’t be silent. We can use our voices to create the real change we want to see.

All that said, was that the point of the lyrics for “Cloudbusting”? No, not even close. Bush’s words are a fairly direct story of philosopher William Reich and his cloudbusting machine, from the point of view of his son, Peter. But it’s the power of her words, mixed with the marching beat and synth melody that never fails to lift my spirits. I’m thankful to have this song and album, and we’re all lucky to have the talented artist and wonderful human that is Kate Bush.