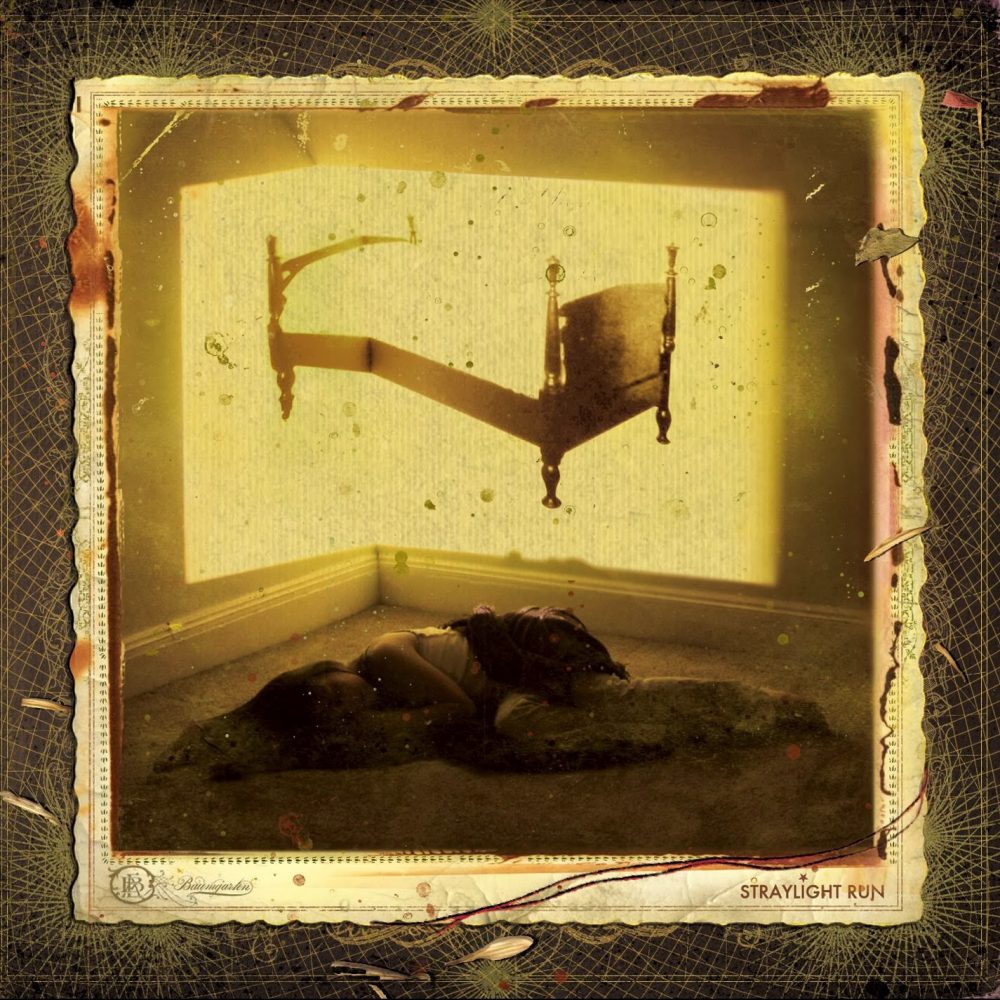 My name is Meghin Moore. I am Modern Vinyl’s Managing Editor of Features.

The record I am thankful for is the self-titled Straylight Run album.

“Sing me something soft, sad and delicate/Or loud and out of key, sing me anything.”

Those 16 words are probably the basis of the most well-known (and well-loved) song in the entire Straylight Run discography. “Existentialism On Prom Night,” their home, features arguably one of the most iconic verses of a song from 2004, or even that new brand of emo that swept the nation in the early-to-mid 2000s.

It was that same period where I went through a musical awakening of sorts, starting when I was in middle school. By the time I hit seventh grade, I was blossoming from an awkward, shy tween, complete with wire-rimmed glasses (that later turned into the thick-rimmed frames that have evolved with my style over the past 12 years), to the person that I am today. This period introduced me to a plethora of great bands, including Dashboard Confessional, The Get Up Kids, Taking Back Sunday and Straylight Run.

In middle school, I was cyberbullied and ostracized at times, and was considered one of the “weird” kids. I didn’t fit in with a lot of my peers, and that’s okay, because despite the negativity surrounding me, I had a solid group of friends who loved me for me. Even with that, I found myself discovering solace in music. Straylight Run was one of those bands that helped me cope with the day-to-day perils of being in my awkward teen years.

By the time Straylight Run’s self-titled was released in October of 2004, I was in the eighth grade, unaware of what the upcoming months were going to throw at me. And like a lot of my friends, the music video for “Existentialism On Prom Night” is the song that introduced me to the band. There was something about it that drew me in, something applicable to the greater work.

Lyrically, there’s plenty of hidden gems within the album, proving it’s not just a dreamy emo-pop record. As I’ve gotten older, I’ve tried to listen to this album with critical ears, rather than just as an album to jam and play in the background. And it’s certainly become more relatable as I’ve gotten older, teaching me some very valuable life lessons. As “The Perfect Ending” states, “you peel back the layers and get down to the inside.”

Of course, this album wouldn’t be considered “emo” without tracks like “Mistakes We Knew We Were Making” and “Dignity And Money.” At times, I forget that “Mistakes We Knew We Were Making” wasn’t originally designed as a Taking Back Sunday song, John’s screaming vocals through “you can’t go home again” bringing back elements of his early TBS work. In “Dignity and Money,” hearing “you can’t take a break when the pain of the world is weighing on your next decision” seems melodramatic, as was the fashion in the mid-2000s.

I was technically a late bloomer. I didn’t reach my prime until well into my college years, when blossoming from an awkward girl into some sort of slightly less awkward adult. Even in high school, I was always the wallflower. I never got asked to dances, and never really got to experience the awkward slow dances that come with the territory of middle and high school life. Did that stop me from thinking that “Your Name Here (Sunrise Highway)” would be a great slow dance song? Absolutely not. “There’s just nothing so simple, nothing so silly, nothing so mundane” about thinking that. And when the time came when I was formally asked to a fancy event, there was no chance for me to even request this song at a dance.

Speaking of dancing, I can’t formally write a piece based in nostalgia without including this little anecdote: “Tool Sheds and Hot Tubs” might be an outlier on the album in terms of tempo and energy, but it was the only song that made me jump up and dance energetically around my room while in my early years. If anybody had actually seen that, I’m sure the amount of secondhand embarrassment they’d have from seeing me would be incredibly high.

“I’ve disregarded what I was, now that I’m older/And I know much more than I did back then, but the more I learn, the more I can’t understand.”

“It’s For The Best” remains a favorite. Since first listening to the album, I’ve learned a lot more about the world around me; it’s part of the territory that comes with being a journalist. And it’s true, that “the more I learn, the more I can’t understand.” Growing up is hard and the same could be said about becoming a proper adult. In today’s day and age, I’ve become so disheartened over the world around me; I just can’t begin to understand why the world is the way it is, no matter how much I try to educate myself about it. Over the years, one lyric has managed to stick with me. Will I become “content with this life that I lead/where I drink too much and don’t believe in much of anything?” It’s doubtful. Despite the current atmosphere here, I can’t bring myself to drink too much, despite my inability to believe in much of anything. I just can’t be content with that.

“It’s For The Best” also features Nate Ruess from fun. and The Format, the added vocals a perfect addition. Straylight Run’s self-titled album was released about a year after The Format released Interventions + Lullabies, and the trio of vocals between Michelle, Nate and John mesh together so beautifully that you forget Nate isn’t actually part of the band.

“Now It’s Done” and “Sympathy For The Martyr” close out the album and really conclude with an emotional punch. “Now It’s Done” also ranks pretty high on the scale of emo deep cuts, while remaining cautiously optimistic. “Sympathy For The Martyr” is my second-favorite song from the album, ending the album on an incredibly dramatic note. I’ve never been fully able to explain why I love the song as much as I do, but I feel like the older I get, the more I might be able to articulate my thoughts in a clear and concise matter about it. After all, “a laundry list of problems doesn’t make you interesting. And never getting help doesn’t make you brave.”