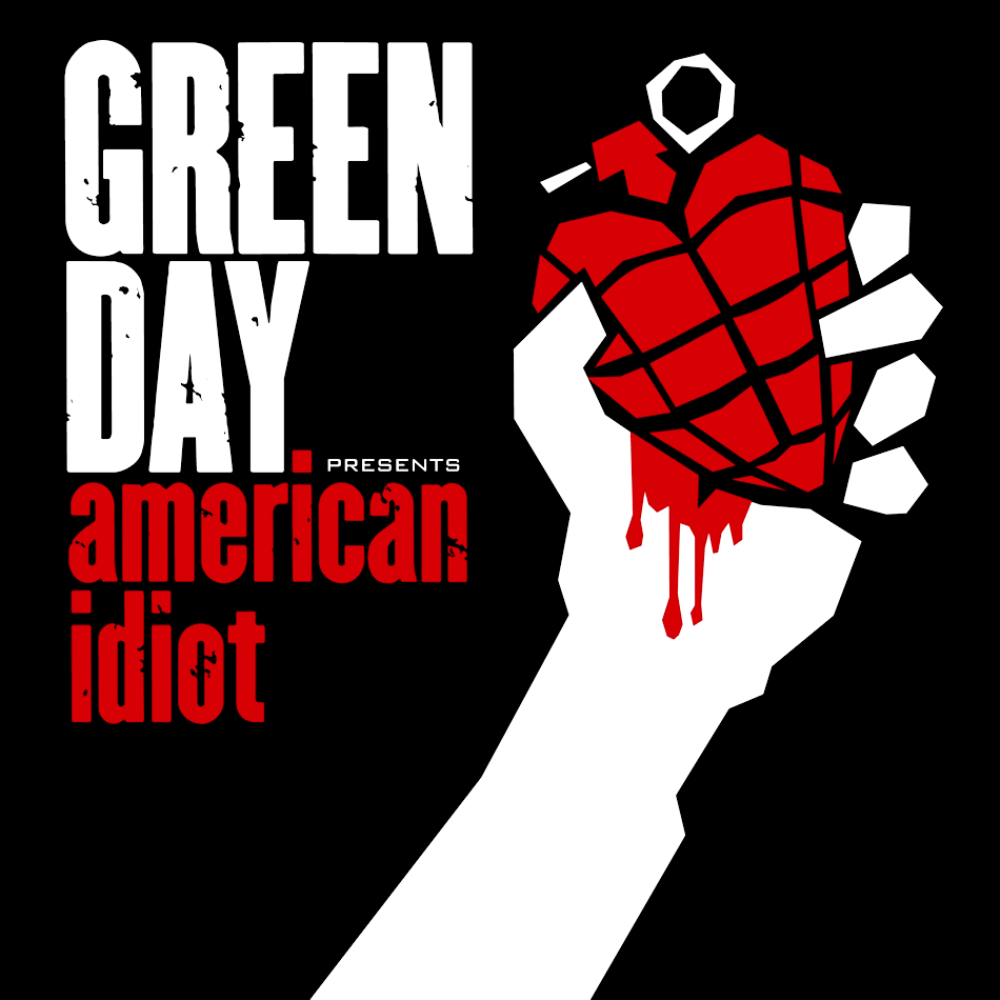 My name is Deanna Chapman. I am a contributor to Modern Vinyl.

The record I am thankful for is Green Day’s “American Idiot.”

American Idiot was released back in September of 2004. Coming out a few years after the 9/11 attacks, the album suddenly feels important again after this most recent election cycle. On the music side, it marked a comeback for the band, and their next few releases just couldn’t compare, no matter how much they returned to that political realm. And as a huge fan of Green Day, it was hard to see them have albums that dropped in quality after the landmark achievement.

There’s no doubt that the singles were overplayed following the release, which wore a lot of people out on them. However, letting it sit for a while and then revisiting was a reminder of how good the record is and how crucial the message in it was/is. Despite being much more of a mainstream sound, it was received well by critics. Pitchfork gave it a 7.2, which by old-school Pitchfork standards, was actually pretty good. Heck, even Rob Sheffield wrote about it for Rolling Stone. There’s no denying the album garnered well-deserved attention.

Largely referred to with that rock opera designation, I’d agree, but it never really feels too operatic when listening. You still get that fast-paced, power chord sound that you’re used to with the band and even though “Jesus of Suburbia” is about 9 minutes long, because of that punk base, it never really feels that way. There’s various “acts” within the song to make it feel like a few separate movements in one.

Punk music has always been used to make a stand and express opinions. Green Day did no different with this record; it just blew up to a much larger scale than most punk albums ever do. They had already made waves with their previous records, namely Dookie and Nimrod, but this clearly went beyond mainstream. And the tour that followed (plus the Broadway musical) was on a much larger scale than the band had ever been on. The people my age were mainly in middle school, or getting there, when this album was released. It’s safe to say most of them, including myself, didn’t immediately understand the whole message, more so seeing it as just “a cool record.”

American Idiot wasn’t my first introduction to the band — that would be International Superhits — but it’s the album that made me dig into their back catalog more than ever before. Up until this album, I only knew about the hits. As I went back and started listening to the records in full, Green Day was suddenly one of my favorites. If it weren’t for American Idiot and getting into it when I did, chances are that wouldn’t be the case today.

Not only did they become one of my favorite bands, but the album helped me learn the importance of listening to records in full. It’s something I do all of the time now. I don’t just listen to the singles and leave it at that. Instead, I take the time to sit down and listen to a full record, especially the ones I have on vinyl. American Idiot, Dookie, and Nimrod have all made their way into my record collection. Sometimes it’s hard to fully express what an album means to me, but this one pretty much started my foray into the world of music, especially punk and pop-punk music.

It’s safe to say that since the election, this album has gotten some more spins than usual. It feels like the time to revisit it and that’s what makes it a good time to subsequently be thankful for it. I’m not one for being much of a political person, but this album has always been a favorite of mine. It came at a time when I was starting to develop my own music tastes and it just stuck with me. Now, I thankfully own it on vinyl and will no doubt give that a spin soon.