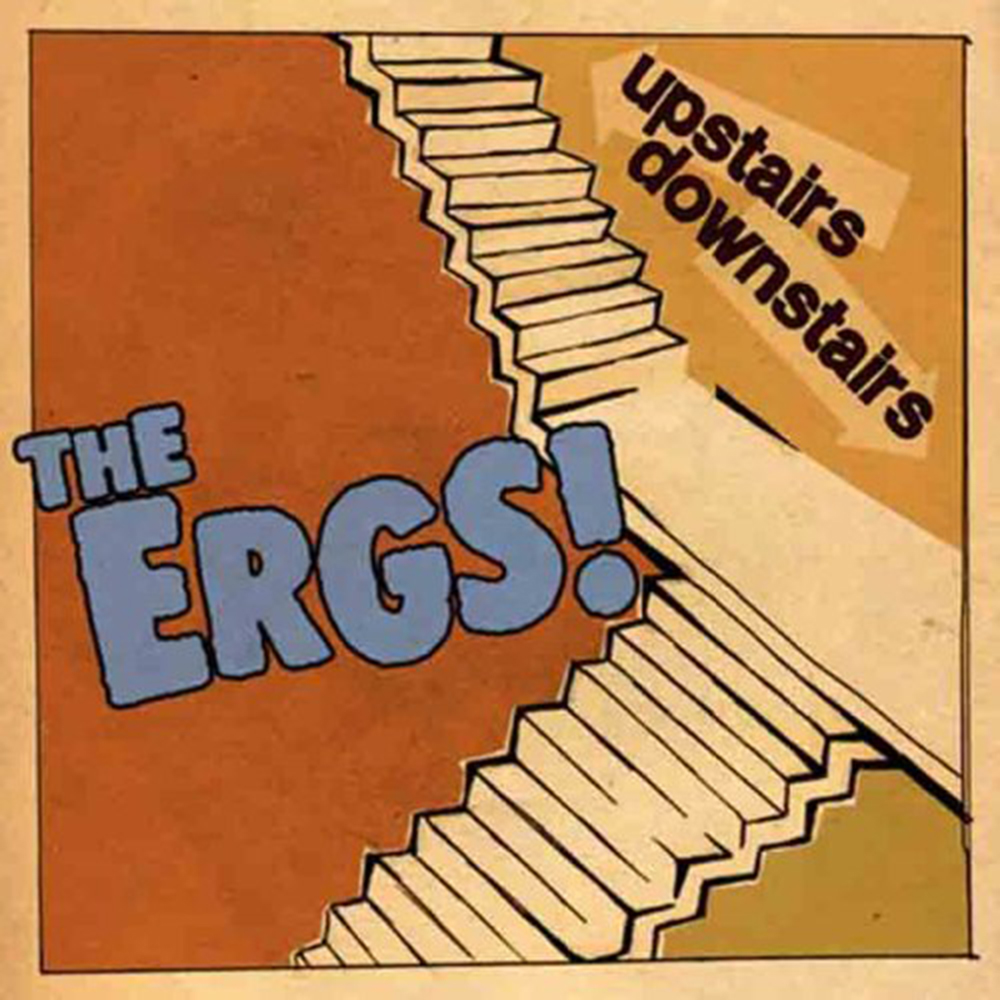 My name is Nick Spacek. I am a writer for Modern Vinyl.

The record I’m thankful for is The Ergs!’s “Upstairs/Downstairs.”

In record collecting, there’s the concept of the “white whale,” meaning the record for which you’re always on the lookout, no matter how rare or elusive it may be. The Ergs!’s Upstairs/Downstairs isn’t that sort of record for me. For one, it’s readily available on vinyl for a reasonable price. And secondly, I already have a copy.

The Ergs! themselves, however, are my white whale. I’m sure we all have bands of whom we’re big fans, but never saw live. I’m not talking about bands that broke up before we were born or had their heyday when we were still in middle school. I’m talking about bands which are discovered at the tail end of their run, and thus impossible to ever see. The Ergs! released Upstairs/Downstairs in May of 2007. I bought the record right around the early part of 2008, and the nearest they came to me on that tour was a three hour drive away. I didn’t go, hoping that their next tour would swing closer.

There was no next tour. The band played their farewell show in November of 2008. They reunited to play the Fest last month, as well as an appearance on the Chris Gethard Show earlier in the year, but that seems to be it.

It bums me out, because I love these songs. All the Ergs! albums are fantastic, but there’s something about the way these songs are put together which makes me lose my mind every time it’s on the turntable. The opening triptych of “Your Cheated Heart,” “2nd Foundation,” and “Boston, Mass” kills me, and might be my favorite opening to an album ever.

“Your Cheated Heart” is a fast and dirty opening cut, which was a hallmark of their catalog, wherein you’d get grabbed by the ears and pulled headlong into the record. “2nd Foundation” has a frantic guitar line that still ranks as my favorite thing to hear when paired with the machine gun rat-tat-tat of the drum accents. “Boston, Mass” might be the only Del Fuegos tribute song to exist, but it’s done right.

“Bike Shoppe” is as near to Descendents/ALL perfection as the Ergs! ever got. I mean, the band’s pop-punk was glorious, but they leaned more toward the pop than the punk, and when they got the dirtiness of the Stephen Egerton guitar sound on this cut, it was homage done right.

“Books About Miles Davis” is a song about which I’ve written before, and it’s one of those little songs which exist for no other point than to build to an amazing — if only seconds-long — jam. You sing along, then get excited, then freak out for 10 seconds, then the song’s over. But it’s finished to make way for a song which I’m proud to say I once played in its entirety on the radio: the 18-minute title track, which is epic and ridiculous, and yet still catchy and never once do I feel like shutting it off. I kind of find myself wishing it would last a little longer, and there’s really no greater compliment I can pay a record.

While I’ve never seen the Ergs!, my love of them has led to the many Mikey Erg bands, like Worriers and his solo releases, as well as the Chris Gethard Show, for which he is the drummer of the house band; along with bassist Joe Keller’s other projects, including the very excellent surf-punks, Night Birds. It’s a case of possibly never catching my white whale, but given the many discoveries along the way, I can’t say I’m terribly upset.