Blinking Through Identity Crises: On Posture & The Grizzly’s ‘I Am Satan’ 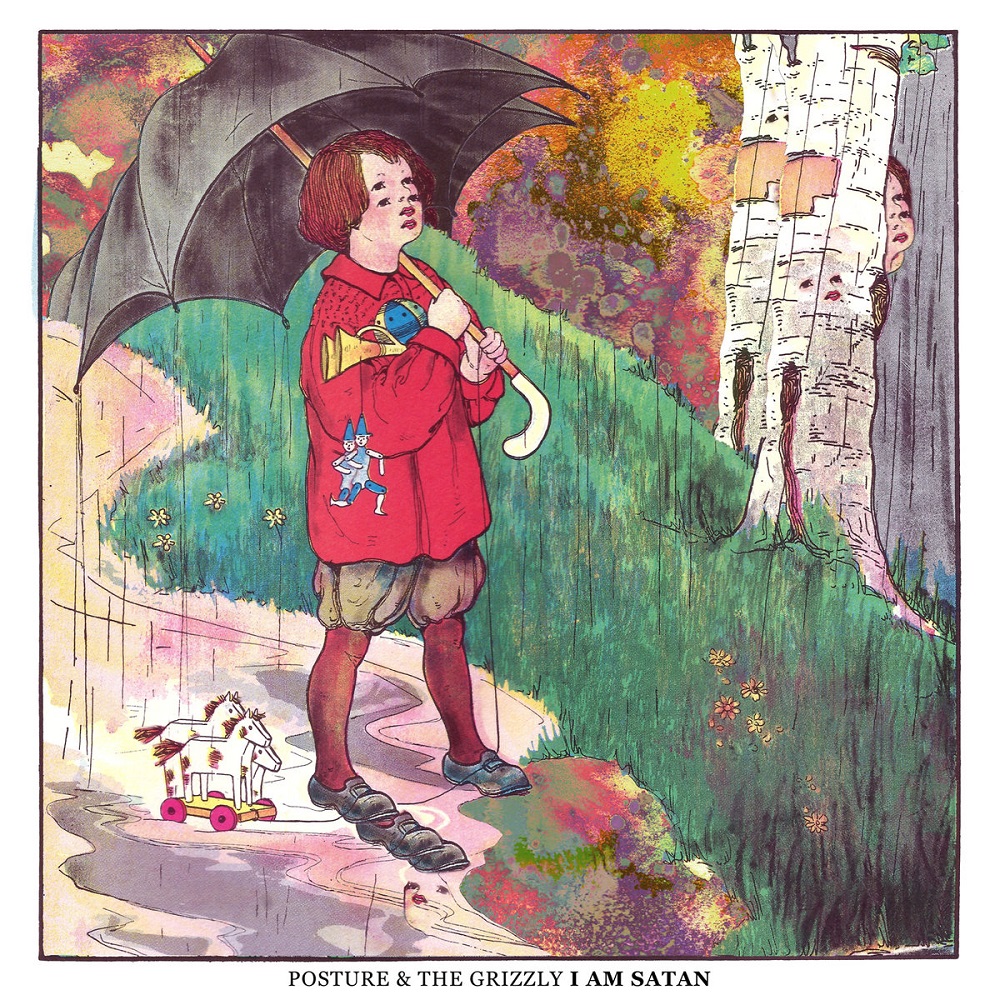 When Connecticut’s Posture & The Grizzly released their sophomore LP, I Am Satan, this past May, it stood as Broken World Media’s latest surprise release. Unencumbered by release cycle press, advance promos, and bureaucratic music “journos,” the album quickly gained notoriety for miming blink-182, a group that’s benefited from being the opposite: press friendly. (In fact, the only advance words on the record, written by Posture guitarist and Broken World founder, Nicole Shanholtzer, immediately verified any obvious blink worship.) Thus, I Am Satan was roped into a world booming with the promise of blink-182’s Grammy-nominated California, even going as far as to spark Posture’s mention in a piece for The New Yorker.

But no irony is greater, not even the mention of DIY punks in a sophisticated mag, than I Am Satan filling the void blink’s latest does not: the absence of Tom DeLonge is accounted for here. Guitarist/vocalist Jordan Chmielowski draws out his phrases to taffy-length discomfort. The shouted yelps present on the band’s debut, Busch Hymns, only creep up in phases: the drunken track “Acid Bomb” being a standout example. Even his guitar lines feature the same DeLonge-patented patterns. Chords spill out as they’re copied and pasted across minutes. Even the string bends and headier textures of life “after blink” get homages here — the instrumental “Star Children” is a glaring tribute to Angels & Airwaves’ space-obsessed persona.

If blink-182 in 2016 gained new ground while continuing without one of its principals, perhaps it’s more fitting to study I Am Satan as a reprisal of Tom DeLonge’s similar crimes. DeLonge’s Box Car Racer was founded as a one-off side project with blink-182 drummer Travis Barker and without the other blink-182 founder, Mark Hoppus. Their sole, self-titled record was issued between the sessions for blink’s Take Off Your Pants and Jacket and subsequent untitled record. As the connective tissue between the two records, Box Car Racer marries the latter album’s fixation on darker, unpolished song structure with TOYPAJ’s flimsy understanding of interpersonal relationships (read: sex). As this is a DeLonge project in the early 2000s, pop choruses still ring out, but do so with more reserve. And as this is a DeLonge project period, its missteps are obvious and loud. “My First Punk Song,” shouting about having “no dick” amid an album framed by dystopian terror could be deleted from the running order without much protest.

I Am Satan matches Box Car Racer’s production without copying its nightmarish prose. Mushroom clouds are replaced with internal struggles. Chmielowski stabs an electric guitar on penultimate track “Kill Me,” while exclaiming “drugs are easier to date” and that he’s “constantly gaining weight/But not eating.” On the energetic “Raspberry Heart,” one of the only nods to DeLonge’s Rolodex of relationship drama, we’re treated to a narrator who’s self-aware of his own dysphoria. Brian McFarland’s caffeinated percussion greets an inferiority complex that has similar shakiness: “You can do so much better than me/Someone you can talk about/He’s not ashamed of his body.” DeLonge pinpoints a different idea of romance, one a little more bashful than on blink-182’s multi-platinum smashes, but is anguished by national ruptures. I Am Satan is Box Car Racer recast for a nation further along on the post-9/11 timeline. Its terrors exist at home in closer quarters.

I Am Satan catalogs its narrator’s problems: bruised, candid, and uncomfortable. Chmielowski is best described as stuck without tangible benchmarks. “Raspberry Heart” explains having “goals” as this tortured concept, attacking the vowel of the word with vengeance. “The Undertow” spills this offense — ambling somewhere but going nowhere — onto a companion, where their “low supply” of curiosity is on the same level as murder. At the same time, this latter exaggeration is a deflection of violent nihilism, away from its narrative source. “Balloons as Hands” cloaks this in a cloud of drug abuse; a rollercoaster mental state makes maintaining art and friendships a chore. “Acid Bomb” also mingles with this, as a sludgy bass riff introduces a shrieked fact: “You know he’s gonna break soon.”

Box Car Racer closes its arc on “Elevator” with its subject — presumably the running boy serving as the band’s unofficial logo — jumping off a building. The longest song on I Am Satan (and its most mournful with its piano-led outro) is called “Delete Me,” briefly mentioning a suicide before explaining “some things aren’t supposed to stay forever.” That quote comes from the implied voice of a former romantic partner, and the fact the song’s thesis statement stems from departed love rather than a departed life is troubling. However, it’s one of the only times romantic and mental wars are pitted on the same plane on I Am Satan. Usually it’s the latter that rings out more clearly.

The first line of Posture & the Grizzly’s discography opens Busch Hymns with a voice playing its best Samuel L. Jackson impression, admitting, “Man, I’m always fucked up.” I Am Satan wears neurosis on its sleeve — identifying as the devil to underscore any waning stability — more openly than its romantic complications. DeLonge’s ghost lingers in some tracks’ depleted hope, but remarkably, the comparisons between the two songwriters discount Chmielowski’s dented, but ever-present, sense of self.