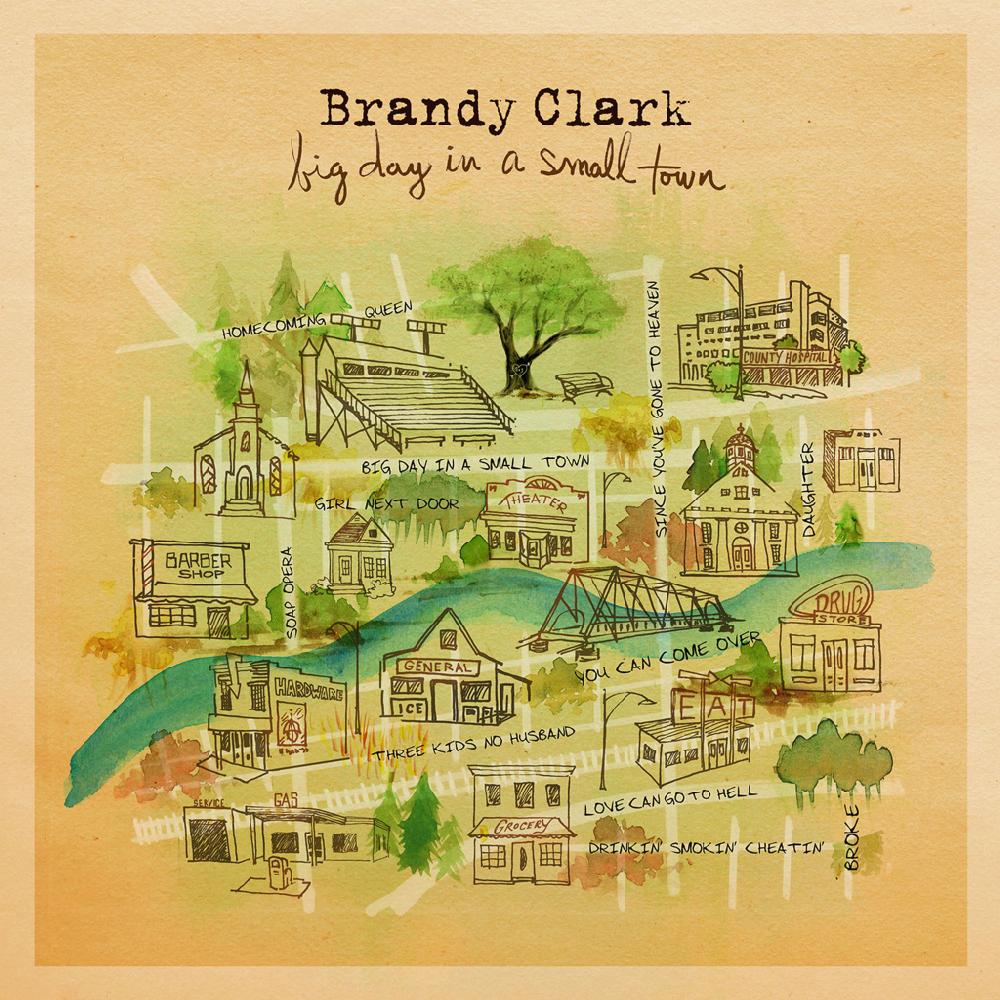 The people with a blanket “I hate all country music” policy — and there are many — tend to think that way for one of two reasons. The first is an assumption of country music to be “hick junk,” reflecting the backwards political and social views of conservative “red states.” The second deals with country being, at times, overburdened with tropes and clichés, boring and played out as a result. The former of these arguments is unfair, and tends to be a case of a few bad apples. While there are backwards themes in some country music — hence the rise of the “Bro Country” movement, a trend driven by sexism and good-ol’-boy values — there’s also incredibly eloquent and forward-thinking artists driving the genre at the moment. Take your pick of Sturgill Simpson, Jason Isbell, Chris Stapleton, Maren Morris, Margo Price, or plenty of the other artists that have scored most of country and Americana’s biggest accolades in the past year and a half.

That second argument, though, does have some validity. Few genres wear their tropes as proudly and as evidently as country. Small towns, home, cheating lovers, drinking, high school nostalgia, family, loss, escape, the open road, fast cars, and the night: these themes appear over and over again in this genre. Even as country music has gone through something of a “renaissance” in recent years, those tropes have remained. Just look at “Speed Trap Town,” the best track from Jason Isbell’s 2015 LP, Something More Than Free. In the song, the narrator mourns the death of his imperfect philandering father, gets drunk at a high school football game, and ultimately decides to get into a car, escaping in the middle of the night. While the above list of tropes is by no means comprehensive, it’s still notable that “Speed Trap Town” hits every single one of them. It also doesn’t matter that the song is so reliant on these constants: hundreds of listens later, “Speed Trap Town” still hurts like you’re living through it for the first time.

Isbell probably escaped the criticisms of being “cliché” or “derivative” largely because of his sound. Sparse, acoustic, lonely, and haunting, “Speed Trap Town” doesn’t sound like anything on country radio — even if it shares many of the same themes with the genre’s biggest hits. It doesn’t have the sheen that you would find in a song from, say, Luke Bryan. Brandy Clark’s Big Day in a Small Town, one of this year’s most buzzed-about country LPs, doesn’t have the same luxury. For this record, her second, Clark opted to work with producer Jay Joyce, a guy who’s manned the boards for the the likes of Eric Church, Little Big Town, Carrie Underwood, Brothers Osborne, and Thomas Rhett. Jay Joyce — unlike Isbell’s man, Dave Cobb — excels at making mainstream country records. Where Cobb is a fan of all things organic and restrained, Joyce doesn’t shy away from lush, glossy, bombastic production.

The first time I heard Big Day in a Small Town, it was that production throwing me for a loop. Clark’s first LP, 2013’s 12 Stories, was a whip-smart classic country record, comparable to Kacey Musgraves with a more traditional feel. (Fittingly, Clark is a frequent Musgraves collaborator). Big Day, in contrast, is bright, sunny, glossy, and radio-ready. Lead single “Girl Next Door” has a disco beat behind it; “Soap Opera” relies on a big, sing-along hook; “Homecoming Queen,” is a Clark original that previously appeared on a Sheryl Crow album. At first, I was overwhelmed by the mainstream sound — particularly on “Girl Next Door,” still the album’s weakest moment — and worried this would be Brandy Clark’s “sell-out” record.

The more I listened, though, the more I realized that Clark was too smart for that. Big Day in a Small Town, like Isbell’s “Speed Trap Town,” plays every country music cliché in the book. It’s all about the people who live, love, and get their hearts broken in small towns in southern America. “Homecoming Queen” is pure, wistful, aching high school nostalgia, told from the perspective of a grown-up high school beauty who is realizing she peaked at 17. “Soap Opera” and the title track revel in the gossip — much of it venomous — that infects tiny towns where everybody knows everybody else. “Drinkin’, Smokin’, Cheatin’” is a classic-sounding number that admits its tropes right there in the title. “Since You’ve Gone to Heaven” reflects on loss and ponders thoughts of escaping to greener pastures. And plenty of the songs, from “Daughter,” to the fittingly-titled “Love Can Go to Hell,” occur in the aftermath of shattered relationships.

Suffice to say that, on paper at least, there aren’t many things about the record we haven’t heard at some point in the past 50 or so years of country music. In other words, there’s nothing as daring as the cosmic drug trip that Sturgill Simpson took on “Turtles All the Way Down,” the opening track from his 2014 breakout, Metamodern Sounds in Country Music. There’s also nothing as cutting edge as most of the songs on Maren Morris’s Hero, another acclaimed 2016 album from a kickass country female. Where Morris gleefully blends pop and country, references Diddy, and cusses liberally, Clark is still largely a traditionalist.

Ultimately, though, it’s that faith in country music traditions that makes Big Day in a Small Town so wonderful. Clark fully embraces the tropes and clichés that define her genre, but she doesn’t do it lazily like most of the Bro Country boys did. Instead, she uses those tropes to color deep, personal stories that the people in her core audience — ostensibly, people from small southern towns — will relate to. “Daughter” and “Three Kids, No Husband” are, in part, asshole-guy-done-me-wrong songs, but they are also far from dime-a-dozen. “Daughter” is a spiritual cousin to Carrie Underwood’s smash “Before He Cheats,” in that both songs are about a cheating guy about to get some serious comeuppance. The difference with Clark is that, while she thinks about pulling a Carrie and wrecking her guy’s car, she ultimately decides to let the universe get revenge on her behalf. “Karma’s a bitch, so I hope you have a daughter,” she sings on the chorus. In other words, see how you like lying, cheating, manipulative assholes when it’s your daughter’s heart they’re breaking.

“Three Kids, No Husband” is even better. Co-written with Lori McKenna — herself enjoying a breakout year as a country-leaning singer/songwriter — the track sees a single mother trying to make ends meet. Her ex either gambles away the child support money he owes her or spends it on drugs and booze, and she’s left to fend for herself and her kids. That means working multiple jobs, having no time to herself, except during smoke breaks at work, and still paying rent two weeks late. The expository details of the song make it sound like a demoralizing downer, but the beauty in the writing is how Clark and McKenna explore the day-to-day life of their protagonist. In one verse she’s juggling parenting responsibilities for three kids, of three different ages, who need three different kinds of love from her. The next, she’s working her job as a waitress, making bad coffee but still earning those tips because “she’s quick with a smile and good with names.” From time to time, she ends up wondering how she got here and fantasizes about living a different life. She never breaks, though, because she loves her kids and they need her to be their rock. As the final verse proclaims outright, “she’s a real-life hero.”

The problem with clichés and tropes in songwriting is that they’re often placeholders artists use because they’re too lazy to dig deeper. With Big Day in a Small Town, though, it’s tough to imagine Brandy Clark finding a deeper level. Her characters are so real and so deeply felt that you want to find out what happens to them after the record stops spinning. Her stories are so detailed and relatable that they catch you off guard and take you back in time to moments in your life when you went through something similar. Those memories may not be things you want to relive—whether it’s fumbling drunkenly out of heartbreak (“Love Can Go to Hell”) or trying to move on when a parent, grandparent, partner, or friend is gone (“Since You’ve Gone to Heaven”). But Clark’s songs capture the details with such fierce honesty that it’s almost impossible not to reflect as you listen.

As far as I know, Big Day in a Small Town isn’t autobiographical. Bits and pieces of its stories may be based on experiences from Clark’s past, but everything from the title to the album cover seeks to present the songs as fictional vignettes rather than personal diary entries. When you listen, though, it all sure feels real. It’s a reminder of why country music’s tropes and clichés have survived for so long, past every parody and punchline. When used correctly, those tropes still justify the old mantra about country music being “three chords and the truth.”