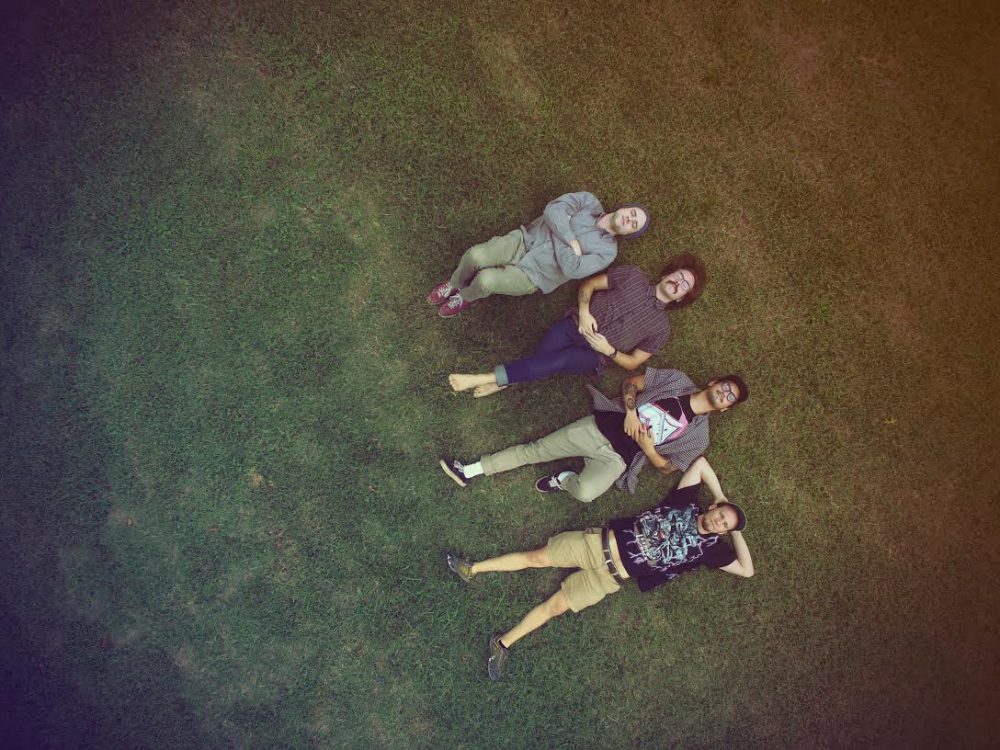 Richmond’s Antiphons has all the fixings of a post-punk wanderer, so much so that frontperson Brian Dove sleeps through vocal phrases with a Michael Stipe-like haze. “Losing Teeth,” the second single from Antiphons’ debut full-length album, Groan, is enhanced with a video directed by guitarist Tommy Terrell, premiering below. A series of dancers flail out of sync with the background music — despite heavy chord pattern rhythm trying to get them back in line — as a striking visual companion to Groan‘s fixations on isolation, miscommunication, and human disconnection.

From the band comes an unconventional story for an unconventional idea: “Tommy’s idea clicked with Brian, so they called their good friend, Chloe Bowman, a marvelous choreographer and dancer in Brooklyn, NY to see if she would like to collaborate. She and her company, ChloeIsabow & Co. agreed and got to work on choreography. A few weeks later Brian and Tommy drove up to New York to shoot on the roof of Chloe’s Brooklyn apartment. At the end of the night they were satisfied they’d have plenty of coverage for a nice edit, so they ordered pizza for the crew and Brian accidentally ate a pesto sauce that was made with walnuts, which Brian is allergic to. Tommy and Chloe drove him to the hospital where Brian threw up into a plastic sock and dozed off on Benadryl for a few hours. In the end, Brian is alive, and it’s a good thing, because after looking at some of Tommy’s heavily edited versions he said, ‘Hey, these edits are extremely decent, but I have a better idea, let’s not cut. Instead let’s focus on an aesthetic and let the dance speak for itself.’ Tommy passive-aggressively agreed and in the end Brian was right.”

Groan will be released on cassette through Citrus City Records. The run is 35 “glitter gold cassette tapes” and all orders include a koozie. There’s also a pressing of 300 copies through Gigantic Noise Records. The album is coming out on Jan. 13.