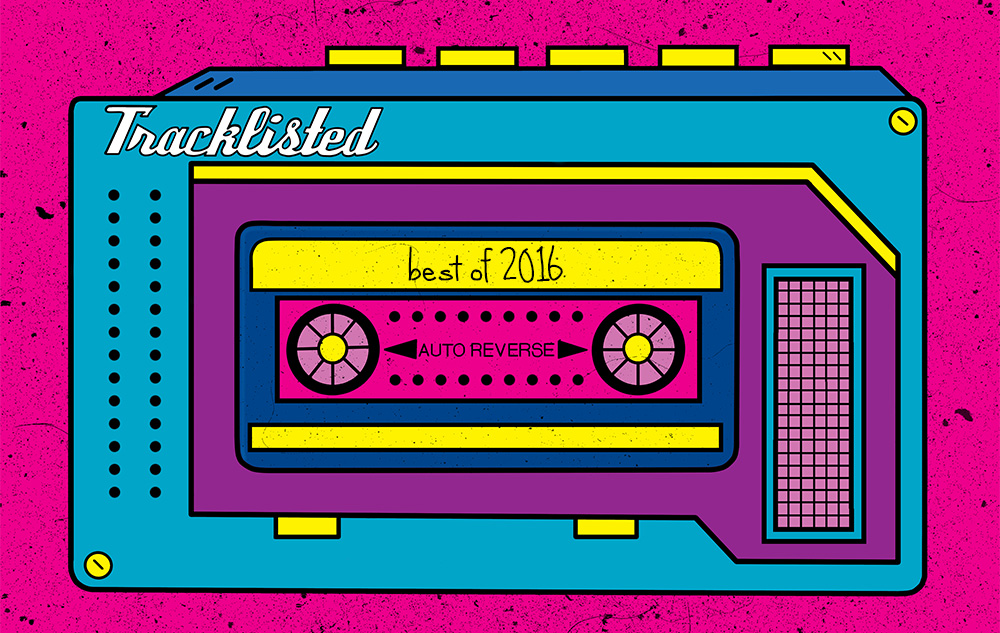 I’m holding onto the belief that 2016 was the best year yet for music in the 2000s. And I think our list backs up that claim. Not only did we have the perfect storm of long-awaited/surprise releases in Frank Ocean, Kanye West and Beyonce; we had a great year of hip-hop and rap with Chance The Rapper, Anderson .Paak, Rihanna, Childish Gambino and Blood Orange; we had a plethora of unique and needed voices like Mitski, Angel Olsen, Anohni and Japanese Breakfast; we had a strong year in the rock(ish) genre with Pup, Jeff Rosenstock, and in a different world, Bon Iver and Radiohead; and lastly, we had another strong year in movie music, with highlights being Mica Levi’s Jackie and Nicholas Britell’s Moonlight.

How to combine all these standout moments into one, cohesive, 6-hour list? That proved to be much more difficult than actually finding 100 worthy songs. I ended up going in a pretty traditional route. Here’s the breakdown and your list.