With a myriad of options for vinyl subscriptions, there’s no end to who can curate new listening experiences for you. Still, there’s nothing quite like the hand-picked, personal touch that comes with a recommendation from a local record shop. One such record shop is combining those two worlds.

Philadelphia’s Creep Records, along with a physical store in the Northern Liberties section of the city, has been a record label for over 20 years, releasing albums by the likes of Plow United and more. Here, each subscriber has legit record store employees making picks for them each month. We reached out to Creep’s manager, Will Angelos, via e-mail and asked him some questions about this new spin on an old idea.

Modern Vinyl: What gave you the idea to offer up this subscription service?

Will Angelos: We started seeing different vinyl subscription services pop up and thought we could provide a different twist. People constantly comment when they come into our physical location in Philadelphia that we have records that they’ve never seen in any other record store. We’ve always loved music from the past, but we are equally excited to find something new that we love. We have in-store performances with limited numbered posters and merchandise. We saw these services and thought a physical store with actual people choosing your music, instead of a computer algorithm, would be a great option for people who want a more personalized subscription service. 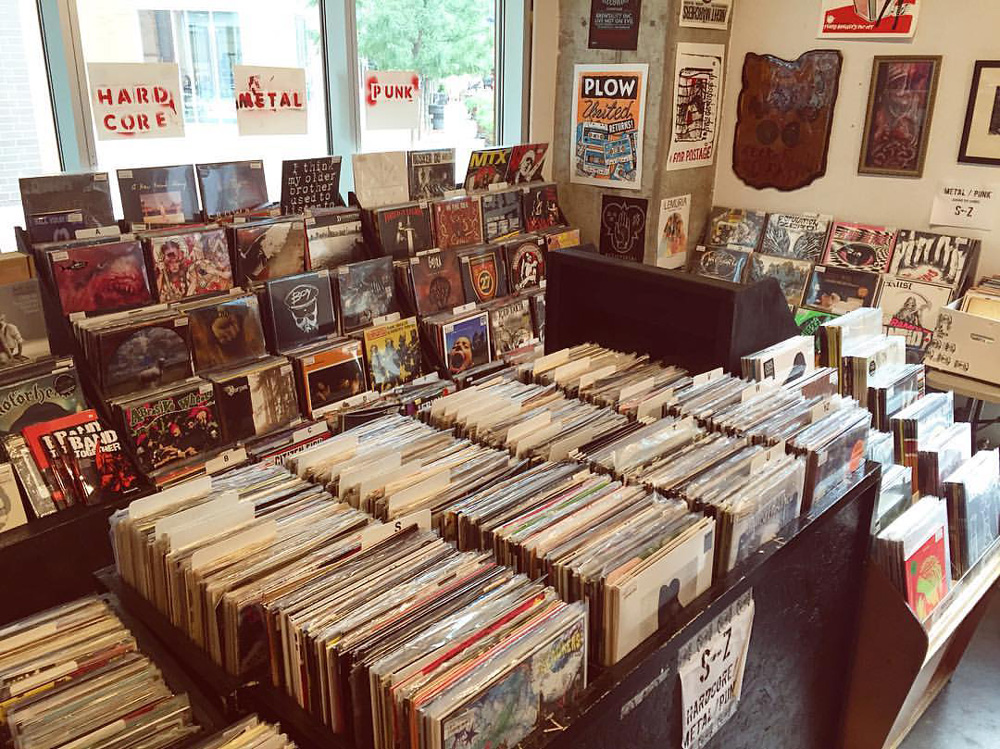 MV: Did you start it out in-store before going subscription/mailorder?

WA: We’ve never done a subscription service in the store before. However, we love giving and getting recommendations from our customers when they ask. Just like any person that loves music, we love letting someone know about a band we love that they might like too. I’d like to think I have a pretty open mind about any music, so it’s not the smug record store stereotype when people come into Creep Records. I love that people love music. In no uncertain terms, music saved my life and still continues to help me. I don’t really care what genre that meaning comes from for different people. I love hearing and meeting people in the store that express what any band has meant to them. I want this subscription to be an extension of that core feeling within our physical store.

MV: Why would someone need the Creep Records subscription?

WA: You need our subscription if you’re truly passionate about music and want a team of equally passionate music fans looking to track down vinyl and other merchandise that you will love. We want each monthly subscription to feel like you came into our store, shot the shit with us about bands you like, and then asked for a recommendation. There’s nothing quite like coming into our store, but we want the subscription service to be as close as possible.

MV: What do you feel that Creep Records can offer that other services can’t?

WA: While we pride ourselves on the fact that actual people pick out your records based on your music tastes, the thing that really sets us apart is the fact that we’ll send you limited, exclusive merchandise from our in-stores, along with limited color vinyl that only independent physical record stores can get. The music community has realized how vital record stores are in recent years and give us a lot of exclusive vinyl, merchandise and content that you can’t get anywhere else. We want to make subscribers part of our community as well. We know almost all of our normal customers by name when they come in and we consider many friends. We want to extend that to our subscribers as well.

MV: Are you specializing in anything, or do you feel like you and your staff have enough depth of knowledge to cover anything?

WA: Part of the reason we felt as though we could handle personalizing this now is that our staff has a wide-ranging music knowledge. We have employees that love The Front Bottoms and Modern Baseball, others that love Sheer Terror and Madball, Bouncing Souls and NOFX, Phish and The Disco Biscuits, Run The Jewels and Aesop Rock, Frank Zappa and The Beatles, and so on. Our one owner Mark Tawney can talk to you about all things rockabilly, punk, Grateful Dead, and underground hip hop, maybe all in one conversation.

We’ve never had a staff of such diverse music tastes, which makes for great subscriber selections and a ton of fights over what’s playing in the store at any given time. Additionally, our label started out as a hardcore/punk label, but it has always put out what we loved, from hip hop to country and beyond. More recently, we’ve been loving a lot of the more instrumentally interesting indie/emo music, coming out releasing bands like Vivian K., Goddamnit, JANK, and Julia Rainer most recently.

Sorry, that was a really long answer just to tell you we love everything from the small indie band you haven’t heard of yet, to the biggest classic rock band from the past.

MV: How has the response been thus far?

WA: The response has been absolutely incredible and shocking, to be honest. We hoped people would be into the idea of a more personal experience with an online service, but we had no idea it would grow this quickly. We’re loving every moment of it and already planning some crazy exclusive content that we thought we wouldn’t be able to do for a while until our subscriber base had built up enough to justify it. People signing up now are in for some really cool content in the coming months.

MV: Where have subscribers come from: are you seeing a lot of word-of-mouth, for instance?

WA: It’s hard to tell with online stuff exactly where the subscribers are coming from. We do a lot of online posting and advertising, but that wouldn’t be solely responsible for how quickly this has grown. Creep began has a DIY house show community outside of Philadelphia, and many of those people are now spread all over the country. Another one of the owners, Arik Victor, still gets people coming in talking about those days or different releases from the label over the years.

It’s an ever-expanding community of people that care enough to tell other people about the different things we’re doing and we’re really grateful for how much people care. Our in-store performances and art shows are a big welcoming hangout just like the DIY shows were back in the house show days.

To sign up, go to the Creep Records Vinyl Box site and select your monthly box.