Review Roundup: A side-by-side comparison of the latest from Vinyl Me, Please 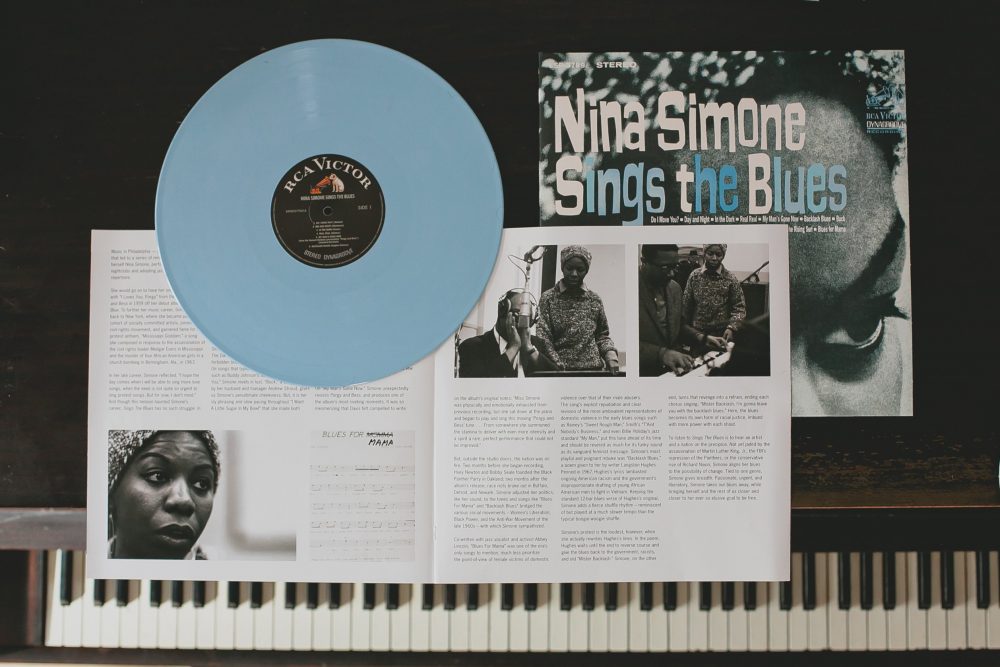 The two most recent “Record of the Month” entries from subscription service Vinyl Me, Please present an interesting contrast in how to do reissues. Given the vast majority of the VMP monthly selections are exclusive represses of essential albums — with the occasional deluxe version of new hotness — it seems like the company would have a more consistent approach to how they re-release.

When comparing Nina Simone’s Nina Simone Sings the Blues and Panda Bear’s Person Pitch, it seems pretty obvious, though, that these reissues can vary wildly in terms of what one gets. In terms of non-essentials, it’s pretty standard: art print, cocktail recipe, and some cool vinyl color. After that, however, even the superficial aspects start to diverge.

Nina Simone Sings the Blues comes in a heavy-duty poly sleeve; the gatefold jacket comes in and out of it pretty simply. It’s contrasted by Person Pitch‘s rather thinner poly bag, with a fold-over flap, which seals. Said bag is just barely big enough for the double LP, while the stickum on the flap constantly catches the jacket as you remove. 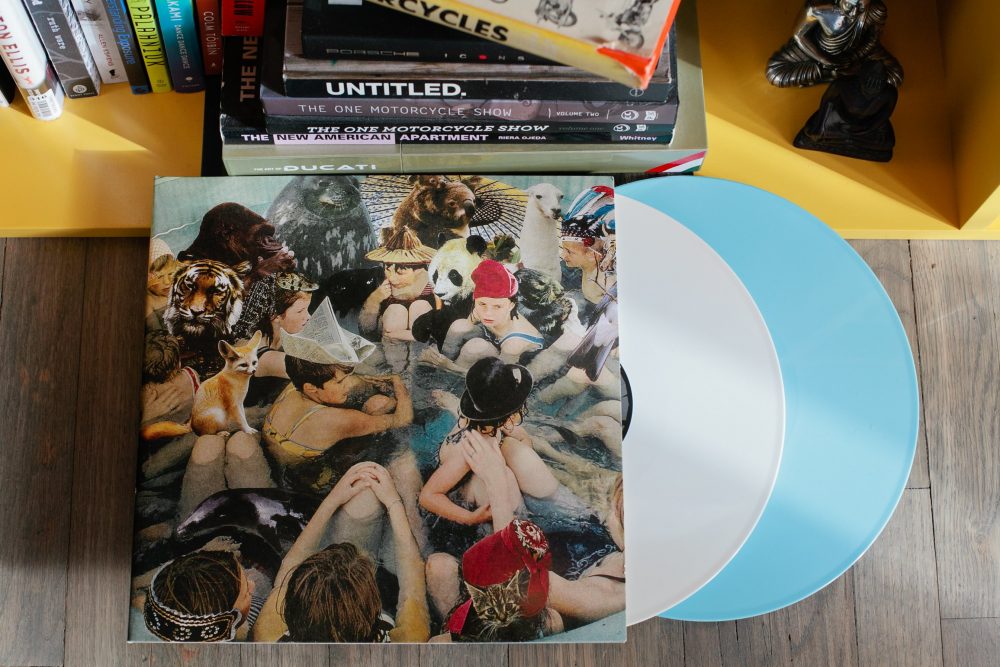 All that’s fairly surface, however. The vinyl pressing for each sounds amazing — although there’s nothing on the packaging for the Panda Bear release indicating it’s a 45rpm pressing, as opposed to 33, so “Comfy In Nautica” came out of my speakers like a nightmarish dirge until I remembered. The vinyl color even ties in nicely to the packaging in which the records come, and both of these albums look and sound better than you’ve likely ever heard them. Person Pitch in particular — while always a headphone record — will likely melt your brain a little after the first play-through.

It all comes to a head at the “extras,” though. Panda Bear’s Person Pitch is a ten-year anniversary reissue. The folks at Vinyl Me, Please put together two blog posts for the release — an essay titled “Person Pitch And The Slow Crawl Of Adulthood” by Jamieson Cox, as well as a breakdown of all the samples used by Noah Lennox when creating the album. They’re amazing reads. Why aren’t they in the album itself? I don’t want to have my phone out while I’m digging into this stuff. I want to have the whole package strewn across my living room floor as I delve into everything.

You can, however, do that with Nina Simone’s LP. Nina Simone Sings the Blues comes with a booklet featuring amazing David Hollander photo outtakes from the cover photo sessions, along with the insightful and illuminating essay by Salamishah Tillet, “Nina Simone: The Voice of a People,” as well as lyrics. It’s simple, but effective. It’s also all the more striking when one considers that this is an addition: Simone’s original release obviously didn’t include any sort of liner notes beyond those which were on the back of the jacket.

In the case of VMP’s Person Pitch reissue, they’ve actually taken away an insert. The original 2007 release included a gatefold insert with a bunch of thank-yous, as well as a series of further images from cover artist Agnes Montgomery. It seems reductive to reissue a record with less material than in the original. Additionally, it comes across as rather silly to go the deluxe die-cut route for something like Glass Animals’ brand-new record, or to throw in stickers for Beck’s Odelay, if you’re just going to do a tenth anniversary repress which actually eliminates material. It’s a step backward, rather than one forward.

For a company as focused on physical product as they are, one would really expect the actual product to be all-inclusive, all the time — the art print is nice and all, for example, but I only have so much wall space, and I can’t go buying strange liqueurs every time a new cocktail recipe comes across. I’d rather everything to be in-hand, so I can sit down, drop the needle, and immerse myself 100% tangibly, rather than reaching for my phone or laptop.

Maybe it’s due to the fact that so many of these older albums have a litany of scholarship behind them, but if you’re going to celebrate an album on its anniversary, give listeners a reason why. Take Vinyl Me, Please’s February record, Main Source’s Breaking Atoms, which comes not just with a bonus 7-inch, new album art, and color-in-color vinyl, but a foreword by rapper Pharoahe Monch and 12-page lyric booklet with behind the scenes photographs.

That’s how you do a repress, kids. More, please.