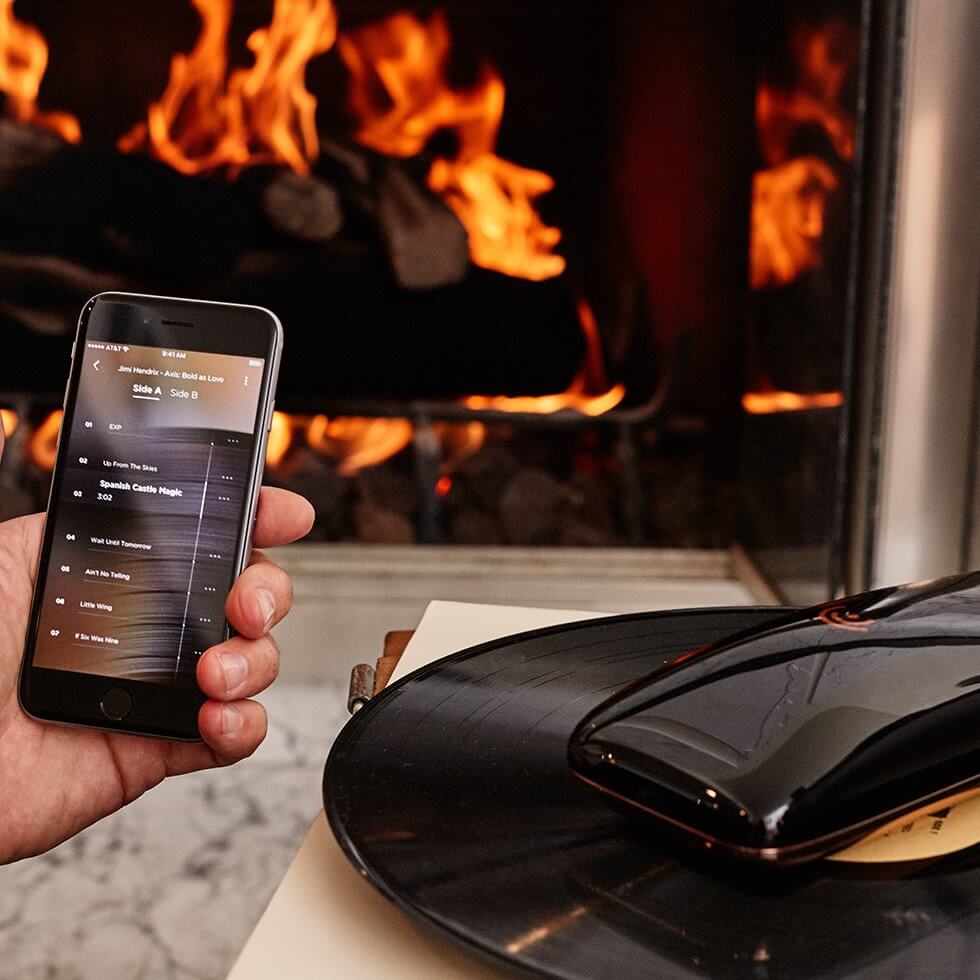 Over at Kickstarter, they’re selling a new “intelligent turntable,” a device called Love, which has you placing a needle and sensor overtop the record. An app controls the device, which allows you to select tracks and adjust volume.

LOVE streams the finest analog sound via Bluetooth and Wi-Fi to audio devices including speakers, headphones, Hi-Fi components and home theater systems. Wi-Fi compatibility and connection to a DLNA source also allows for playing through nearly any home ecosystem and personal listening device, including Sonos. If your speaker system is not Bluetooth enabled, LOVE comes with a 3.5mm or RCA plug-and-play Bluetooth aptX adapter.

In the promo video, they also make sure to state that there’s “no weight” put on the record, which is often the issue with devices that spin around your records (not the records spinning around themselves).

The campaign has been wildly successful, with $215K already secured in a few days. The first level, which nets you the device for $319 (retail will be $599), is still available.

Delivery is estimated for October of this year.