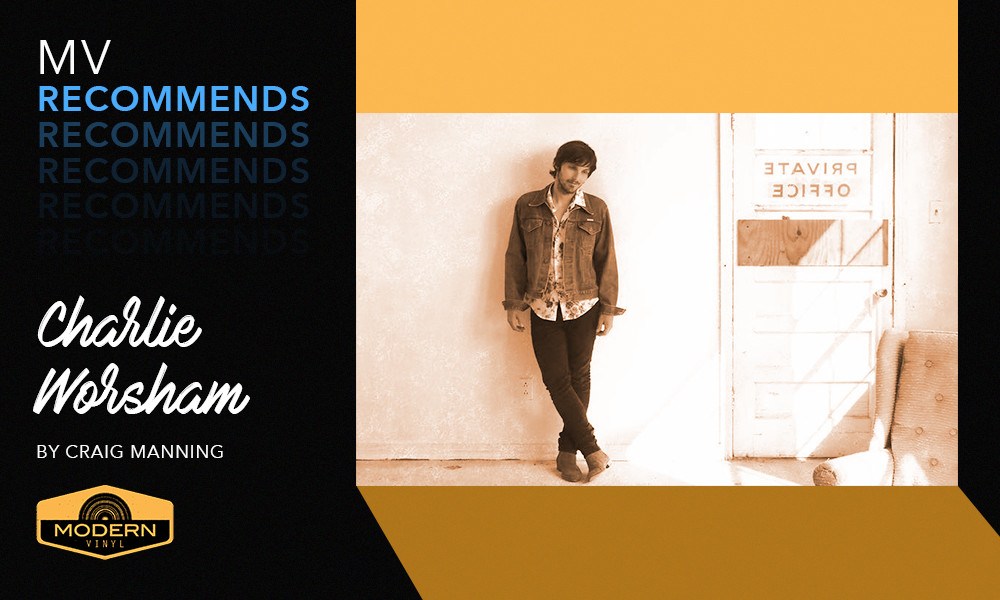 This week, Modern Vinyl recommends Charlie Worsham’s “The Beginning of Things,” the sad and cutting title track from his forthcoming sophomore album.

When Charlie Worsham’s “The Beginning of Things” starts to play, you figure it’s going to be one of those Notebook-style songs about a couple and their lifelong love for one another. All the ingredients are right there in the first verse: a pair of characters (Bill and Samantha) who fall in love and marry young.  But then the refrain rolls around and twists the knife: “They started building a house/She’s still living there now/With her half-painted porch and rusty gold ring/He only likes the beginning of things.” It’s a deft bit of songwriting, one that conveys the passage of time, the disintegration of a marriage, and the main character’s tragic flaw (Bill’s ramblin’ man ways) in just four lines.

The first time I heard the track, actually the title cut from Worsham’s forthcoming sophomore LP, it caught me completely off-guard. Worsham’s first record, 2013’s Rubberband, was breezy radio country, with songs about being young, wild, free, and in love. On the strength of that record — combined with the easily digestible nature of the songs — Worsham was tipped as the heir apparent to Keith Urban in the mainstream country sphere.

But “The Beginning of Things” has the depth, nuance, and hard-hitting details of more left-of-the-dial country music, from Jason Isbell to John Moreland to Lori McKenna. Most of the song is devoted to following Bill and Sam after their split. Bill continues his wandering; Samantha stays in the home they built together, until she develops Alzheimer’s; the daughter they had together is forced to grow up a child of divorce. In the last verse, Samantha passes away and the song focuses in on her funeral: “He was the third one to get there/Just mother and daughter and Bill,” Worsham sings, perhaps teasing a moment of love and forgiveness between Bill and his estranged daughter after all these years. Instead, the daughter gives her dad the reality check he deserves: “She said ‘Mother never blamed you/But I always will.’” It’s a surprisingly bitter and resentful end to the story, but it makes the song sting and linger long after it stops playing.

After I’d heard “The Beginning of Things” the first time, I looked up who wrote it. Though Worsham is the performer (and though he wrote or co-wrote most of the songs on his lively, eclectic new album), “The Beginning of Things” comes from co-writers Donovan Woods and Abe Stoklasa. Knowing Woods’ work as a solo artist (and knowing his previous collaborations with Stoklasa), I should have guessed that the two were behind it. Woods and Stoklasa are becoming Nashville’s go-to songwriting pair when mainstream artists need deep, cutting ballads that are a bit thornier than the usual Music Row fare. In 2014, they contributed “Portland, Maine,” an aching song about a man putting an end to a long-distance relationship, to Tim McGraw’s Sundown Heaven Town. And last year, they got Lady Antebellum’s Charles Kelley to cut their song “Leaving Nashville,” about the up-and-down struggles of being a professional songwriter in Music City.

Like both of those tunes, “The Beginning of Things” is an instant classic, a song that frames a familiar story in a way that no one has quite thought of before. It’s a sign that Woods and Stoklasa are two of the most valuable songwriters in Nashville today, but it’s also an indication that Worsham might have more on his mind than being country radio’s next hitmaker. And The Beginning of Things, out April 21, is certainly not your typical mainstream country album. The songs see Worsham flexing his considerable guitar skills, exploring a versatile array of genres and subject matter, and serving up a heavy dose of humor to go along with the heartbreak of the title track. It’s a worthwhile listen — even if you don’t normally gravitate toward country music.