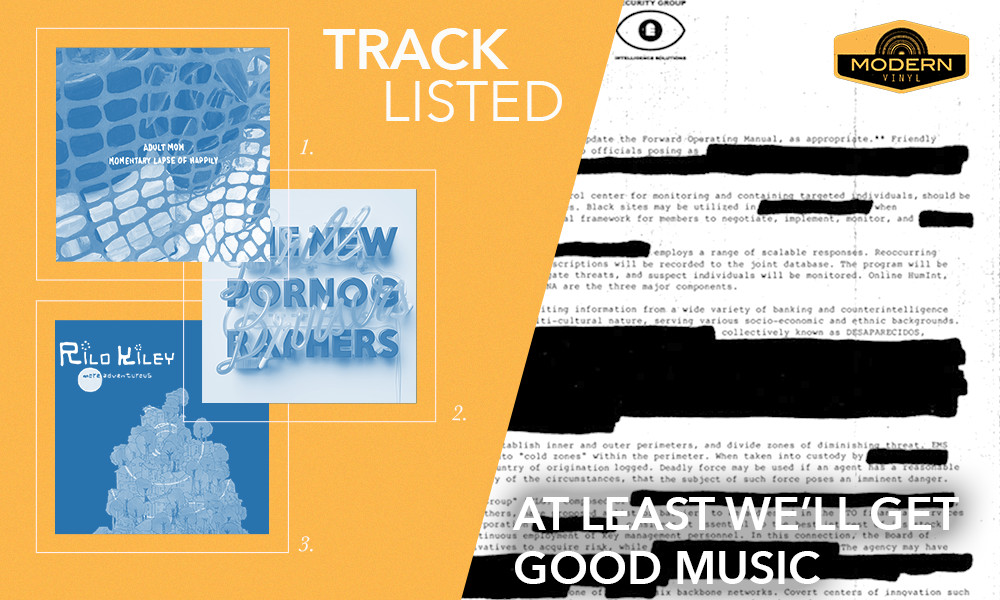 “At least rock music will be angry again!”

That statement, and others of its ilk, could be the most ridiculous way of processing our recent presidential election, putting one’s artistic consumption over the pain and suffering of others. Sure, there’s part of that argument that relates artistic consumption to increased awareness, or even to increased, positive action, but should we really equate a collective, if not at times national misery to rock and punk bands having more material? Probably not. It’s also quite narrow minded. The election of Donald Trump doesn’t kick off a new era of political songs, it more so occurred in the middle of a new generation of protest music.

Meanwhile, albums that were recorded prior to Trump’s win will now be afforded additional political meaning (it’s already happening with Father John Misty’s Pure Comedy), thus slightly warping their original intentions. (We probably won’t see true Trump-era studio recordings until early 2017.) The Tracklisted this intro is eventually leading to hopes to both prove this “new generation” proclamation and give you a ready-made playlist for the months to come. It hopes to give you issue tracks not just for the majority population, but for issues of police brutality (“The Charade”), identity (“Survival”), and planetary destruction (“The Great Dying,” “4 Degrees”); issues we’ve never stopped writing about. These songs may stretch from within the Bush years, to the Obama years, and prior, but I’m hoping they’ll all contain truths we can carry forward. All may not be overtly political tracks (“Fantasy Fools,” “Dear God”), but again, I pulled something from them that matters to me going forward. And a fun Prince bonus track.

“At least we’ll get good music.” We’ve been getting good protest music for all of the 2000s, so let’s see what lessons we can pull from our recent past. After all, history repeats itself.