London vinyl-only label Omertà Inc. was “born out of a love of hip hop, mixtape culture and years of collecting vinyl,” as it said when first releases were announced in January. Right out of the gate, Omertà’s stated mission was to revive hip-hop on vinyl, in spite of the fact that so much of the genre’s recent output has been focused on digital.

The label’s intention is to put out two LPs on the last Friday of every month, with the first two already in the hands of fans. Future’s Pluto and G Perico’s Shit Don’t Stop are absolutely gorgeous vinyl packages, with sound quality to match. They’re the perfect bridge between hip-hop’s historical ties to vinyl, and the current record collector culture. Pluto is as wonderful a fifth anniversary as one could want for Future’s debut: a double LP on blue, purple and white tie-dye vinyl, housed in a silver reflective cover. It’ll make you fall in love with “Tony Montana” and “Same Damn Time” all over again.

Shit Don’t Stop is the flip side to what Omertà intends to do each month — in addition to bringing a classic album to wax for the first time, they’re also taking mixtapes and turning digital to physical product. G Perico’s debut mixtape dropped just last October, and it was hailed as one hell of a statement right out of the gate. It hit hard in 2016, and as the split blue and white vinyl spins, it still kills.

The announcement of the label’s mission had us rather excited, so it was a delight to speak with Omertà founders James Batsford and Sam Gilbert via Skype about their plans for the label’s future, as well as how it came to be. 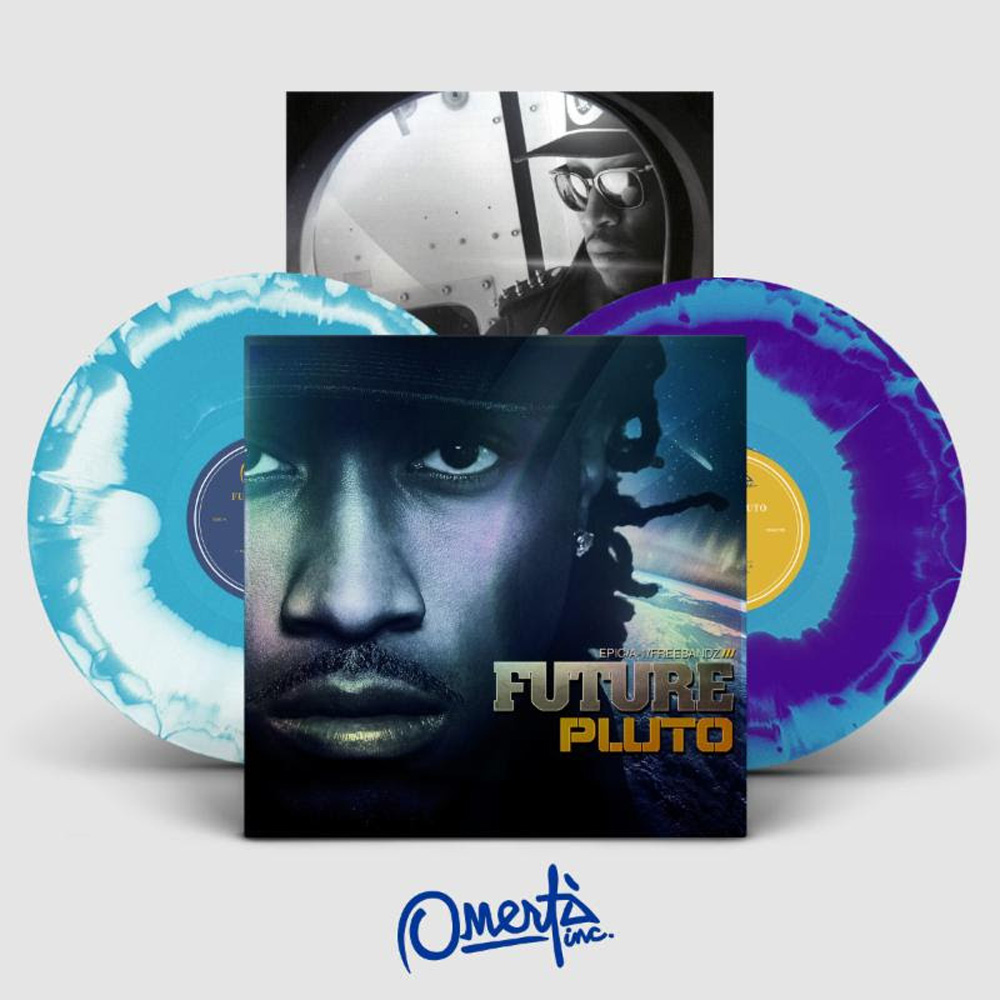 Modern Vinyl: I was really excited to see that there was a new vinyl label that was specializing in hip-hop, because it seems like it’s a niche which has desperately needed to be filled for a while.

James Batsford: That’s what we kind of thought as vinyl buyers, ourselves. We’re basically doing this ourselves, because we want to buy it.

Sam Gilbert: We’re coming at it at like the angle of the consumer. We figured that there’s a lot that comes out on vinyl, but there’s so much that’s just like, sitting at a major label or mixtapes.

JB: Historically, mixtapes have never come out on vinyl.

SG: It just felt like an obvious gap in the market.

MV: It’s always very interesting that, while mixtapes occasionally do make it to vinyl, it’s usually what are referred to here in the States as “European imports,” which is a roundabout way of saying “bootleg.”

SG: Yeah, that Frank Ocean Channel Orange is kind of like, the really famous bootleg. Rough Trade did thousands of those, didn’t they?

JB: 25,000 of that. Yeah, it’s crazy that it gets missed by the majors a lot of the time, and the independent stuff, as well.

SG: It is expensive and time-consuming to make vinyl.

JB: But, I think that it’s a format that people really want to hear stuff on.

SG: It’s where hip-hop came from. I was actually at Rough Trade Brooklyn like, two years ago, and they had that Drake — he called it a mixtape, but it was basically an album — If You’re Reading This, It’s Too Late, and I was telling the guy, “I’m pretty sure this didn’t come out on vinyl,” and he’s like, “I have no idea what you’re talking about.” I’m like, “This is a bootleg, isn’t it?” and he’s like, “No.” 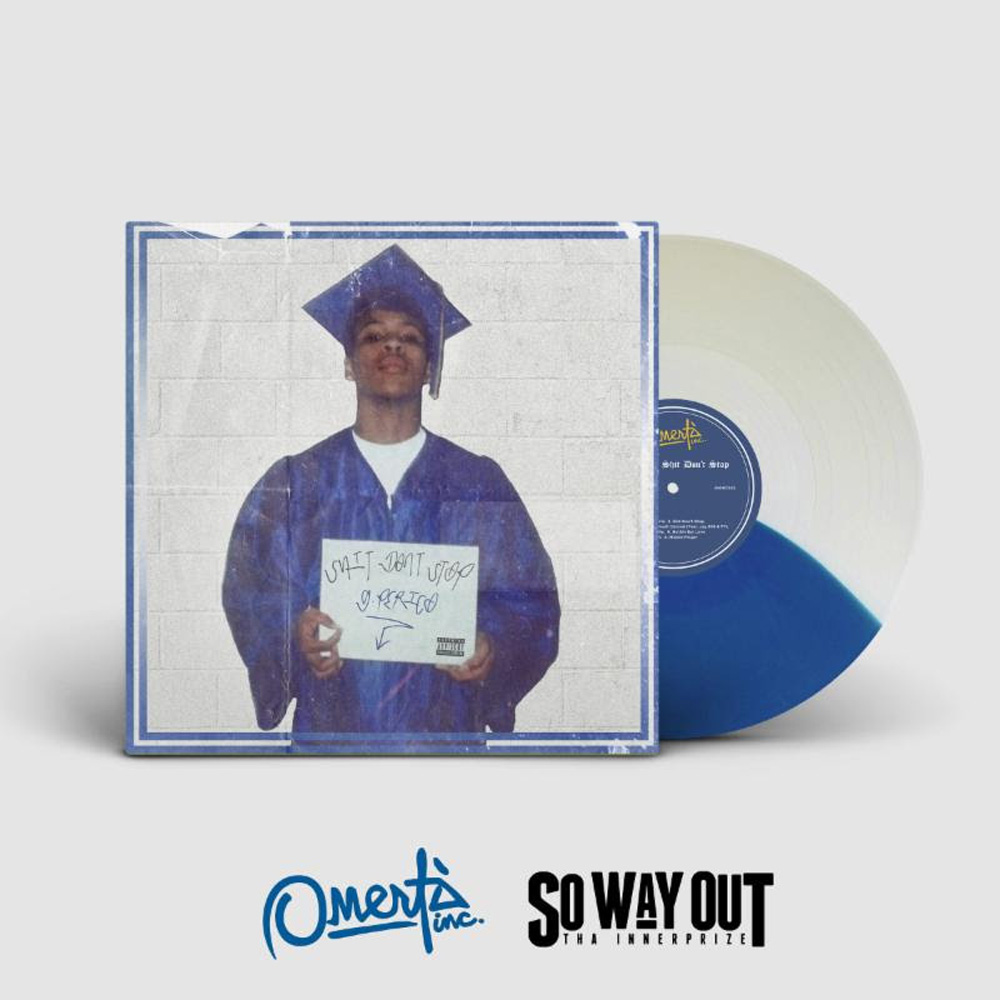 MV: What is the background of the two of you? Obviously, you’re hip-hop fans, but how did you come to start a label?

JB: We both work in the industry. Separately — separate jobs — at major labels, but we’ve always been long-term hip-hop fans. We’ve always wanted to do something together, as well, in music. It just kind of came together at the right time, I guess.

SG: It’s cool, because we’re kind of like best mates, and we’ve always just talked about hip-hop in our spare time, so it was like, “Why don’t we just make this into a thing?”

JB: And it just kind of feels like hip-hop has had…it’s always been big, but it’s had this massive resurgence in the last year, with the independent stuff.

SG: And also, with vinyl also having a resurgence, it just kind of went hand-in-hand. Like, “there’s our thing.”

MV: It seems like a very interesting time for hip-hop and vinyl to be coming together, because digital streaming has allowed mixtapes to propagate like never before, but it seems like people also want a physical product more than ever.

SG: Yeah, but also, I think that not every hip-hop person who is going to go and download a mixtape is going to be interested in the vinyl. That’s why we’re keeping the numbers fairly low. I think that the average Future fan might not care about the vinyl release, but then people like us will be interested. It’s still a niche thing, so the quantities are kind of reflecting that, but there is that crossover ground.

MV: Your first two releases are like an anniversary release, with the Future record, and a mixtape, in the G Perico LP. What was the decision behind those two records?

SG: We literally came to them both from a fan perspective.

JB: G Perico is someone who we approached last year, just as fans of the tape, and he seemed kind of into the idea, and so we went from there.

SG: Fact Magazine did a write-up on him, and we checked it out, and we were like, “This is amazing.” Pairing it with Future kind of plays into what we want to do, which is two releases each month, where we have a newer artist and then like, I guess, a more classic kind of record.

MV: Has there always been a relationship between the two of you and hip-hop on vinyl? Do you have particular memories that stand out?

JB: I personally remember that I was buying hip-hop when I was like, 12 years old. I remember going into London and buying the one-off 12-inches, which is something which has disappeared as well. Like, the white-label 12-inch — that’s where you’d hear about it, and where you’d go and get it was the local record shop.

JB: By the time you get to press it on vinyl, it’s three months later. The way we’re doing it is that we’re going back on classic records — doing big 12-inches of classic singles, and going back and doing them on wax that might not have come out before. Treating it more like a classic 12-inch than a hot new track. Really high-quality records and packaging.

SG: Remastering and that sort of stuff. We’re going back to that mid-’90s stuff, because there’s so much of that catalog stuff sitting there, just kind of begging to be released. We’re going to do color vinyl, picture discs, that kind of stuff. 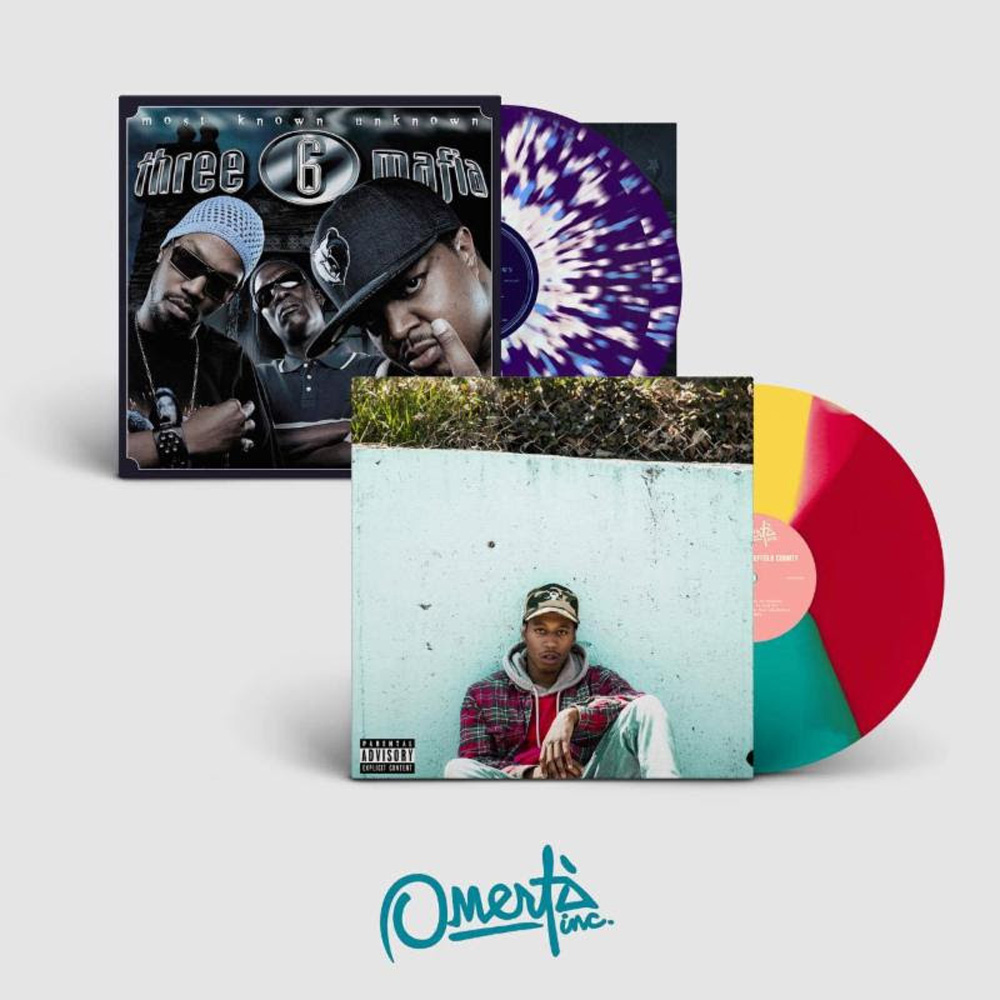 The next pair of albums from Omertà Inc. drop on March 17, with Boston rapper Cousin Stizz’s mixtape, Suffolk County, and Three 6 Mafia’s 2005 album, Most Known Unknown. Suffolk County comes on on red, green and yellow tri-color vinyl, and Most Known Unknown is a double LP on 180-gram purple splatter or black. All are limited to 500 hand-numbered copies each. They can both be pre-ordered from the Omertà store.