Coheed & Cambria’s full length album, Good Apollo, I’m Burning Star IV Volume 1, is getting reissued in a 2xLP set. A 2,500 copy run on 150-gram splatter will be released for Record Store Day 2017. A webstore version will go on sale on Thursday, at noon EST and there will also be a tour version.

Released in 2005, the breakthrough third studio album by progressive rockers Coheed and Cambria continued the band’s ambitious four-album “Armory Wars” sci-fi storyline and featured the mainstream rock hit “Welcome Home.” Now, Good Apollo, I’m Burning Star IV, Volume One: From Fear Through the Eyes of Madness is remastered from the original sources and pressed on vinyl for the first time as a 2LP set on exclusive splatter vinyl.

Record Store Day will be held on April 22. And again, first pre-orders up on Thursday. 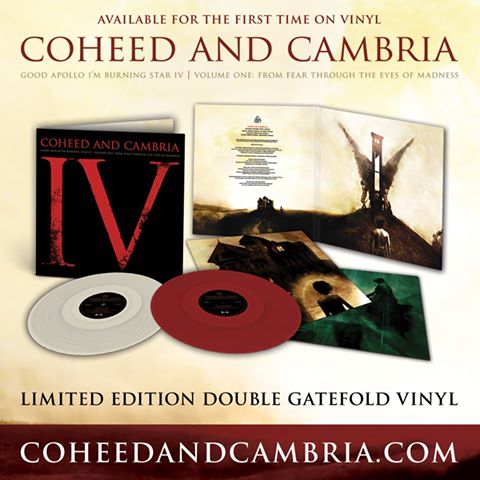