The Hunt for Perfect Sound: The Curious Case of Analog Spark 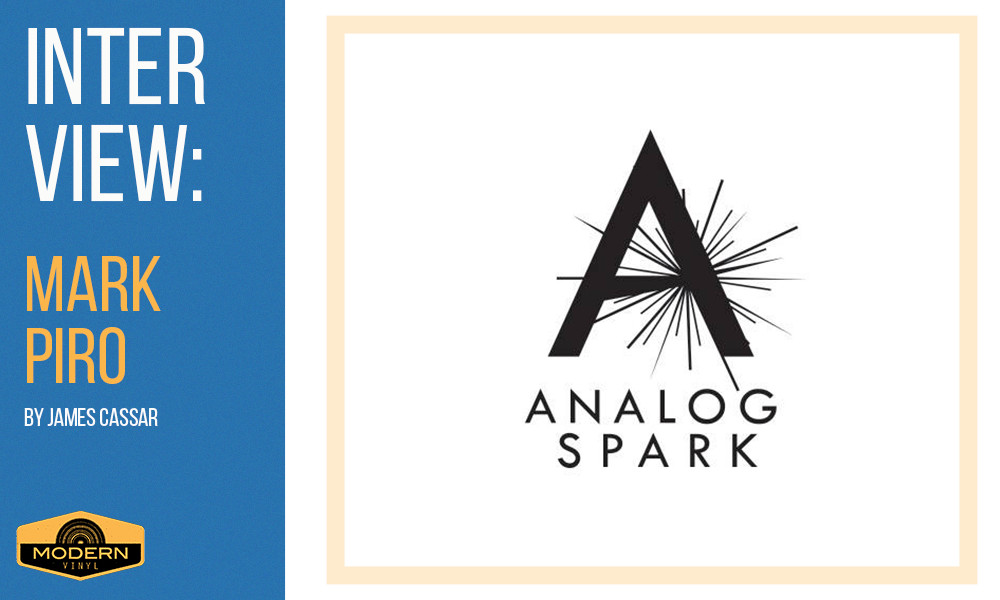 Mark Piro, in his New York apartment, paused mid-sentence to count the copies of Pet Sounds collected on his shelves. The classic Beach Boys LP is not only his favorite album, but the gold standard in sound quality, a fact he found through years of spinning different configurations. It only made sense for this epiphany to be found through a high-caliber version of the release: a Dunhill Compact Classics Gold CD. He’s spent years scouring audiophile message boards — a list which includes our own — in search of the most advanced, true-to-form sound of his favorite selections. And after all this time — Piro is only 30 — “you appreciate the hunt,” he says. (A self-professed Beatles junkie, Mark also collects multiples of Paul and Linda McCartney’s 1971 LP Ram).

After working for six years under Razor & Tie — the major independent label — Piro brought his passion to the owners’ attention. Analog Spark, built from Mark’s love for his peers Analogue Productions, ORG, and Mobile Fidelity, was launched as the audiophile arm of the company in 2015. “This kind of tied into what the [parent] label started as,” Piro explains. Analog Spark’s burgeoning discography has expanded from anniversary reissues of soundtracks and jazz standards to include “overlooked titles” from Blind Melon and Ben Folds, the latter of which finds two releases hitting mailboxes and indie store racks this week. “The problem for me is that I enjoy too many styles.” This confession doesn’t downgrade the imprint’s commitment to packaging and audiophile experiences. Even the label’s second product line — SACDs — features similar attention to detail, fidelity, and value. (SACD began as a cost-prohibitive Sony technology in the 1990s, but has since evolved into being a format — featuring a high-quality CD layer with pristine 96kHz audio — readable by most Blu-Ray players. Analog Spark’s SACD offerings are “hybrid,” meaning they also contain a standard CD player read by all disc drives.)

Piro hasn’t forgotten one particular detail omitted from his label’s reissues of Ben Folds Five’s 1999 LP The Unauthorized Autobiography of Reinhold Messner and the frontman’s 2006 solo outing Songs for Silverman: the release date for both — officially this Friday, March 24th — just missed their milestone years. (In contrast, one of Analog Spark’s first vinyl translations was a 50th anniversary reissue of The Sound of Music.) Nevertheless, a team soon assembled to glean “as much knowledge of the records as possible,” resulting in lovingly-dreamed pressings that are well worth the wait, as both albums have not seen a wax version since their initial runs.

Reinhold Messner and Silverman may feature the same base piano lines, but their compositions are only similar in title. (Reinhold Messner was a name Ben Folds Five member Darren Jessee had on his fake ID in college before realizing a world-famous climber shared that name, a gaffe clarified in the record’s gatefold. Silverman is named in tribute to Folds’ A&R rep, Ben Goldman.)

Reinhold Messner shows a trio at the height of their creative breakthrough, following their commercial one, an album filled with pomp, circumstance and circus-tent ambition and goofiness. Over the span of one LP, gentle wonders like “Magic” get tossed in with the foul-mouthed romp (and highest-charting) single “Army,” plus the gloomy “Your Most Valuable Possession,” featuring a voicemail performed in the band’s syrupy North Carolina drawl. Silverman is another transitory experience — Folds’ preceding Rockin’ the Suburbs was issued the day of the Sept. 11 attacks and only the title track charted as a Billboard Modern Rock single. The action here is still sardonic: opener “Bastard” comes from the same mind that branded his former trio a quintet, while “Sentimental Guy” intertwines Folds’ well-mannered realism with moping self-sabotage. Overall, the experience is more of a muted one, but Folds is more involved here than on his debut solo round. (Just compare the artwork. They’re both cast in black-and-white, but at least Silverman has Ben snapping the shot.)

Given their disparate starting points, Piro made sure to give each Ben Folds LP a different packaging “extra,” while keeping the important ones standard. Reinhold Messner sports a gatefold sleeve (that’s where the tidbit about the real Reinhold is printed) and Silverman gets a two-page booklet with credits and lyrics. (Each record also has an “indie exclusive” color released this past Tuesday, Messner on opaque red and Silverman on clear.)

Now the givens: all Analog Spark reissues (including SACDs) feature Stoughton Old Style Tip-On jackets, and all vinyl versions are pressed on 180-gram wax. As a quality control measure, Analog Spark has a long-standing relationship with Kevin Gray at Cohearant Audio — responsible for Audio Fidelity’s reissue of the Tron soundtrack — to properly master and cut the audio for the format (yes, even for SACD!), with plating and pressing done at RTI. For both albums and all their hidden alcoves — there are horns on Silverman that pop up more cleanly than on the digital version — sound quality is a gate that needs to be passed and checked in order to deliver Piro’s own spin on the “best sound.”

Considering this is release week for both Folds titles, and that Analog Spark’s recent pressing of Blind Melon’s sophomore album Soup has swiftly been placed on back order, the label has already seen some success and is always, according to Piro, looking to a varied, vibrant, and constantly evolving future. “I wanted a wide variety of releases — classic albums or titles that were recorded really well and have historical significance. I never meant for us to be a rock label or a jazz label or a soundtrack label. I’m constantly searching for new titles for us to do and go from there.”

So the ingenuity of another audiophile label to watch continues. But don’t expect Piro’s take on Pet Sounds. That was already done to his satisfaction, and that anniversary has long passed.

Analog Spark’s releases, including both The Unauthorized Autobiography of Reinhold Messner and Songs for Silverman, can be purchased here.