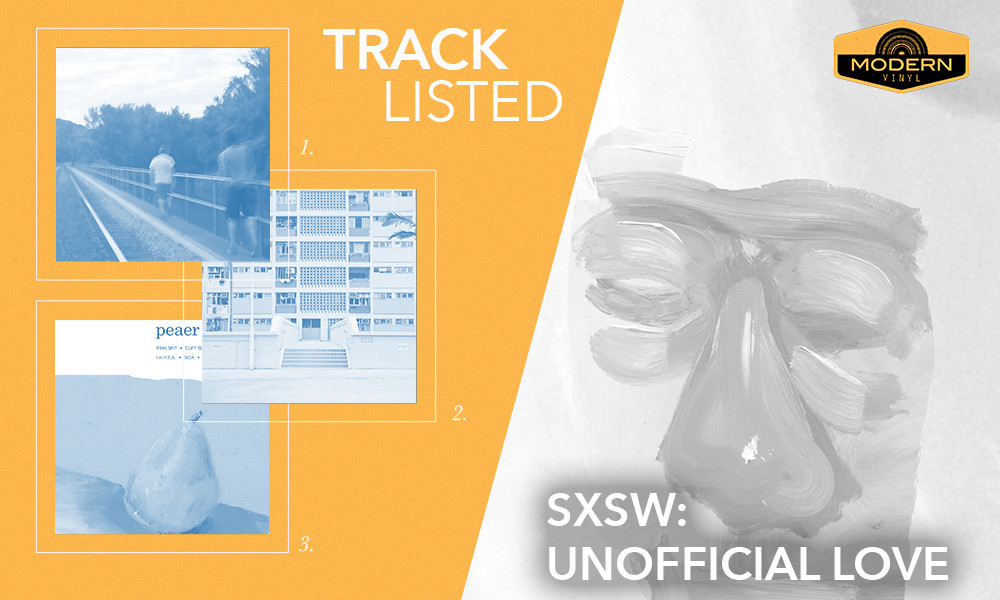 South By Southwest was a whirlwind: five straight days of music, friends and more music. While overwhelming at times, constantly consuming that much art was a reminder of why I do everything that I do. I was in Austin primarily for the purpose of hosting an unofficial showcase for The Alternative, but I was also able to be at the Topshelf Records/Funeral Sounds unofficial gigs. Put together, these two showcases spanned across four days and all bands featured in this playlist played one, the other, or both.

Here are some bands that made up my personal favorite sets for the week.

A band that everyone but me already seemed to know and love. I’m thankful for Strange Ranger and Peaer talking up this band and convincing me to catch their set. Watching them is a reminder of how versatile the subdued emo band can be.

Retirement Party — Meet Me in Montauk

I’ve been waiting to see this band live since I first heard their EP Strictly Speaking, and they did not disappoint. The energy they put into their recordings transfers to their live performance seamlessly, and labeling them as entertaining would be an understatement. Garnering my attention and affection right off the bat, they should definitely be considered a top flight up-and-coming band to watch.

After surprise dropping an easy album-of-the-year contender in January, Oso Oso had a lot to live up to in Austin, and they did just that, ever so eloquently. This band brings the much needed pop fun back into DIY punk.

What makes live music fun is the little intricacies that change when performed in real time. Peter Katz has mastered this art. While keeping all the little fun things I love and adore about the recorded material, there were unique little moments that held everyone’s attention, and made each song feel special.

This band was simply beautiful and show-stopping — without even having to try or do anything extravagant. Being simple is something that isn’t always celebrated in music anymore, but by feeling more like an elegant minimalistic project than a bare bones one, Lomelda has mastered the art of beautiful simplicity.

I’ve watched this band grow up and flourish, and it’s been a wild year seeing them gain the fan base and recognition they deserve. The return of love they have for their fans and supporters is so clearly seen in each and every set they play. There are few things better than seeing too many kids to count screaming along to songs that were once just rough recordings, being sent over to get my input.

IAN SWEET is one of the most criminally underrated bands right now. Vocalist Jilian Medford has a voice that will stop you dead in your tracks, keeping you hooked for an entire set, and then some. This band is fully expected to blow up and finally get the recognition they more than definitely deserve.

They’re quirky, they’re talented technically, they’re fun; what more could you ask for? In a sea of fuzzy bedroom indie rock bands, Furnsss somehow emerges unique, refreshing, and never boring. They’re also one of the most stylish bands out there right now.

Even my mom likes this band. If that doesn’t tell you how great they are, I don’t know what will. Constant key changes, multiple vocal styles and a plethora of unidentifiable sounds make every set a little different and keeps things interesting. They also do a killer Modern English cover that I’m hoping gets recorded some day soon.

Long live the ’80s revival movement. Tasteful synth-pop is all the rage, and Suburban Living is surely that. Add this band to your list of “Current Bands That Could Have Been on the Sixteen Candles Soundtrack” list.

Prince Daddy & The Hyena — I Forgot to Take My Meds Today

Prince Daddy & The Hyena had the best sets of my South By Southwest, hands down. This band knows how to rip, and puts on one hell of a show. It doesn’t matter if it’s four in the afternoon, or three in the morning; they’ll bring you everything they have and then some.

I wasn’t sure how well this music would transfer live and with a full band. Solo artist Nick Rattigan’s sound is nothing if not reliant on a lo-fi bedroom pop aesthetic. To my delight though, this band was just as good, if not better, live. A unique and live-performance-specific energy flows through the songs in a way that isn’t captured recorded. It’s not better or worse, just different and great in a whole new way.

This band is my hometown hero outfit. I’ve seen them too many times to count back home in Portland, and yet I was still floored every time I saw them at SXSW. They finally played “Past Tense” live, which is without a doubt my favorite track off of Rot Forever, so that’s a bonus too.

This band is everything we’ve all needed. Angelic femme vocals, soft and sweet instrumentals, keys (there are never enough keys these days) and some of the greatest songwriting happening right now. They’re another band I saw repeatedly throughout the week and never got tired of.