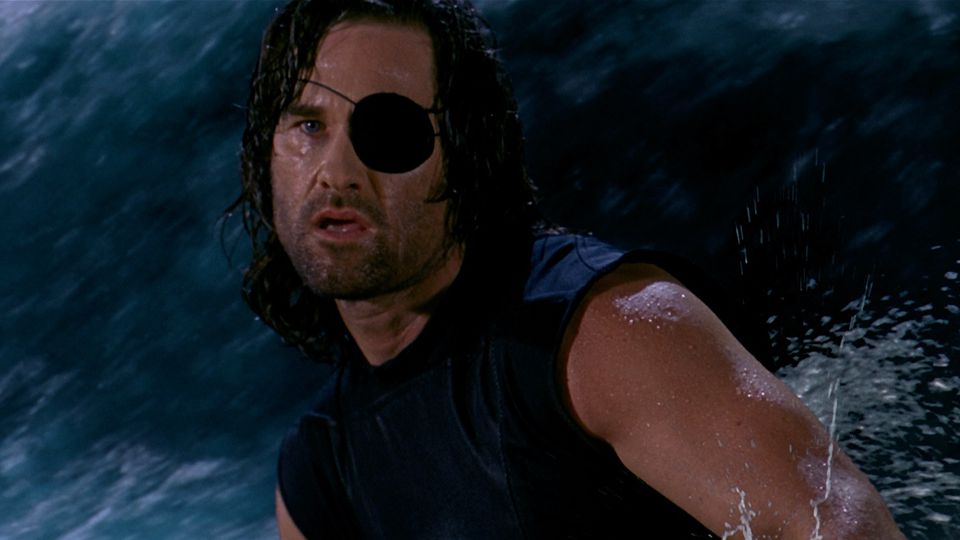 Update 4/21/17: Real Gone has launched official pre-orders. They’ve got the clear with green splatter (limited to 1,500), along with a pretty cool “black eyepatch” variant (limited to 200).

John Carpenter and Shirley Walker’s Escape From L.A. score is coming to vinyl for the first time, courtesy of Real Gone Music. According to an Amazon listing, the pressing is a 2xLP set, on “test tube clear with plutoxin virus green splatter vinyl.” It also includes gatefold artwork.

The pressing is reportedly being released on June 2. Real Gone has not launched webstore pre-orders yet.

The original soundtrack release included a mere 16 tracks and came out on CD exclusively; now, Real Gone Music not only has added another 16 tracks to the release.