Please Press: Matchbox Twenty — More Than You Think You Are 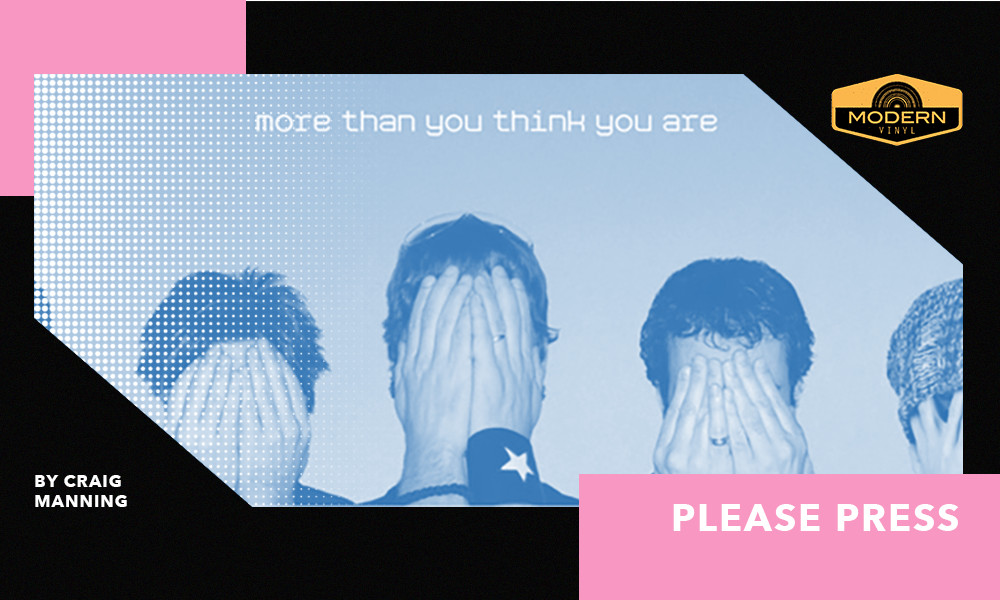 “Please Press” is a feature that runs regularly, detailing the albums that Modern Vinyl would love to have on the vinyl format. If you have a vinyl release that you just can’t live without anymore, either leave a comment below, or email news@modern-vinyl.com.

It’s kind of hard to remember now, but Matchbox Twenty were once one of the biggest bands in the world. The Florida-hailing outfit have only released one album in the past decade — two if you count the EP’s worth of new songs that appeared on their 2007 greatest hits collection, Exile on Mainstream. Frontman Rob Thomas has mostly spent the new millennium releasing solo records, which have ranged from decent (2009’s Cradlesong) to so-bad-that-I-don’t-want-to-talk-about-them (2015’s The Great Unknown). But these guys have sold more than 30 million records worldwide, and their ubiquitous debut, 1996’s Yourself or Something Like You, shifted 12 million units by itself. They also had a lot of radio hits, including a Hot 100 chart-topper in the form of “Bent.” Even 2012’s North, the band’s first full-length in a decade and their first release of any kind in half a decade, went gold and debuted at the top of the charts.

Despite their popularity, the band has never been too into the whole vinyl thing. The only proper Matchbox Twenty album that has ever been pressed on wax is Yourself or Someone Like You, and it might as well not have been. Yourself was a limited LP release and is virtually impossible to find— at least if you aren’t in the market to drop between $500 and $750. Exile on Mainstream also got pressed, but even that usually goes for over $100. The band’s other three albums — as well as all three Rob Thomas records — remain no-shows on the format.

Look, I would happily accept a repress of Yourself or Someone Like You to fill the MB20-sized hole in my vinyl collection. That album is also inevitably the Matchbox Twenty record that will get pressed first if the band/the band’s label ever decides to cash in on nostalgia. (I’m honestly surprised this didn’t happen for the 20th anniversary last year, when similarly big 1996 releases like The Wallflowers’ Bringing Down the Horse and Dave Matthews Band’s Crash did get 20-year reissues.) However, unlike the vast majority of people who like Matchbox Twenty at all, either sincerely or ironically, I still maintain that More Than You Think You Are is their finest hour.

More Than You Think You Are came out in 2002, the day after my 12th birthday. It was also around this time that my older brother taught me how to download songs and burn CDs. I’d loved Matchbox Twenty as a kid and still enjoyed hearing their songs on the radio, so their first three albums had the distinction of being some of the first bootlegged in my collection. To this day, I have not purchased legitimate copies of any of these albums, in any format. Come on Rob Thomas! Repress your albums on vinyl so I can give you my money and be absolved of my guilt of stealing from you as a child.

Anyway, Matchbox Twenty ended up being the band I probably listened to the most as a 12 and 13-year-old, and More Than You Think You Are ended up being the record of theirs that I gravitated to most strongly. It could have been that those songs were on the radio at the time and just felt fresher than the Yourself or Someone Like You songs, which still reminded me strongly of first grade. Matchbox Twenty had plenty of residual mainstream cachet in 2002 and 2003, with songs like “Bright Lights” and “Disease” charting, and “Unwell” even becoming a top three hit on Top 40 radio.

Mostly, though, I think I liked this record most because it saw the band loosening up a bit and shedding anything that remained of their post-grunge roots. Make no mistake, More Than You Think You Are is still an extremely glossy pop-rock record. Sweeping ballads like “Hand Me Down” and “The Difference” were clean, beautiful songs that probably didn’t do anything to change the perception that some people had of this band as “wussy” or “pretty boy rock.” Indeed, in most circles, Matchbox Twenty seem to be remembered primarily as a pop band with guitars. But the funny thing about this record is that it legitimately rocks. Rob Thomas was always the band’s face, but guitarist Kyle Cook was the secret weapon; here, he’s allowed to play massive, skyscraping guitar riffs over nearly every song. Cook helps the band win back some edge on the record’s deep cuts: huge rock songs like “Feel,” or the gospel-choir-assisted “Downfall.” The extra rock flare even creeps into the singles, giving “Disease” a Rolling Stones spirit worthy of its Mick Jagger co-write, and effectively strapping the piano-led “Bright Lights” to a rocket after the climactic bridge section.

Listening back to this record now, I’m honestly surprised at how well the songs hold up. I still want to shout along with “Soul” whenever it hits the chorus. The Oasis-esque “All I Need” is still one of those running playlist staples that makes me want to go faster than I should. Even the country-rock-flavored “Unwell,” which was mercilessly overplayed back in the day, has regained most of its charm. Suffice to say that I would be more than happy to drop $40 on a 2xLP reissue of this gem, which remains, in my humble opinion, the best radio rock album of the 2000s.

Please Press ‘More Than You Think You Are.’