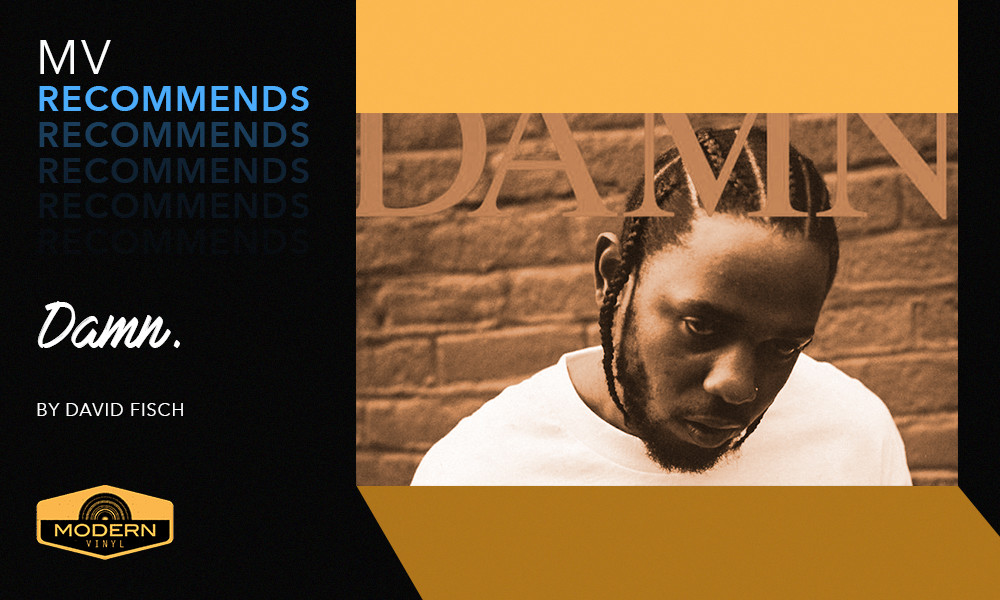 Are you really that surprised? Only slightly.

Going into DAMN., Kendrick Lamar was already in the ether of artists revolutionizing their respective genres and beyond, with production and lyrics weaving in and elevating current culture with the surroundings, sounds of Compton. What’s resulted is a hyper-meta assessment across three studio records and a plethora of guest features — each one different and varied from the next. When it comes time for him to release a new record, at this point, we should be surprised: he winks at us with teasers that make any gap in time when he’s not around feel like an eternity, and his use of multifaceted personalities enliven the idea of good, ole-fashioned storytelling mystique and wonderment.

Having managed to top Section.80 with good kid, m.A.A.d. city, and then topping that record with To Pimp A Butterfly, the question of whether he could top that album might have been a reasonable one in the two weeks leading up to DAMN.‘s release after single “HUMBLE.” dropped. To be honest, though, we would have been foolish to be that concerned, as “HUMBLE.” would ultimately set the tone for what was to come.

It’s singular and immediate — it sounds like nothing and everything like the releases that preceded it. The jazz may be out, but the pomp and soul of To Pimp A Butterfly remains, and he brings back the cinematic scope and tight-knit construction of good kid, m.A.A.d. city. Meanwhile, the blend of tempos and beats, along with trap/R&B production sets it apart sonically. Even those records saw a young rapper on a journey to becoming the greatest in the game, but the journey we traverse on DAMN. is its own vision, as stated on “DUCKWORTH.”: “It was always Me vs. The World/Until I found it’s Me vs. Me.” His penchant for conceptualization — both lyrically and aesthetically — is what puts DAMN. right in line with the rest of his discography, and its stronger than ever here.

The one truly identifiable quality — his voice — continues to be the engine and tenor to his lyricism, which is as jaw-droppingly real and vulnerable as its ever been. He inventively ties singular elements of his own life with the elements that make-up life itself, placing them all into a larger, overarching story of youthful passion in an illustrious, albeit depressing past. Just one example is on firestarter “DNA.,” where he kicks off the record with the very biological element we are built from and works from there, utilizing different sets of rhythm and language to reinforce the concept of societal surroundings and “where” you come from. The theory of “The medium is the message” also comes into play, as he uses Fox News soundbites to internalize the scope.

With its title in all caps and a period at the end, DAMN. is a record that states everything boldly, and I mean everything: its cover, with Kendrick front and center, and monochrome filling more than its color; its album titles, which are purposely contextualized and labeled and ordered; and its music, which churns and grinds and penetrates with a new energy that’s tailor-made to reinvigorate listeners in the wake of serious socio-political changes that have had them feeling down-and-out. The triple-triple of “PRIDE.” to “FEAR.,” alone, contains a rollercoaster of invigorating writing and even more astounding craftsmanship, hell-bent on making sure you’re in the backseat with Kendrick as he freestyles.

A full-bodied, quoteable, bookended masterstroke, DAMN. just further cements Kendrick’s reign as a master storyteller. It’s impact is now, and his voice has enabled him the heightened power to speak to us millennials who continue to seek a humanistic element in a continually evolving cyber-kinetic and distracted world.

DAMN. is just his next sermon. It should have been no surprise, but here we are, sitting down and being humbled.