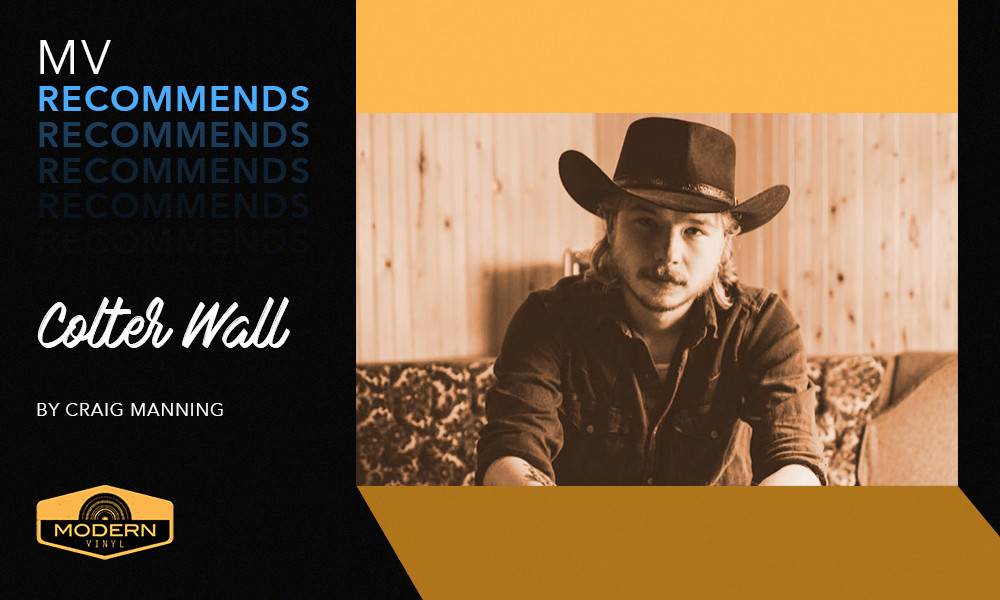 On first listen, Colter Wall — a singer/songwriter who hails from Saskatchewan and who just released his debut self-titled album last Friday — sounds like a 50-year-old man. His voice is craggy, big, and weather-worn, a booming low baritone with a massive amount of color and character. A lot of country artists these days pay lip service to Johnny Cash in their lyrics — it’s the go-to namedrop for Nashville cred, right ahead of Hank Williams, Waylon Jennings, and, inexplicably, Tom Petty — but no one in the industry right now sounds as much like the Man in Black as Colter Wall.

In reality, Wall is 21. He was born in January 1996. I have stuffed animals that are older than this guy. But his voice and his music seem to come from someone who has seen a hell of a lot more of the world than your average 21-year-old, and it isn’t even just that his voice sounds so mature and distinct already. On the contrary, it’s also that the songs he writes feel instantly timeless, like folk tunes passed down from generation to generation for the past 200 years.

To be fair, some of the songs that Wall chose to cut for his full-length debut actually are a lot older than he is. There’s a cover of Townes Van Zandt’s “Snake Mountain Blues” (a song from 1969) and a run-through of the traditional folk song “Fraulein” (featuring a lovely cameo from Kentucky-based singer/songwriter Tyler Childers). But Wall is so convincing at writing and performing songs in the style of the old folk tradition that you’d never know “Snake Mountain Blues” and “Fraulein” weren’t his own compositions if you went in blind. On this record, the covers weave effortlessly into the dusty canvas of Americana that his characters populate.

Most of those characters wouldn’t be out of place in a classic Western. Opener “Thirteen Silver Dollars” centers on a down-on-his-luck outlaw who gets arrested by a member of Royal Canadian Mounted Police and proceeds to mouth off like the smart-ass he is. “Bald Butte” is about a train robber who gets beaten, robbed, and left for dead by a group of bandits, only to track them down later and exact his revenge. And the album’s most stunning moment, the menacing “Kate McCannon,” is a classic murder ballad, about a hard-working man who falls in love with his co-worker’s daughter, courts her, and marries her. When he discovers her infidelity, the song lets the tension bubble over, using an evocative instrumental crescendo to symbolize the protagonist’s blind, uncontrollable rage. “And I put three rounds into Kate McCannon,” Wall sings, in an almost matter-of-fact manner. It’s a bitter, bloody, and thrilling payoff to a song that gets more out of its deliberate restraint than most songs get out of much bigger emotional fireworks.

Working with producer Dave Cobb (Jason Isbell, Chris Stapleton, Sturgill Simpson), Colter Wall manages to turn his debut LP into something worthy of its classic country and folk influences. Cobb and Wall leave the arrangements sparse — acoustic guitar, the odd piano or steel guitar, and little else — to make sure the focus lands squarely on Wall’s voice. That voice would be enough to carry the day, but the songs are gripping and memorable in their own right, loudly announcing Colter Wall as one of the brightest young talents in modern roots music. If this is what his first record sounds like, there’s no telling where he could go in the future.

Grab the record on vinyl, here.

Craig Manning
Craig cares entirely too much about music, specifically that of Bruce Springsteen. He was a Senior Editor at AbsolutePunk.net (RIP) and is now a regular contributor at Chorus.fm. He loves folk, country, and rock 'n' roll.
COPYRIGHT 2018 MODERN-VINYL.COM. ALL RIGHTS RESERVED.
Back to top