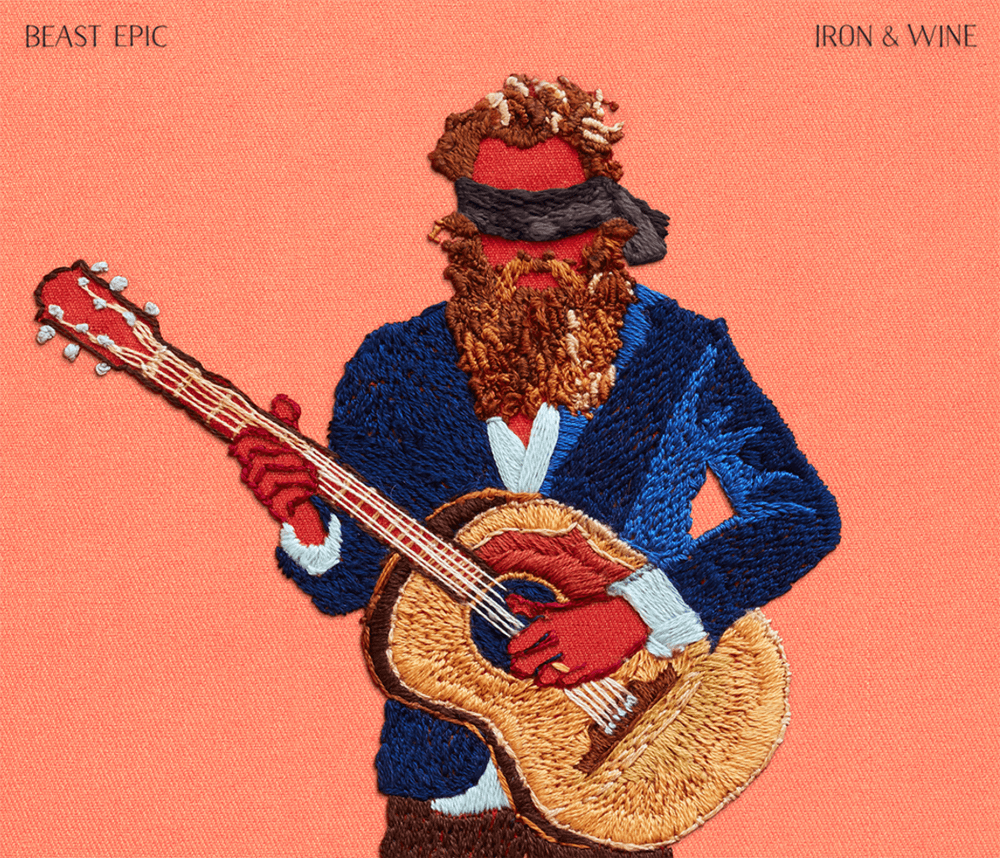 Beast Epic, the new album from Iron & Wine and their first new material in over four years, is now up for pre-order at Sub Pop. The deluxe 2xLP version is on red/blue vinyl, sports two bonus tracks and three demos, and has packaging that features alternate art and a D-side etching. Bonus tracks are listed below:

The standard version is black vinyl and you can also grab a cassette.

To be honest, I’ve named this record BEAST EPIC mostly because it sounds really fucking cool!  However, with that said and perhaps to be completely honest, “a story where animals talk and act like people” sounds like the perfect description for the life of any of us.  If not that, then it’s at least perfect for any group of songs I’ve ever tried to make.  I hope you enjoy it.”

The album is being released on August 25th.