Exclusive Spin: Hemingway — You Will Never Be Happy 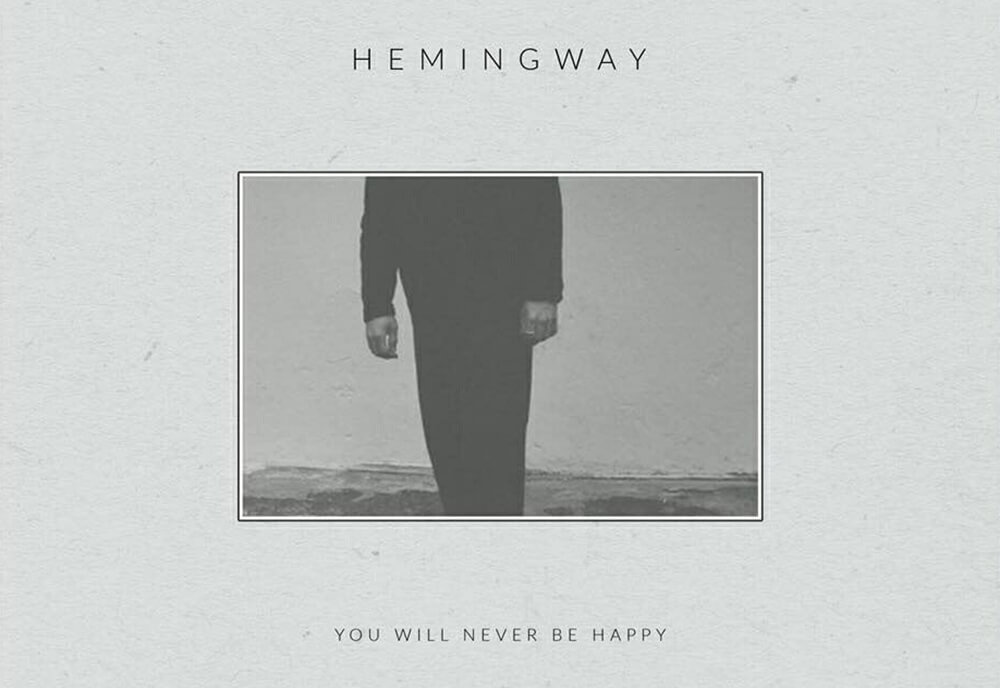 Portland’s Benjamin Ward and Dustin Hayes released their first record as Hemingway, titled Pretend to Care, in 2014, smack dab in the middle of crunched guitar worship and the more granular strains of ’90s alternative rock. Their follow-up LP, You Will Never Be Happy, strips bare the washed-out glare of their first record and replaces it with a cool, weathered veneer.

The record’s duality between droning, elongated arrangements, as on opener “Meanwhile,” and uptempo West Coast punk snarl (the one-two punch of “Delusional” and “It’s Love” shares similar stories and chord switchbacks) is tethered to a desire for interpersonal, or inner personal clarity. This search is one which Hemingway ventures towards in more elaborate statements than their namesake would potentially allow, while keeping loyalty to trademark simplicity and whispered sentimentality.

You Will Never Be Happy will be released tomorrow, June 23rd digitally and on vinyl via Day Crush and Making New Enemies, with Open Door Records handling cassettes.

Hemingway is going on tour this summer in support of the record, the dates for which are below: