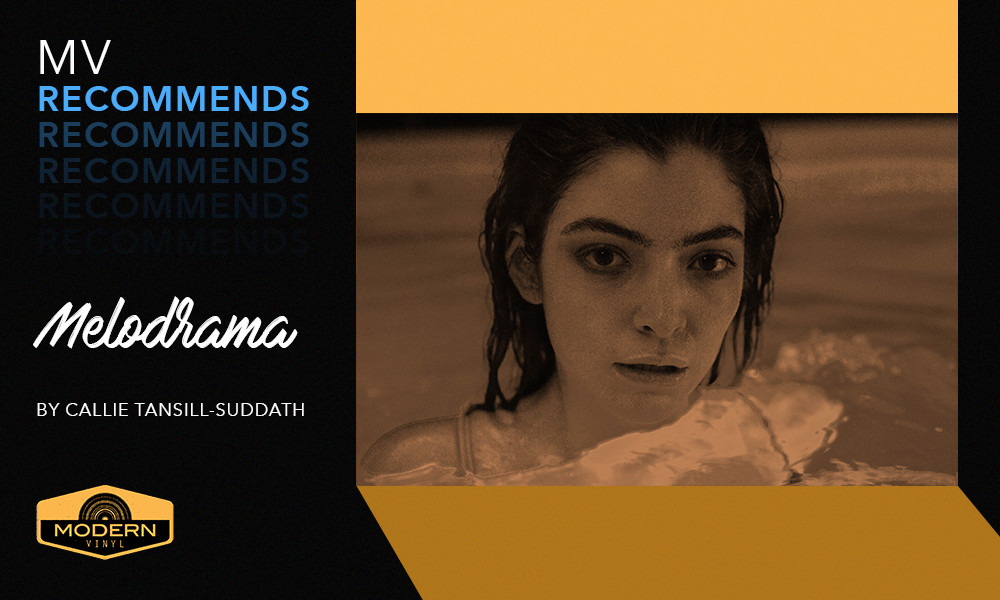 When Lorde released Pure Heroine in 2013, listeners were awestruck by the then-unknown 16-year-old’s vocal talent, unique arrangements, and ability to construct a set of songs woven together by threads of several different pockets of pop. Four years later, Lorde released one of the year’s most anticipated albums, and with Melodrama, likely sealed a spot as one of this generation’s pre-eminent pop artists.

It’s no secret that modern pop is often reduced to heavily-edited, shallow work created by studios with a singular goal of achieving monetary success. There are entire subcultures based in the affinity for the conventionally unpopular, and the musical communities within these groups can be particularly outspoken. So when Lorde released “Green Light,” the first single off Melodrama a few months back, some — particularly those quick to judge songs that make top 40 lists — expected the song to set the tone for a forthcoming “breakup album.” Breakup records are long-held standards in music, with some of today’s largest names in pop crafting entire careers with music detailing their tumultuous love lives. Had Lorde chosen to take this route, nobody would have been too surprised.

While there are some clear nods to heartbreak here (with songs like “Liability,” a melancholy piano ballad being particularly specific), to label the album as singularly one about the end of a romantic relationship would be to reduce much of its depth. In certain interviews she has suggested that Melodrama is not autobiographical at all, rather a concept album about events unfolding at one party. In others she attributes her inspiration for the record to the late David Bowie.

Listeners will never know fully what the album is about, but that’s some of its charm. Melodrama is a sophisticated pop masterpiece, truly embodying what Lorde is capable of as an artist. Every second of every song is astute, and the 12 tracks are organized to create a careful flow. “Homemade Dynamite” and “Sober II” are dance around a basement party with your friends tracks; “Writer in the Dark” is one you listen to as you lie in bed, windows cracked, letting the humid summer air embrace you as the sun sets.

Relatable but complex, the stories told by the songs here capture feelings of excitement, loss, defeat, and hope —with instrumentals to match. Each song is a color, painting a vivid portrait of an artist’s maturation and growth into her own voice.

Melodrama is undoubtedly a contender for album of the year, and Lorde is a forest fire.

Note: Last week, Modern Vinyl presented The Sophomores, a series on sophomore albums from pop superstars. You can see all the entries, here.