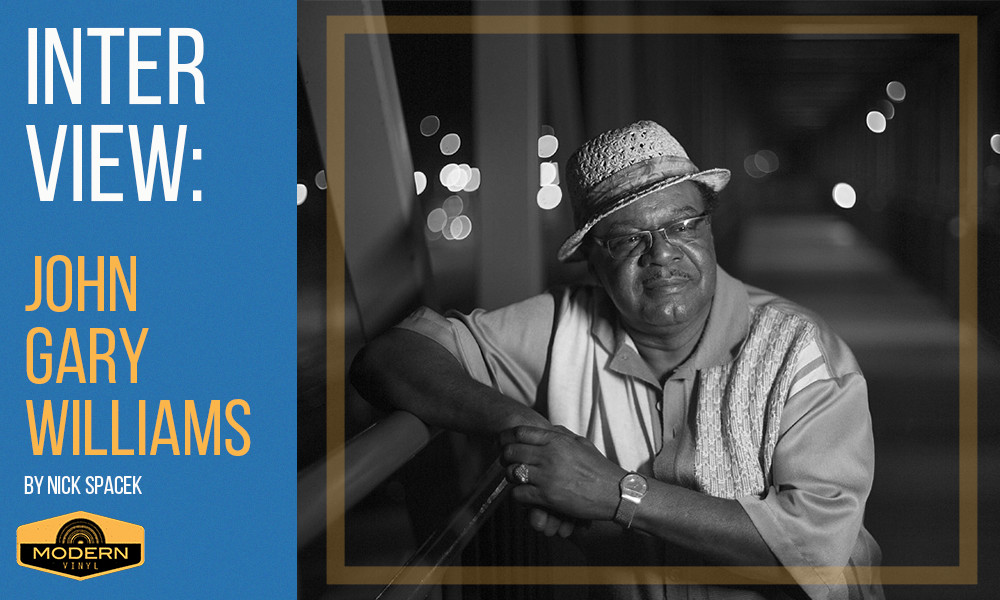 As part of Stax Records recording artists, The Mad Lads, John Gary Williams made some fantastic singles. The group’s most notable track was “Don’t Have to Shop Around,” an answer to Smokey Robinson & the Miracles’ hit “Shop Around,” but they also recorded some underrated tracks like “No Strings Attached,” which never quite got the recognition it deserved. Williams was also the man who paired Stax’s Luther Ingram with the song which would become a smash, “(If Loving You Is Wrong) I Don’t Want to Be Right.”

The story behind Williams’ solitary solo release is a sad one. Released in 1973, just as Stax went bankrupt, the record never saw the backing and promotion it deserved, and faded into cult territory. The reissue of the record, as part of Stax’s 60th anniversary celebration, has shed new light on an unjustly obscure record, and it was a pleasure to speak with Williams by phone about the record and its new vinyl edition.

Modern Vinyl: What were your thoughts when you heard the news that your album was being reissued?

John Gary Williams: It was fantastic news, man. To have the opportunity to have that album heard is a blessing after all these years.

MV: The story of how the album kind of got lost in the shuffle is a sad story, coming as it did right at the end of Stax itself.

JGW: It came right about the time that the company was filing [for] bankruptcy. That album got caught up in the shuffle. 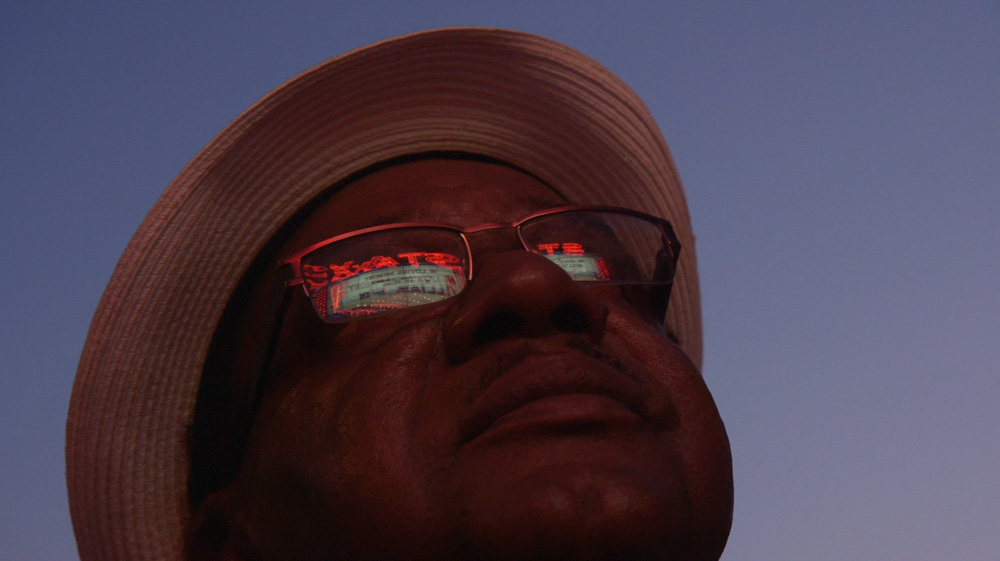 All photos by Lance Murphey.

MV: It seemed like this album was going to be your return to music — sort of your statement, right?

JGW: It was my first — and only — solo album. My first effort after the [Mad Lads] had broken up, so I thought I had a lot to prove to myself and to see whether I’d be accepted by my fans as a solo artist. It was a challenge.

MV: The album got its due eventually, but it just seems that it’s taken so long.

JGW: Yeah, man. That’s the sad part about it, but the good thing about it is — time heals all wounds, I guess, and everything happens in time and on time.

MV: You’re known now, by more than the bin-digging soul heads, and it’s kind of great that you’re now part of the cavalcade of artists that have gotten a second chance at a career in the last decade. What’s it like getting to perform again?

JGW: Exactly. That’s the light at the end of the tunnel.

To answer your question, it always feels good to me when I get an opportunity to sing. Even more so, now. I’ve been playing out, periodically, with a group called the Bo-Keys. Scott Bomar — who is the first cousin of Justin Timberlake — has a group here in Mempis called the Bo-Keys that are really good. They’re mostly an instrumental group, but Scott has been giving opportunities to artists such as myself that was back in the day. He always brings in someone as a featured artist with his band, and I compliment him for that.

Percy Wiggins, Spencer Wiggins, Ben Cauley, myself — he’s given all these guys opportunities again. I’ve worked with these guys on several different occasions and even recorded a couple of songs with them. As a matter of fact, I’ve got a new 45 that’s on vinyl. Scott and I did the b-side, and I wrote the a-side. It’s called “A Natural Kind of Thing.”

I’ve got a lot of things which have happened for me — a lot of very good things. Through Scott Bomar, I met John Hubbell, who is a journalist — and a very good one, at that — and they’re doing a documentary on my life. We worked on it for about six years now, and we’re in the process of editing it now. It’s fantastic.

MV: I found that trailer for the documentary online a few days ago, and the brief bit of footage with Daryl Hall and John Oates — the awe these guys have talking to you, and talking about how much your music meant to them — is pretty wonderful.

JGW: Yeah, man, I was shocked! They say they caught one of the Mad Lads’ show at the Uptown Theater in Philadelphia back in the ’60s. They say they came to the show, and they saw our act, and then they looked at each other and said that’s what they wanted to do.

As a matter of fact — Live From Daryl’s House, they did one of the Mad Lads songs, and they did a wonderful job of it. I was just like — wow. Just to know that they knew us, and to know that we had an influence on their careers, was fantastic.

MV: The music on your solo album is just so lush. Is that from recording with members of The Movement?

JGW: Yeah, The Isaac Hayes Movement. He let me use the band, and that was a great thing for him to do and I had some wonderful musicians, man — Willy Hall on drums, Lester Snell on keyboards, Michael Toles on guitar, Al Jackson Jr. on drums, as well — we just had the best musicians around. In fact, that was all that [Stax co-founder] Jim Stewart asked me about, when he asked me about doing the album: he said, “The only thing that I ask is that you use the best musicians around,” and that’s what I did. It turned out pretty well.

MV: It really did. Hearing these songs properly — not on YouTube or something — is quite an experience. What led you to go for the sound that you got on the record: was it just the musicians with which you were working? 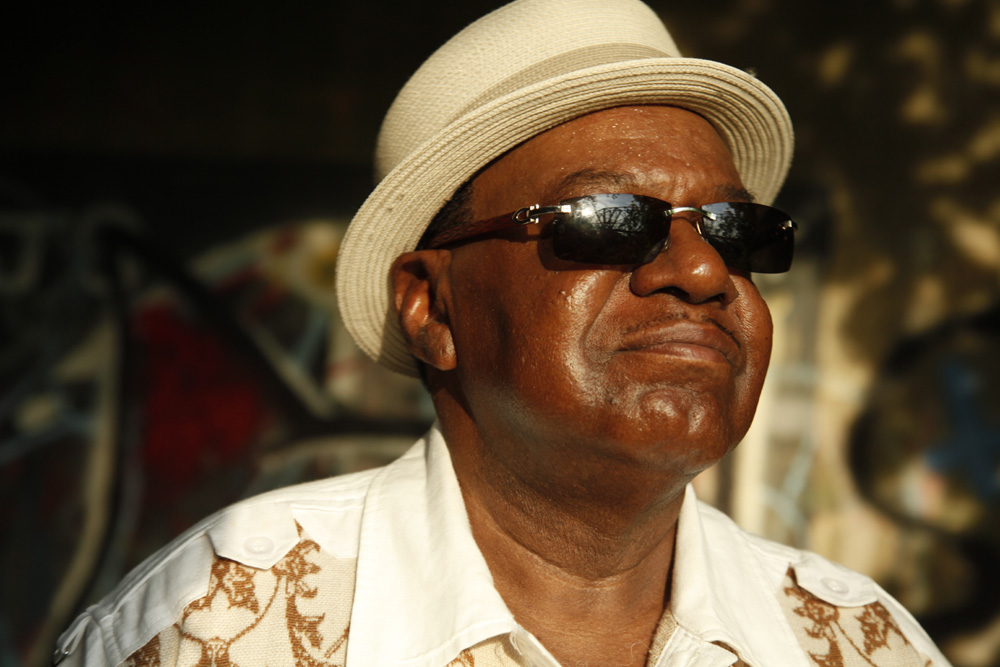 MV: “The Whole Damn World is Going Crazy” is not just the finale of the album, but kind of a grand finale. What was the inspiration behind that song?
JGW: It came from reading the papers with wars, rumors of war, mothers leaving kids without love. Was that a choice? Was that the way God meant it to be? I could express all those things. I couldn’t express everything, but I came as close as I possibly could in those three or four minutes.

To be honest, I didn’t expect the record to be a success. I just had something that I had on my mind that I wanted to get off, and I never expected it be a commercial success. I was reading the paper and watching the news, and it was so obvious to me: love is the only thing that can conquer hate and what I was reading in the papers and seeing on the news everyday was just leading me to believe that the world was going crazy.

It had me so frustrated, because I felt that it was so simple. Love is the answer. If we just chose to love, as opposed to hate, we wouldn’t have the situation that we were in. If I had written that song yesterday, it would still be on time, and that’s the hurtin’ part about it. Hasn’t too much changed.

May I ask you a question?

JGW: Other than “The Whole Damn World is Going Crazy,” which song off my album would you choose to release?

JGW: I didn’t particularly like that. I wrote that for a female artist [laughs]. Something went wrong, and I ended up doing it myself, because I had cut the track on it. The artist was Toni Green, and I was trying to get her signed to Stax Records, and I wrote this song for her. I don’t know – something went wrong with the contracts or something, but I had cut the track already, so I went and put it on the album. But that’s the one you would’ve chosen, huh?

MV: Well, that or the Four Tops’ song, “Ask the Lonely.” Your version seems a little more sad.

You can grab the reissue of Williams’ solo record, here. It was released in late April.