Tracklisted: You Can Do This 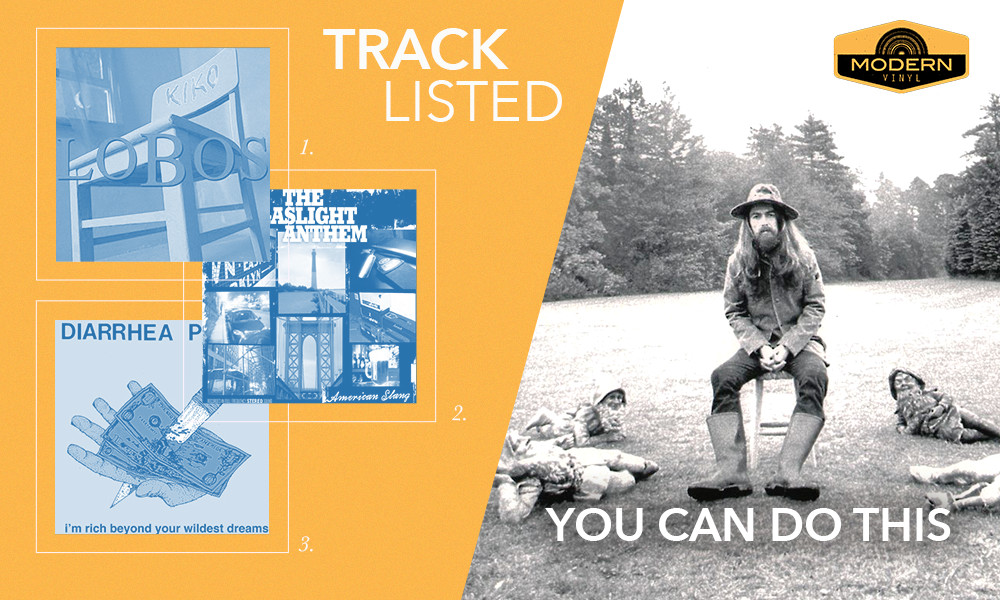 Without going into a lot of explicit detail, things have been rough lately, and it’s basically a constant struggle to wake up in the morning and drag myself out of bed. This is to say nothing of the shitshow that is the news each and every day. In other words, it’s a constant barrage of horrors, leaving me aching with dread any time I stop and give myself a moment to think.

With that cheery intro, I’d like to think I’ve figured out a coping strategy which isn’t necessarily unique, but it certainly works: I have a series of songs to which I can go to in order to put one foot in front of the other and march on through. They might not work for you, but they’re a little slice of “not awful” within the larger sphere of nasty that seems to be where life is currently headed.

George Harrison — What Is Life (All Things Must Pass)

Horns help a lot, I’ve found. A full regiment of brass backing up a song can really perk up any shitty day — it’s why you see Motown songs used in so many films as backing for happy montages. The existential angst of the song plays nicely against the upbeat music, which keeps everything grounded. Too upbeat or peppy and the sacharine sweetness will kill you like anaphylactic shock.

Ryan Adams — To Be Young (Is to Be Sad, Is to Be High) (Heartbreaker)

“You were young, and man, you were sad” is basically the story of my life — never able to sit and be happy for long, until my brain decides that it’s going to start figuring out ways to cripple me. But, Adams’ song manages to be the sort of thing that is simultaneously advice to the young, and to the…less young (I’m not calling myself old), saying: “Hey, you think you’re miserable now, but you were then, you will be later, and just deal with it/Maybe dance to this.”

This is a pretty new addition, despite the fact the LP’s nearly 45 years old. It’s just so fucking positive that it’s almost absurd, but Wray’s vocals make his lyrics more like the advice of a gruff uncle than some self-help guru, while the line “Don’t hurt yourself as others do” makes me burst into tears nearly every time I hear it; it’s just so simple and kind. Hell, the chorus — which is the title — is chanted with such earnest belief in the listener that it’s like a hand on your shoulder and someone saying, “You’re gonna be all right!”

This isn’t a lyrical thing. The lyrics are a “push on, keep on” kind of thing, exhorting someone to get up and keep moving, but for me, this is just an instrumental pick-me-up. Again, horns, but that guitar and drumbeat just keep me moving and gives me the ability to go one step further. It’s under three minutes, and I could just listen to it on infinite repeat, because it seems to be the sort of song which understands that you might be on your last legs and need reassurance.

Handclaps and finger snaps are pretty good pick-me-ups, too. And “woo-ooh” and “whoa-ohs,” too. I mean, it’s pretty basic Springsteen worship — as all the best Gaslight Anthem songs are — but there’s something about how this song is about how great its subject is, and how great these people are. It’s a blatant appeal to nostalgia and a better time, which kind of makes it the inverse of Adams’ song, but goddamn, it works.

Yes, this song’s about a relationship going to hell, but like, honestly, it’s the best representation of how someone can really make you feel better just by being near you, and having that person on the same couch as you can just make your day so much less worse. “Been feeling so sad/ My brain’s been scaring me so bad” is maybe the most accurate pair of lines to encapsulate most of my days. I think that’s why I relate to it so much. Just knowing that Kate Eldridge also feels like that makes it a little easier to go on — because there’s someone who understands.

We’re going to end with a song which is literally about bucking the fuck up. The band’s Jordan Smith told Spin that the song is based on conversations with a girl he was dating at the time: “I was going through a rough time, but she encouraged me while also kicking my butt. That song is based on conversations of encouragement between us.” It’s a pure fist-pumping, triple-guitar attack on your bad day, and I’m about one paycheck away from getting “So dig your heels in/And grit your teeth/And quit your bitchin'” tattooed on my arm for a constant reminder that I can do this.