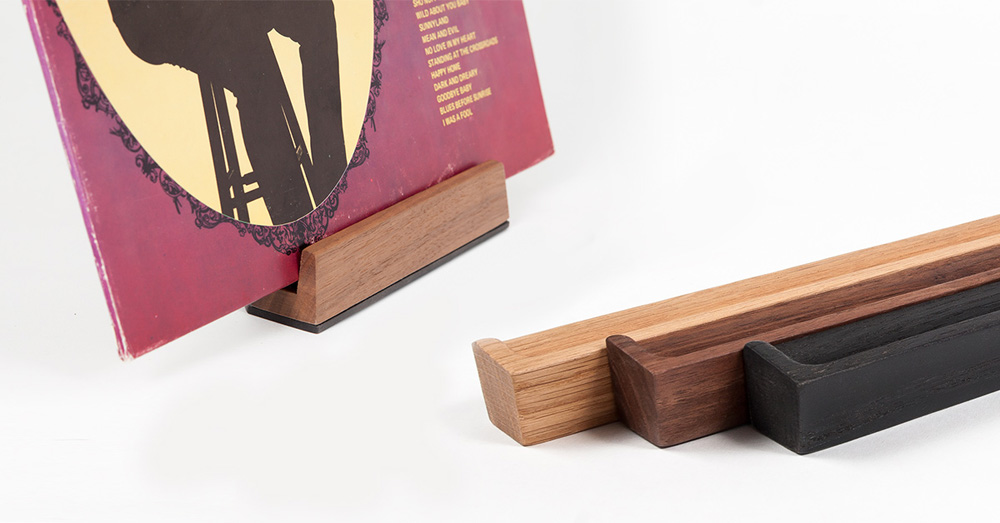 A few weeks back, I received an out-of-the-blue email, reading:

“My name is Brandon Knowlden and I run a small wood shop in Chicago. I am an artist and a wood worker. For me, my records’ album art is just as important as the music, but the problem with most record displays is that they don’t compliment a high-end setup. They’re plastic or particle board or just plain cheap (quality, not cost). I don’t have a million dollar setup, but my Bowers and Wilkins speakers need something that compliment them, not distract from them. And displaying the sleeve artwork is, for me, essential. Visible Vinyl is a solid wood record frame – sounds dull, but please take 2 minutes and watch the video.”

So, I checked out the video on their Kickstarter page, was suitably impressed, and emailed Knowlden back. We chatted a bit, and then he offered to send over some samples of the Visible Vinyl product. They showed up the next day, I dug into the box, and was – again – impressed. Cool as the displays are in the video, holding them in your hand makes for a lovely tactile experience.

The wood’s sanded and stained, but there’s no shellac-like finish to it. They’re silky smooth and super-minimalist, which is nice, because they’re pretty unobtrusive if you don’t have a sleeve sitting in one. The mounting even makes it to where, in theory, you could buy a couple different stains and swap out out the displays, depending on what record you’re showcasing. We received the oak and the black, while currently trying to puzzle out where to put them.

The tabletop display is perfect for those, like me, who don’t have their turntable set up in a place where there’s free wall space. It’s also perfect for renters who don’t want to jack up the drywall in their home or those who have doubts in their technical abilities. Either way, it’s pretty great. It’s made of plate steel for the base, with the same great wood and stains for the display itself. 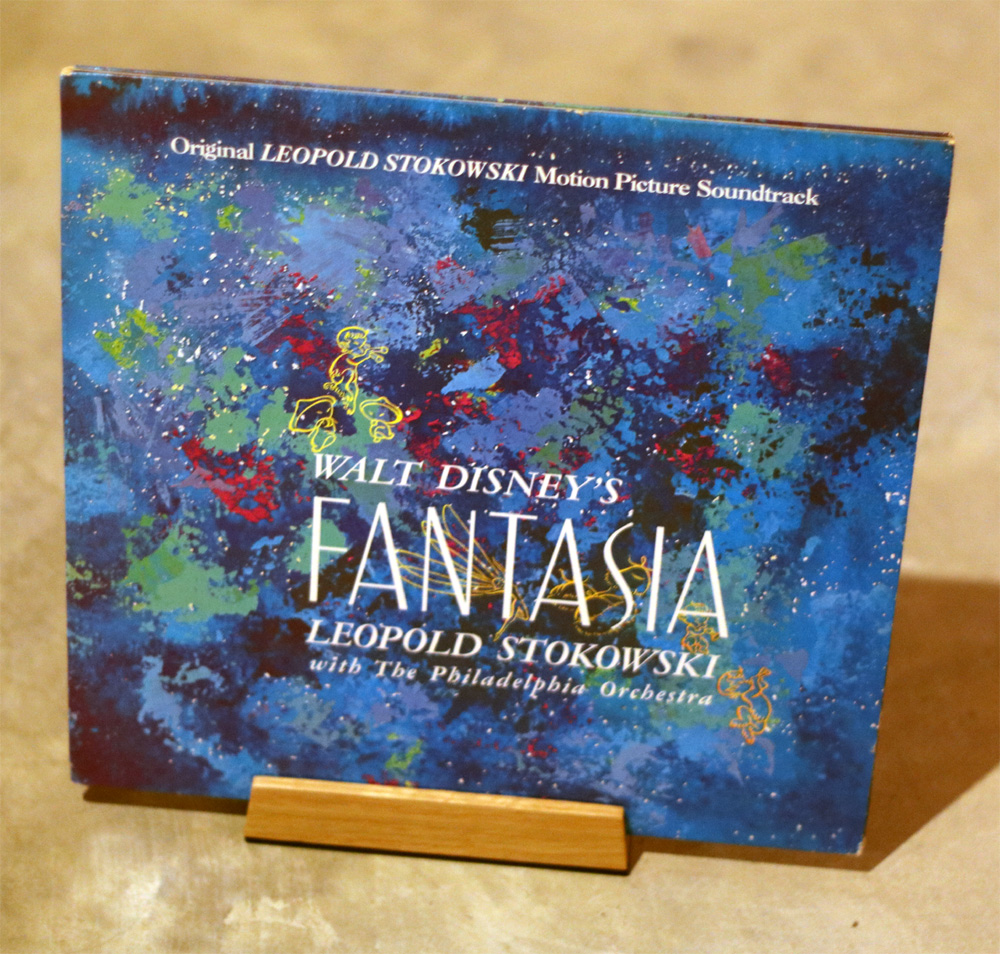 It’s a bit limited in what it can hold, however. Primarily a single LP in a heavy sleeve or a slimmer double LP. Thick, tip-on style double LP jackets won’t fit, nor will any of those crazy-thick sleeves Death Waltz used for The New York Ripper or Room 237; if they did, your single disc records would lean at a nearly 45-degree angle. Most records in your collection will look aces, though.

I called up Knowlden last weekend and talked with him about the company he founded, Well Made, which he started in 2013 after ten years in advertising. His concept behind Well Made was to flip what he’d done in advertising — creating a spot which cost a million dollars to run for 30 seconds — into something more lasting — creating something which costs $30 and lasts for a million years (or at least, longer than you).

Essentially, it’s the appeal of something tangible. Knowlden points to the example of the company’s flagship product, a magentic poster frame system called STiiCKs.

“I grew up as an artist, and it kind of bummed me out that framing was so expensive,” Knowlden explained of the product’s genesis. “So, I looked at a frame and what I could eliminate from it and still have it function.”

They removed the sides, the glass and the matting, ending up with the piece. A set of sticks with magnets embedded in them seems simple, done at the first crack, but Well Made has been refining every new iteration as they’ve gone along over the last three years. And given that it’s in the MOMA and the Smithsonian, you can be assured that the company knows form as well as function.

“To have something custom-framed well, it’d be $200, and the print cost me $30,” Knowlden continued. “And because they’re magnetic, and you can take things on and off [the wall], it turns artwork into kind of a habit, as opposed to something you put on the wall and leave alone.”

This is what makes Visible Vinyl work, as it further refines the STiiCKs concept, and applies it to a medium that is inherently transitory. When you’re spinning a record, you’re going to have that jacket out for the entirety of its playtime. Given the frequent declarations of vinyl fans that part of the appeal of an LP is the art being better, it seems a damned shame to throw the jacket to the side while the record spins.

“There’s a great physicality to it, isn’t there?” argued Knowlden. He continued to say that one of the things that Well Made has honed in on is that the world isn’t slowing down, with everyone expected to be on Twitter, Instagram and Facebook, and that the one place that we give ourselves permission to slow down is in our own homes.

“Inside our homes, we all have these rituals and habits that make us feel safe, right?” Knowlden asked. “Vinyl is one of those things where we know that it’s a shared experience. For me, as an artist, there’s this confluence where a vinyl record has music, but there’s this jacket that you held in your hands beforehand, and once you’ve put on the record, there’s no place worthy of a nice speaker setup to display that.”

It’s true: at best, most of us lean the sleeve against the wall. So, what Knowlden and Well Made wanted to do was turn their attention to their ability to create something that lets you see the art, and have it do what it was designed to do, which is act as a compliment and enhancement of the music.

“Look at Daft Punk’s Random Access Memories,” offered Knowlden as an example. “You put that album on, and the music is better if that cover is staring you in the face.”

The pre-sale for Visible Vinyl is currently running via Kickstarter and ends on July 18, and you can get all kinds of deals if you buy now (for instance, you’ll save $8 on the tabletop display).