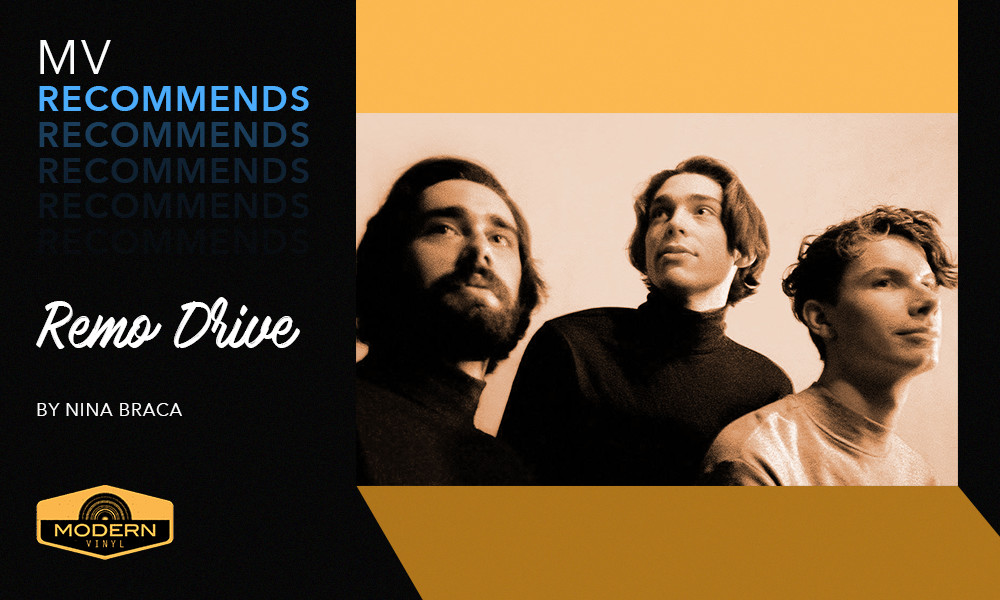 Seemingly out of nowhere, Remo Drive has found success in 2017 with first full-length, Greatest Hits, which debuted earlier this year and was accompanied by a music video drenched in ‘80s John Hughes aesthetic.

The upbeat nature of their songs might remind of a carefree, California-based and thus beach-y rock band, but in reality they’re from Minnesota — homeland of Target, The Mall Of America and blisteringly low thermometer readings.

At first, it’s easy to write them off as another boy-band-esque emo group draped in millennial pink. What makes it work, though, is that yes, its lyrics fall within that buzz word genre designation. But it’s set to persistently positive riffs, and its end product is an optimistic brand of music that helps create an illusion that while everything sucks, you can try and be a little bit positive about it (think Paramore’s After Laughter part 2).

The writing here explores the idea of trying to stay positive in a world that, quite frankly, really sucks. Of course there’s some classic “love hurts” songwriting, but it goes beyond that. The lines from “Crash Test Rating”: “Admit it, you never really felt right/I question myself all the time/Admit it, you never really felt fine/Dismiss it I need it right,”  sung over a thoroughly charming guitar riff will be a moment listeners can take comfort in during this rollercoaster of a year where nothing seems to work out.

Their original vinyl pressing of Greatest Hits, featuring 300 pink and 200 clear with pink splatter copies, has sold out, but you can sign up here for more information on their next round.