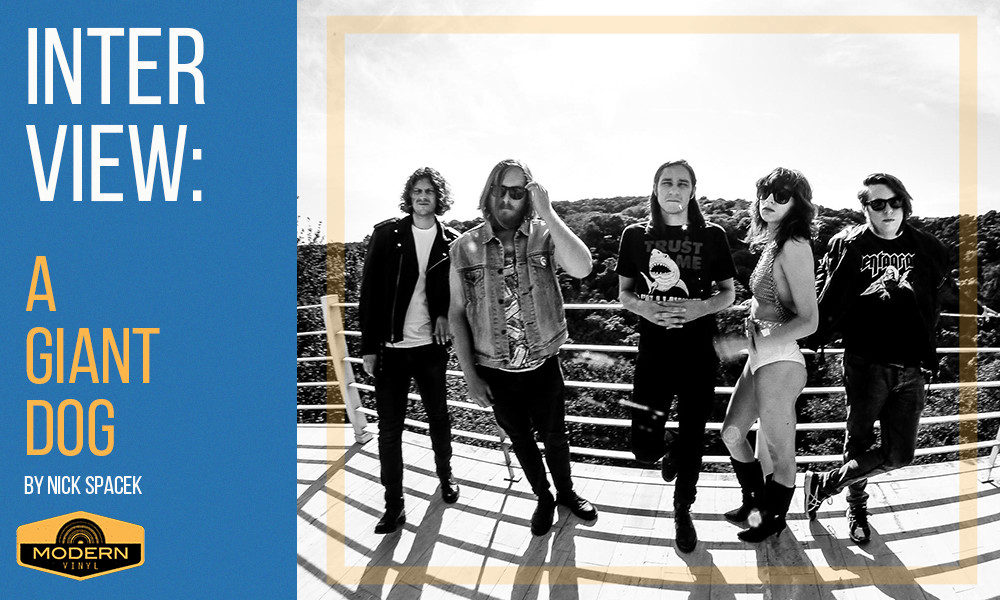 It seems like many articles on Austin’s A Giant Dog tend to focus on the band’s stage shows and the things which happen when vocalist Sabrina Ellis performs. What seems to get shunted to the side is the actual studio music, the band having released three very excellent albums – Fight, Bone, and Pile — with a fourth, Toy, out today on Merge Records. The music of A Giant Dog is driving, pulsating stuff, and it’s never been more apparent than on Toy‘s first single, “Bendover.” It’s a big — nay, huge — blast of punk rock with the power of a ’70s arena band. We’re so besotted with it that this where we started our phone conversation with Ellis and guitarist Andrew Cashen as they drove from Austin to Portland to play a show with their other band, Sweet Spirit.

Editorial note: The phone connection faded in and out during our talk, so what’s presented here might be a little disjointed. We’ve attempted to preserve what did come through.

Modern Vinyl: Who wrote the line, “I’m not a lover: I am a fight” in “Bendover”?

Sabrina Ellis, vocals: Do you relate to that line in particular, Nick?

MV: The first time I heard it, I was just like, “That is fantastic.”

SE: Well, thanks. That’s a Sabrina rhyme and Andrew wrote the composition of it — the music, that sweet bass riff. But that line is the best part of the song.

SE: I’m gonna frame that line and hang it in Andrew’s room.

MV: Where did that line come from?

SE: That’s an interesting question, because I remember Andrew saying that he wanted to use the word “fight” in that song. He had an idea for that song to be about a fight. But the song ended up morphing into a song about sex: power and control. People like to use the words “domination” and “submission” when they talk about sex for some reason, but when people get with each other, there’s definitely a transfer of power.

So, in the song, sexual intimacy is being compared to a fight, in a way, because in the interaction there’s a lot of vulnerability and a lot of power there at the same time. People like to call it “dominance” and “submission” and think about people’s fetishes and S&M as being nasty, dirty things, but I think it’s important for anybody to acknowledge that they have power when they become intimate with another person.

MV: What I really enjoy about that song and its video is that there’s an inversion of standard rock ‘n’ roll tropes. There’s this taking of the big, cock-rocky riffs and making them less misogynist.

SE: I get what you mean. I like that the song is riffy and follows this kinda classic pattern.

AC: Taking the cock out of the rock. [laughs]

SE: Taking it all over. Tossing it. Juggling it. [laughs] I think that our video takes hip-hop aspects and uses them, but then we have the dancers that are just super artsy. I feel like [choreographer] Hailley Laurén did a really good job of taking the dancers and making them scary. I think that is exactly what the song is about. 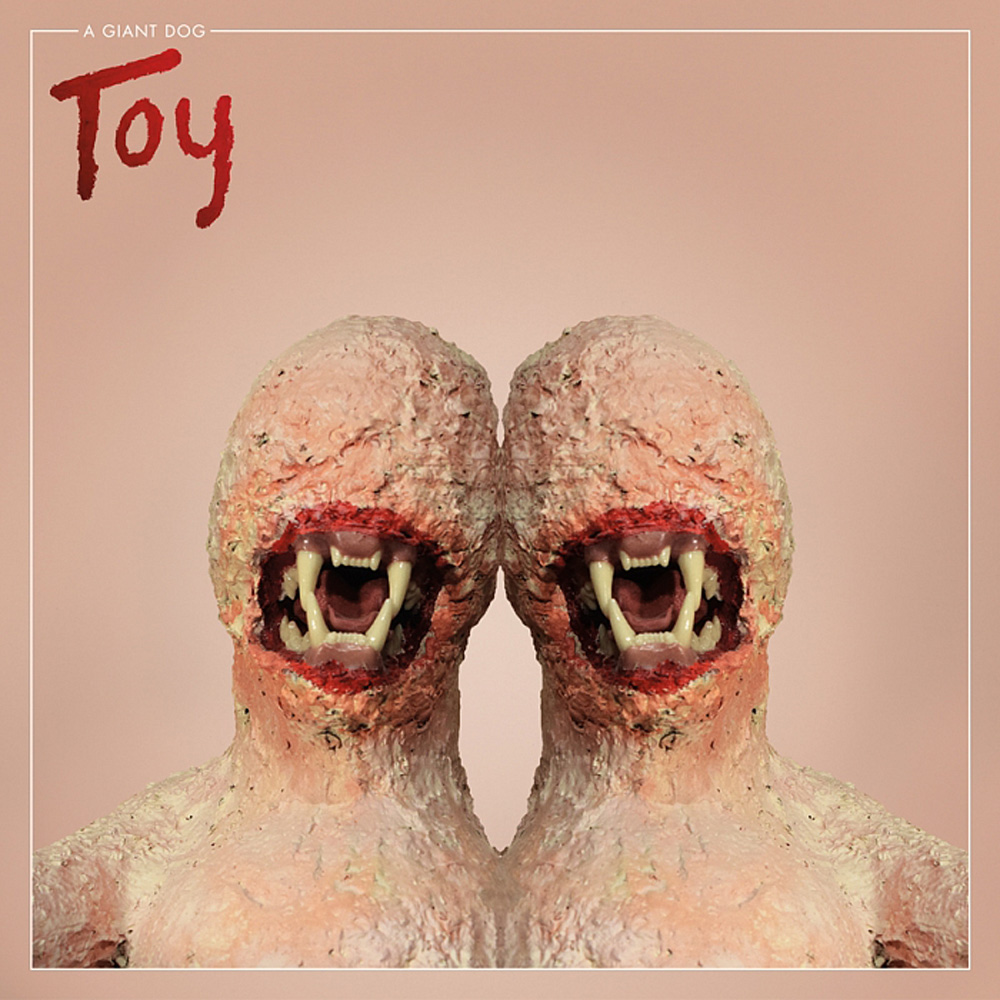 MV: I feel like there’s always a drive behind any A Giant Dog record, but “Toy” seems like it’s ferocious.

SE: Andrew has the best look on his face right now. It’s like the villain in the comic book just realized his power.

MV: What was the songwriting process for “Toy,” which might have changed things up from previous records?

SE: We were busier than we’d ever been. Andrew had been working on riffs for this album over the course of two years, but we didn’t start making them into full songs until about May of last year. A Giant Dog was on tour, and it was the first time Andrew and I had tried to write together while on tour. We got a cabin in upstate New York and we sat together with a little amp. That’s actually where we wrote “Bendover.”

I remember sitting there and scratching away on some lyrics, and when I wrote the lyrics, I was actually embarrassed to say them, because A) They’re racy, but B) Our whole band was just kind of hanging out, putting on sunscreen, snacking on chips, and I had these lyrics that normally, I would just say to Andrew. He kind of filters sometimes, or lets me know what’s going to work.

So, I had to speak the lyrics in front of the entire band, and I felt really vulnerable, so I didn’t want to. I handed the paper over to Andrew, and he started reading them and his face kind of blushed a little bit – which is kind of rare – so, I knew that they were good at that point. I think that’s what made this [record] different was delving into our vulnerable side.

We use a lot of jokes, and tongue-in-cheek, and shock value in A Giant Dog, but on the other side of that, there’s a lot of the same shit that anybody goes through. Vulnerability, self-doubt, battles with your own mortality — I think a maturity in our life has made us more willing to write about that stuff, and let other people in on it, who want to experience it with us.

Just being busy, there’s not a lot of time to think on it. “Do I want to expose myself this much?” — there was no time to wonder that, as busy as we were. Once we got in the studio with Stuart Sikes as engineer and Andrew as producer, we had five songs still without lyrics. I was pretty nervous about that, but it turns out that we do well under the gun — under pressure.

Toy is available on vinyl from Merge Records.